Are Lawsuits the Answer? 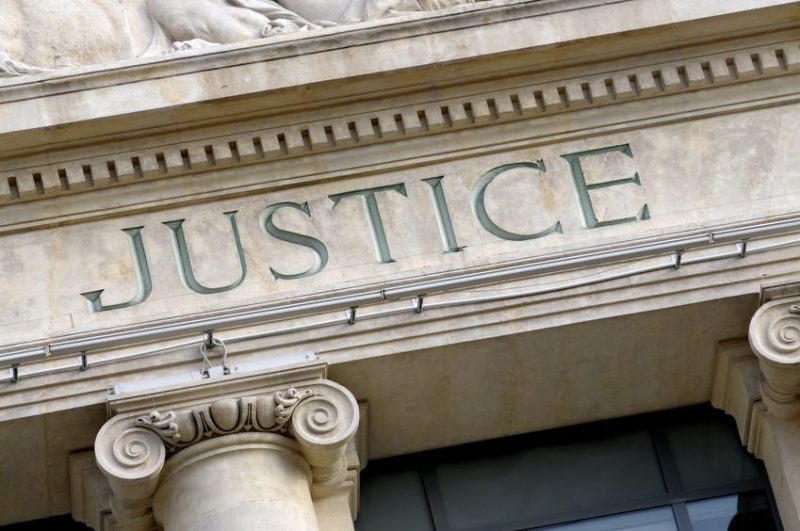 The big news in the fitness industry is 4x Men’s Physique Olympia champion Jeremy Buendia’s $1,000,000 lawsuit against defendants he alleges have defamed him, caused him to suffer measurable damages, and who he’d like to enjoin from further alleged behavior. The concept of using civil litigation to right wrongs on social media is an interesting one. Journalists enjoy any number of protections under the Constitution, but character assassination isn’t one of them.

For our purposes, a person who enjoys success on stage, who has amassed considerable wealth, and who has a high value to his/her name and likeness, has a very big stake in protecting these elements. Without taking sides on the aforementioned case, because ultimately the only opinion that matters is that of the court, we can discuss the concept of the lawsuit as a measure taken by fitness celebrities in an increasingly hostile and clickbait-driven media. As I’ve said on previous occasions, the mainstream media has tamed considerably when it comes to running physique-based athletes through the mud. Unfortunately, it’s the fitness industry’s own media, that’s now taking on that very outrageous task. And while most, though not all, outlets and youtubers are increasingly hard on the athletes, it’s largely because they’re all acting upon the same limited number of facts. Some will take the athlete’s side, but those who want more hits, will strive to be more controversial, opting to come down hard and/or hold very unpopular stances. Here is where many of the problems lie. In order to be controversial, many industry reporters rely on imaginary sources, they like to play on the emotions of viewers, and they’ll go above and beyond to create clickbait. Clickbait can best be described as professional trolling. Outlets will put an eye-catching headline on a video or news article, with the hope that a viewer and/or reader will click. Clickbait has become a very real problem. Fake news is also on the rise, but the ultimate issue at hand is, in fact, defamation.

Clickbait renders hits – it’s not rocket science. The reason a site wants more hits, could be for a few reasons. For starters, many pages are monetized and get money based simply on clicks (whether or not those clicks lead to direct sales or not). Other pages rely on clicks when generating daily, weekly, and/or monthly stats. The higher their level of traffic and the longer visitors stay on particular pages and/or surf around a particular website, the more these sites can charge their advertisers for banner space. Other sites, who may not be looking for clicks on monetized programs and/or beefing up their stats to increase ad rates, may simply want a better ranking for their websites on the world wide web. There’s a variety of reasons for a site wanting more clicks, some maybe not even listed here.That being said, those falling for the clickbait won’t get fooled more than once or twice before writing off an outlet entirely. This is why many websites who use clickbait, often times don’t stop there.

It’s the pages that post clickbait titles (in all industries and walks of life), but then back up those misleading titles, with actual fake news, that are wreaking major havoc. It’s not really clickbait if there’s a story to back it up, even if the story is, itself, false. Fake news is even worse than clickbait, because the stories are being created out of thin air. Some of the outlets that disseminate fake news will often times try to shield themselves by citing anonymous sources, anonymous tips, and/or stating they are only stating opinion. Opinion or not, if the statement is made assertively enough, so that a reasonable person believes it’s a factual assertion, these outlets might have a problem in court.

Whereas clickbait is just the tip of the iceberg and fake news is an escalation of the problem, defamation is the ultimate wrong. For an outlet to intentionally put out false information, with the purpose of character assassinating, this is a very real problem. It gets worse considering how popular the channel is and/or how many views the video in question gets. Also, it’s fairly common for an outlet or lone reporter who sees one video go viral, to try to repeat those numbers in a second, third, or more videos. These folks know what they’re doing is wrong, but it’s very seldom that a victim of defamation, in this day and age, hires an attorney and sees a lawsuit through. It’s a very expensive and time consuming process, which can include numerous depositions, in-depth discovery, and long drawn out court proceedings. That being said, if and when the elements for defamation (whether slander or libel) are met, a strong case could not only stop a defendant from victimizing a plaintiff, but the court could choose to make a strong example out of said defendant, through imposing punitive damages.

Punitive damages could be used by a court to tell an entire industry that this brand of reporting is egregious and will not be tolerated. A strong enough outcome in such a lawsuit, could create a powerful legal precedent that would put the rest of the media on notice. It would also make it easier for future victims of the alleged type of tortious activity, to successfully enjoin said behavior, and prevail with regards to damages, attorney fees, and court costs.

Now, I’m not going to speculate as to Jeremy’s case or any case in particular, but I will say that certain news outlets and youtube channels in the fitness industry have gone considerably beyond the norms of decency in their reporting. I will also say that their fact-checking leaves much to be desired. Many of these outlets are engaged in a race against each other to break stories and have the biggest followings, possible. This pursuit of instant gratification and pure pride at play, has caused, at least some, to lose any and all semblance of their journalistic integrity.

What’s your take on victims of alleged and/or potential defamation using civil legal measures to stop the behavior and recoup damages? Do you think if a court essentially shut an outlet down or slapped so many liens on it (in expectation of future payment of damages), that it would cause other outlets to reassess their news-gathering and news reporting protocols?