Athletes Are Born or Built? 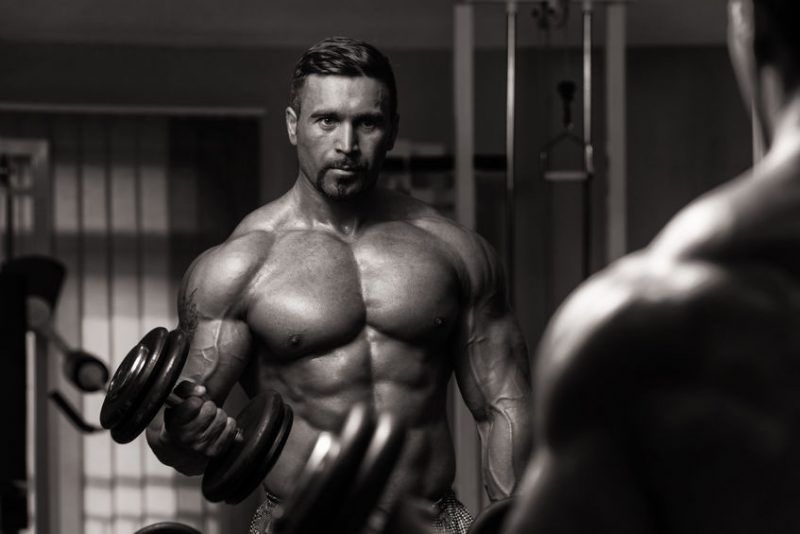 For me, personally, the answer to this is a no-brainer. But there may be people out there who think differently about the subject. So, I thought it would be a cool little article to put down what my thoughts are, see if they align with yours, and open up the dialogue a little bit in the comments. Here’s what I want everyone to think about: Athletes are born or built? What say you? Below are my thoughts.

Is there a right or wrong answer?

Everyone is welcome to have their own opinion on the topic. I have mine and I’m sure you have yours. Are they the same? Maybe, maybe not? Either way, that’s ok as I’m not here to prove anyone who disagrees with me as being wrong.

Athletes Are Born or BUILT

I would actually categorize this the same way I would categorize if leaders or entrepreneurs are born or built. To me, in my eyes, athletes are built. Same with all of the other examples I just mentioned. When we come out of the womb, we don’t know day from night, up from down, or literally ANYTHING at that point. To say we come out blessed with certain abilities, in my opinion, is a bunch of nonsense.

Did Michael Jordan come out with a basketball in his hand and a pair of Air Jordan’s on his feet? Did Gary Vaynerchuk come out with the ability to sell and market anything? The answer is no. So, to say that athletes are born simply does not make sense. We learn things as we grow. We experience success and failures. We are good at some things while terrible at others. As individuals, we are all different and have different strengths and weaknesses. Sure, some are blessed with amazing genetics where they grow to be over six-foot and can naturally put on more muscle mass than others (possibly due to higher natural testosterone levels). Some of us pick up on math and can see numbers differently than others. We are all unique in our own ways.

I’m 5’9” and 200 pounds. Will I ever be a linebacker in the NFL? Probably not. Can I play football and be good at it? Sure. But to tout me as an “athlete” or “football player” would be ludicrous. So, in that sense, I cannot be “built” to be an athlete. But that doesn’t mean someone else who has better talent and genetics couldn’t be “built” into an athlete.

We Learn as We Go

We all learn things through simply living life. We learn to shoot a basketball. We learn to multiply. Some are better than others at each. Our lives are shaped based on our experiences and what we learn as we grow. If someone is never introduced to the game of tennis, they’ll never be a tennis player. If Pete Sampras (I’m dating myself) never picked up a tennis racquet, he’d never know what his potential would be. Nor would he have ever won so many Grand Slams if he didn’t work at his craft and shape his behaviors to allow him to be one of the best tennis players in the world.

Do you think Phil Heath woke up at the age of three and knew he was going to be Mr. Olympia? At that age, he probably didn’t even know what bodybuilding was. So, to say that people are “born” as something, again, doesn’t make sense to me. Phil was a basketball player before getting bit by the bodybuilding bug. He wasn’t born with huge muscles, he had to build them.

Why do you think athletes work with so many coaches? Because they weren’t born with all of the abilities they need. Pitchers learn the various grips on the baseball to throw different pitches. Nolan Ryan wasn’t throwing 100+mph fastballs because he was born with a pitcher’s arm. He slowly worked on his craft, his mechanics, his strength, etc.

Some people are born into families where they are able to succeed based on who their parents are. While not always the case, it’s hard to argue the fact that Lebron James’ kids are good at basketball because of who their dad is. Likewise, a successful entrepreneur could influence his or her kids to follow in their footsteps simply due to the fact that their kids watched everything they did growing up and that’s pretty much all they know.

Kids learn a lot from their parents – both good and bad behaviors and habits. Habits and behaviors are learned and not something we were born with. Also, it comes down to the choices people make. No one is born fat or a smoker. They contribute to the behaviors they chose. The same can be said with athletes. Their behavior towards playing a given sport was chosen. It wasn’t forced upon them (even though some parents could force their kids to play a specific sport) and they weren’t born to play the game. These are all things we pick up as we go through life and are created due to individuals’ actions. Again, these are my thoughts and opinions based on what I’ve seen and gone through in my own life.

Do you agree or disagree with me? It would be fun to talk about this in the comment section and debate a little. Let me know in the comments if you think what I’m saying is accurate or if you believe people are “born into greatness.”