Benefits of Swearing Loudly While Working Out at the Gym 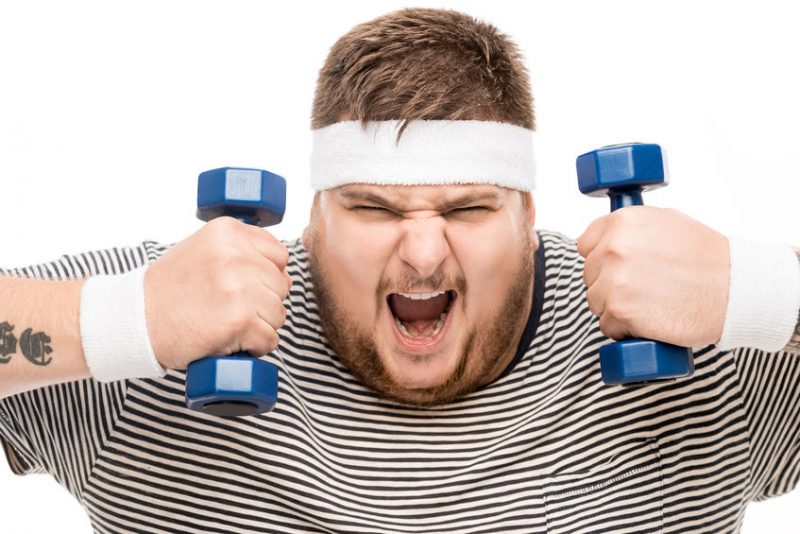 No, you didn’t read that incorrectly and no this is not clickbait. I’m encouraging you to start swearing out loud during your workouts. Know why? Well, because research is telling us we should. I’m not kidding. Check out this f*ckin study.

*I said it out loud so it’s all good and technically I’m in a gym while writing this article, soooooo… (LOL)

I Know You’ve Been Waiting for This News

You’ve heard it. I’ve heard it. We’ve all heard that swearing is a no-no. It was ingrained in our head as a child and when we slipped up, our parents punished us. Well, at least mine frowned upon the use of such language (your mileage may vary). So, I was left swearing out loud when they weren’t around. HAHA.

But for as long as I can remember, swearing has been deemed inappropriate no matter its use or when/where it was used. I remember getting in trouble as a kid when my dad cut off the tips of a few fingers while working on a project in the basement and I said, “oh sh*t” when I saw pieces of his fingers on the floor (wasn’t a pretty sight). But still, swearing in that instance was not acceptable.

However, with the research I’m about to share with you, that all might change (at least when it comes to swearing while working out). Ok, it’s unlikely that people will ever deem it acceptable, but at least you will have a study you can share with whoever is telling you to censor your potty mouth. Or, just tell them to STFU (I’m ok with either outcome).

F*ck It… Start Swearing Like a Sailor When Exercising

Thank you, Long Island University Brooklyn, for providing evidence for my need to be swearing during my workouts. Not that I really cared what people thought, but I now have evidence that what I’m doing makes sense. Why? Because science, that’s why.

According to the study from LIU, swearing out loud during your workout has been shown to increase your performance, strength, and power. The study looked at power output on a stationary bike as well as grip strength. The findings revealed there was an increase of 4.6% in power output on the stationary bike when participants were swearing out loud as well as an 8.2% increase in grip strength.

One of the researchers was quoted saying, “Swearing appears to be able to bring about improvements in physical performance that may not be solely dependent on a stress response arising out of the shock value of the swearing. We know that swearing appears to be handled in brain regions not usually associated with language processing. It is possible that activation of these areas by swearing could produce performance improvements across many different domains. Cursing may allow people to shut down their inhibitions and somewhat veil the effort and the pain of this really difficult task. Using swear words might be helpful in any circumstance where muscle strength and a sudden burst of force or speed, is required.”

The method that they implemented to determine the word used for swearing was told to be the same as if the participants had hit their head on something. As you can imagine, there are quite a few words you can think of using in such a circumstance. They also gauged the results using a non-swear word in which they were to use a word that would describe a table. (Drastically different words as you can imagine)

That’s really all there is to it. It wasn’t some elaborate study with a bunch of technical jargon. The research simply speaks for itself. Swearing out loud when working out is actually beneficial. Now, you need to be mindful of the rules of your gym and not break them just because this research says you need to be swearing. But you should keep this in the back of your head and even use it and try it out for yourself to see if the results are the same as the study (only using actual lifts and not a bike and grip strength).

It should be noted, I’m not sure how “loud” the person needed to scream in order to see the results provided from the study. Was the word used simply said out loud or shouted? I can only assume there needed to be some serious vocalization behind it and not simply whispered?

My Thoughts on the Findings

I’m finding the conclusion from this research to be extremely interesting, yet at the same time, not finding them unusual at all. For me personally, when I think about getting pumped up and increasing performance and strength, I think about the times I put myself in the situation where I would get fired up and angry. It would bring out a primal aggression and I felt I naturally became stronger than if I was simply not in the mood to lift and going through the motions.

I mean, when you swear it generally has some context behind it that explains a certain emotion or feeling. The same effect of using the word “flower” instead of yelling “f*ck,” in my opinion, would definitely provide a very different outcome of a lift.

What is your opinion? Do you agree or disagree with what I’m saying? Do you naturally feel more powerful and aggressive when you’re swearing?

I’d like you to try this for yourself and report back to us with your findings. Let us know how you make out by swearing out loud when you’re working out. Did your strength, power, and/or performance increase when you started swearing out loud during a set? Let us know down in the comments.