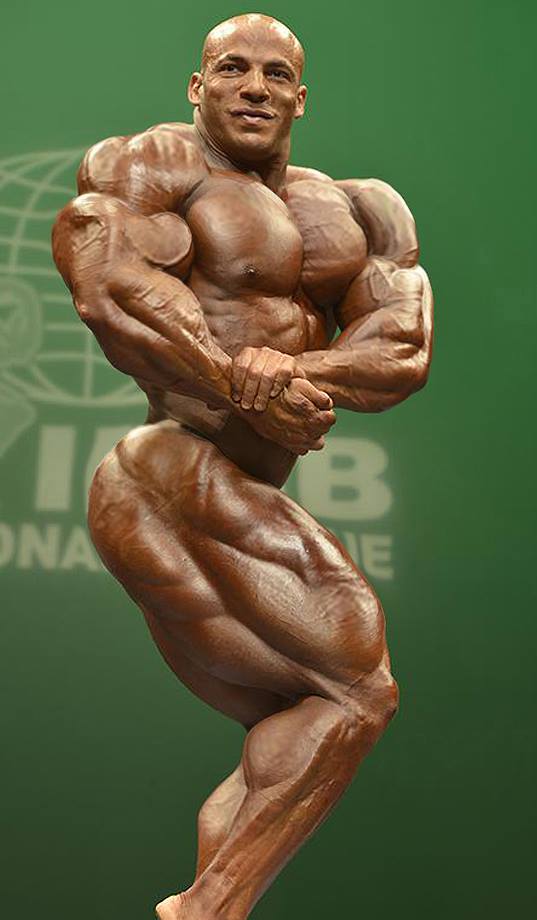 2018 was a very confusing year for fans of Egyptian phenom Big Ramy. In 2017, he shocked the world with a very impressive runner-up finish to 7x Mr. Olympia Phil Heath. At that point Ramy had everything he needed to ensure his eventual success. He had a great supplement sponsor, he worked with a great coach, and he worked with a fantastic gym. A key part of Ramy’s calling card has always been his size.

Too many, he’s the Ruhl of his day; however, for those of you who remember clearly, Markus always had a very intense degree of conditioning. Ramy has had that degree at some shows, like when he won the NY Pro, but he wasn’t actually all that conditioned at the 2017 Olympia, where he landed the best placing of his career. That being said, he was the second best in 2017 and and when you take 2nd at the Olympia, the one thing you don’t do, is drastically change your physique. If you were to take Ramy’s look in 2017 and compare it to Shawn’s winning physique in 2018, Shawn wins hands down. If you compared Ramy’s 2017 2nd to Brandon Curry’s 2019 win, Brandon wins hands down. The fact is, Ramy’s look was good enough for 2nd in 2017, but it really wasn’t anything all that spectacular. This is why, when he tried to bring an even better massive look in 2018, not only didn’t he win, but he fell down the placings.

After the 2018 debacle, Ramy cleaned house. He basically cut his longtime coach and left his longtime gym. He went to the Neil Hill, the legendary guru that prepped The Welsh Dragon, James “Flex” Lewis, and also had bodybuilding champion William “The Conqueror” Bonac, among others. What was interesting about this relationship is that for all the talk online, they never actually did a show together. Ramy was supposed to do the Arnold and supposedly got injured. Then he was supposed to do the Tampa Pro, but never did. What I think ultimately cost Hill the gig was, his belief that Ramy should scale his physique down, considerably, come in a lot more streamlined and aesthetic. Was that bad advice?

I actually think Hill’s approach may have been the winning ticket for Ramy. If Ramy came into a contest in the 270’s, with ripped hams, truly striated glutes and great condition, then he could have been competitive in where the division was going. See that’s the thing, runner-up’s don’t lead the sport. The fans’ applause doesn’t either. The last few champions we’ve had, have not been mass monsters. The last big mass type champion, was Jay Cutler, and even Jay in 2010, 2011, and 2013, was not the Jay of 2001 or 2006. Times changed with Phil. Shawn was even more streamlined than Heath. Brandon has made mass somewhat cool again, but he’s also not a mass monster.The fact is, bodybuilding is a sport of apples and oranges, but even the best looking melon, may not be enough. If Big Ramy ever won a Sandow at 300lbs+, then every guy who wanted to be Mr. Olympia would have be a better mass monster than him. That means the entire top-end of the sport would chuck aesthetics out for size. That’s just not something I think the judges want.

Nonetheless, Ramy ditched Hill and now has been reported to be back around his old friends and colleagues. Does this mean he’ll return to The Camel Crew and Bader? Well, here’s the thing, he hasn’t linked up with another coach since parting ways with Hill. We also know that he’s basically confirmed for doing the 2020 Arnold Classic. Also, when have we ever known Ramy to self prep? And what coach in their right mind would shadow prep? Why on Earth would anyone want to help him become Mr. Olympia and never take any credit for it? That maybe could happen in another sport, but not bodybuilding, especially not in the fitness industry.

As 2019 comes to an end, I find it very interesting than Big Ramy is not only taking his prep for Columbus seriously, but he’s also guest posing with massive size again. It should be noted that when Ramy takes the stage at 320lbs+ he’s not some puffy-looking marshmallow. He’s in solid shape, he’s posing well, and the fans are going absolutely insane.

Something else to think about, is that while a bodybuilder may be 320 now, come the Arnold they’ll be 10-25lbs lighter. That’s because guys usually lose size during their preps – but not Ramy. If he’s 320 now, he might be 320 (or even more) come the Arnold. He will either recomp his existing weight or he’ll gain more muscle. That’s why he’s truly a freak!!

Also, at this point, without the 2017 Olympia runner-up placing looming over his head, having skipped 2019 (for the most part), Ramy could totally have switched it up, but in the end, he’s found his niche. He’s BIG Ramy, not just Ramy, but BIG RAMY and if Big Ramy is going to go all the way to the top, he doing it on his terms. If he wins the Arnold, something he’s never done before, it will undoubtedly give him a massive amount of hype going into the Olympia. How insane would it be if he won the two biggest shows in bodybuilding – in the same year?!?!

What’s your take? Can The Egyptian Phenom do it?