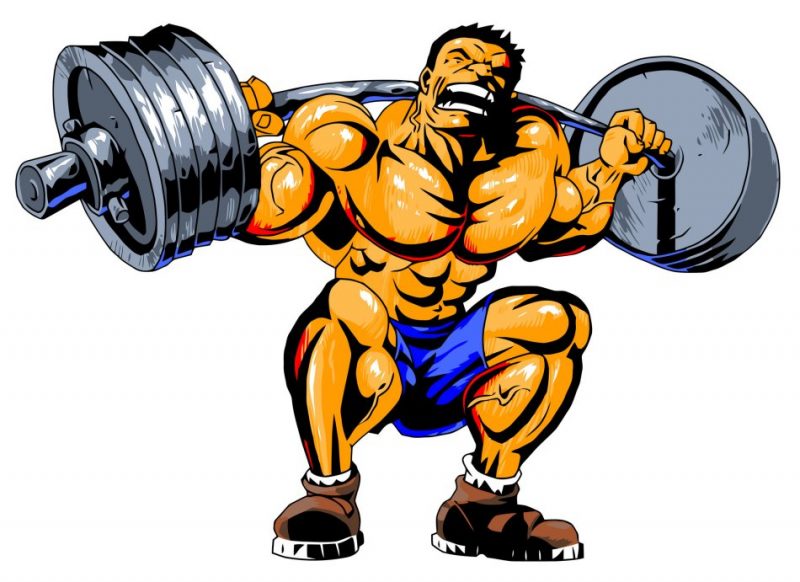 Bodybuilding vs powerlifting is a topic which has been discussed and bantered over for years. There is even a mild rivalry of sorts between the two, with one side sometimes poking fun at the other side for various stereotypes such as bodybuilders being all for show, or powerlifters being fat. In regards to strength, I do think it is a much closer contest than the names imply. I’ve compared the strength of bodybuilders to that of powerlifters in the past and suffered a tsunami of angry feedback from the powerlifting community, of which I am a member, ironically enough. Here we go again.

IFBB pro Ron Partlow recently told a story on his new podcast (be sure to check it out) about training with a competitive powerlifter. Ron spoke about how while this powerlifter he trained with was on an entirely different level of strength on the bench, squat and deadlift, Ron smoked him on nearly every other exercise. IFBB pro Luke Sandoe recently explained that his goal in the gym is to become as strong as possible at every exercise he performs. This would explain why someone like himself or Ron might handle a powerlifter on accessory movements but get crushed on the big three. Which begs the question: who is stronger?

That said, if these two athletes were to do hack squats, bent over rows, seated overhead dumbbell press, some kind of pec fly movement, etc., the high level bodybuilder is going to bury the powerlifter in most cases. Due to the fact that bodybuilders must build every muscle to its maximum potential, they are essentially forced to become strong at nearly all gym lifts. Now before any bodybuilding fans start screaming about the bench, squats and deadlifts of Akim Williams, James Hollingshead and Ronnie Coleman, I am speaking in general terms. Those dudes could absolutely hang with any powerlifter of a similar body weight.

So the question remains. Is a bodybuilder who is strong at the majority of all lifts “stronger” than a powerlifter who is extremely strong at only the bench, squat and deadlift? I feel the powerlifting movements, particularly the squat and deadlift, are much better markers of strength than all the other aforementioned bodybuilding movements. Bench is debatable and a good case could be made that standing overhead press would be the next best test of strength in the gym outside of squats and deadlifts. Before any Olympic lifting advocates blow a gasket, I am purposely leaving those lifts out because the two demographics being discussed do not partake in those lifts. For this reason, I believe the powerlifters are in fact the stronger group.

While the powerlifters are stronger, I do believe the overall strength difference between bodybuilders and powerlifters has been drastically overstated throughout the years. If you need proof, go watch some of the up and coming bodybuilders out of the UK who are not only lifting, but also controlling massive poundages. Just because bodybuilders are not judged on their strength doesn’t mean they aren’t strong. There have been very few human beings in history who could build Mr. Olympia level muscle without becoming hyper powerful in the process.