Brandon Curry Should Ignore The Critics! 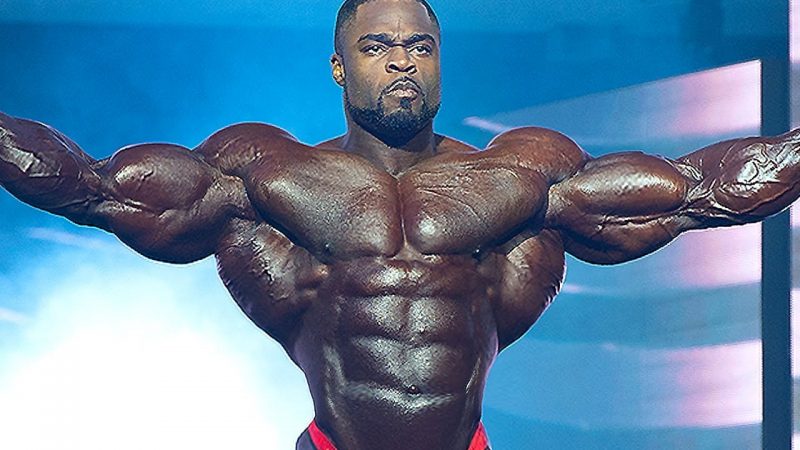 Those who weren’t butthurt for any of the above reasons, are just butthurt because their time has long passed and in a bid to remain relevant, edgy, and appear wise, they pontificate about how it used to be. As the old saying goes “Nostalgia is a file that removes the rough edges from the good old days.” Were guys more ripped in the 90’s? Sure. But that’s also when the GH/Slin/WTF guts started to really show, when guys lost their necks, and when gunning for 300lbs was the norm. The 90’s were great, but they weren’t the Golden Era of Bodybuilding, either. No one in the 2019 Mr. Olympia Top 5 looked like they were pregnant, so that’s definitely something to be celebrated (which has yet to be documented anywhere but here).

The bottom line is simple. Brandon Curry is Mr. Olympia. He’s the greatest bodybuilder on planet Earth. If you love bodybuilding and understand how the sport works, then you know that whoever wins the title, is the best. That should end all the talk of whether or not he deserves to win or if he’s the best.

Leading up to the 2019 event, Brandon acted the part of Mr.Olympia. He traveled the world, met with countless people, and truly grew the sport. He’s a family man, he’s respected by his peers, and he’s worked extremely hard to be where he is today. I interviewed him after his big win this year in Las Vegas, NV, and I could tell just how much he invested into this victory. He left his family’s side, with their complete blessing and support, and traveled all the way to Kuwait, where he worked tirelessly towards the goal of being the best. We also know that Brandon’s story wasn’t a perfect one. What I mean by that, is that unlike someone like Phil Heath, Brandon had to fight hard to earn his procard and he didn’t start his pro career with big wins. In fact, I would argue that he totally turned the page on his pro career when he went to Oxygen Gym. It was there, that through their help and his hard work, he was able to turn everything around. This makes Brandon a real blue collar type, a real work horse, a guy who defied the odds, defied the cards he’d been dealt, and totally changed his career. That’s also a huge reason why Brandon has the respect of millions of bodybuilding fans. This is also something you WON’T read in most publications – either because they don’t know or they simply don’t care to pay him that RESPECT.

Former champions and media talking heads are always going to have something to say – whether it’s newsworthy or not, whether it’s rational or not, they just can’t stay quiet. They need to say something, and they usually prefer to say controversial things, because they want attention. Their game is nothing new, nor is their approach.

The only thing I wish Brandon would do, is totally ignore these critics. They are, in a very real way, positioning themselves as hindrances. They’re basically becoming nothing more than obstacles in the path of a great champion TRYING to grow the sport. Instead of taking the time to deliberate on a response to a former champion or a media talking-head, Brandon could be DM’ing someone learning how to walk after a near fatal collision. He could be writing to cancer survivors and war veterans. Instead of going on silly debate shows or arguing over whether the guys from a decade long ago could beat guys from today, Brandon could be going to a children’s hospital, he could participate in benefits, or he could help feed the homeless. There are a million different philanthropic things he could do that would be 1,000,000x better than wasting time with people hoping to bog him down in pointless debate.

In addition to growing the sport through charitable efforts, Brandon is also the world’s greatest bodybuilder, so he really should be out there making money, growing his audience, and promoting the sport in a positive light. If the champ has to waste his time addressing haters, even those who are accomplished and who he may even respect, it takes precious time away from the very important work that he needs to do.

Everything I’m writing in this article, I could have DM’ed to Brandon, but I’m also writing it in the hopes that those taking shots and snipes at the champ, maybe talk about something else. We all know that making such a plea is tantamount to talking into a dead phone, but it’s still worth trying. More importantly, I hope Brandon will see this article and just totally ignor the haters and trolls – no matter what their level of achievement may be. I get that there’s respect involved, on his part, and maybe that’s why he responds to certain types of critics, but the real respect from them, is totally lacking. They should know better than to waste the #1 Bodybuilder in the world’s time. It used to be that past Mr. Olympias bit their tongues and didn’t try to weigh in on reigning Mr. Olympias’ reigns, especially not a reign that’s not even a month old.

Anyways, maybe this is an isolated instance – or maybe not. I guess only time will tell.