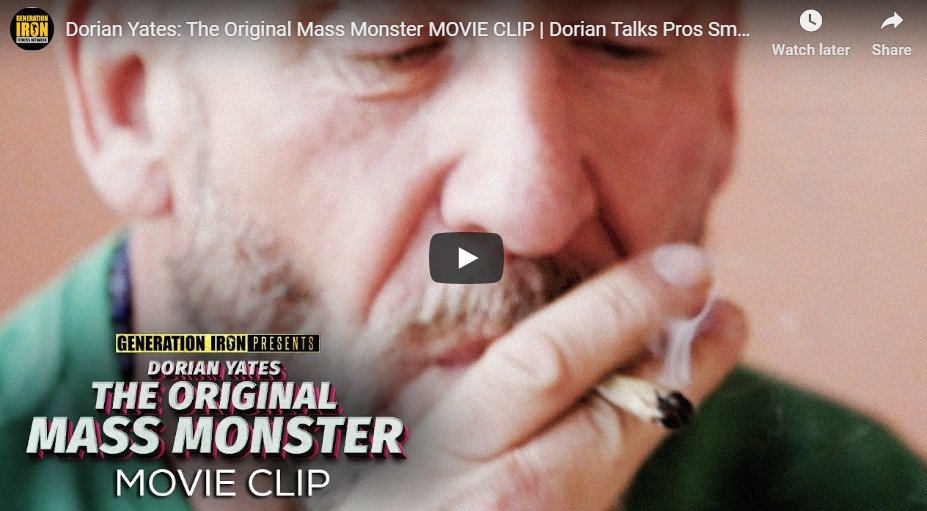 Dorian Yates opens up about his use of marijuana and the reality of how many pros smoke weed and compete.

Watch the new exclusive clip from Dorian Yates: The Original Mass Monster – available on DVD and digital November 15! In this clip, Dorian Yates rolls up a joint, smokes some weed, and discusses the reality of pro athletes using marijuana – including many pro bodybuilders.

Dorian Yates has been very open about his use of marijuana especially after his retirement. He has gone on the record multiple times in interviews about how often he smokes weed and why he thinks it is a positive supplement in professional bodybuilding and other pro sports as well. According to Dorian, there are many pro bodybuilders who compete in the Mr. Olympia that partake in smoking weed (at least when he was competing). Not only that, but it’s been made public that many other legendary professional athletes have smoked marijuana during their competitive years.

Of course, the world has been changing quite a lot and the perception of marijuana has changed significantly even just these past five years. With more and more states legalizing the drug for recreational use, it seems like it will only be a matter of time before the drug is federally legalized.