Flexatron, Big Ramy To Compete at the 2020 Arnold Classic 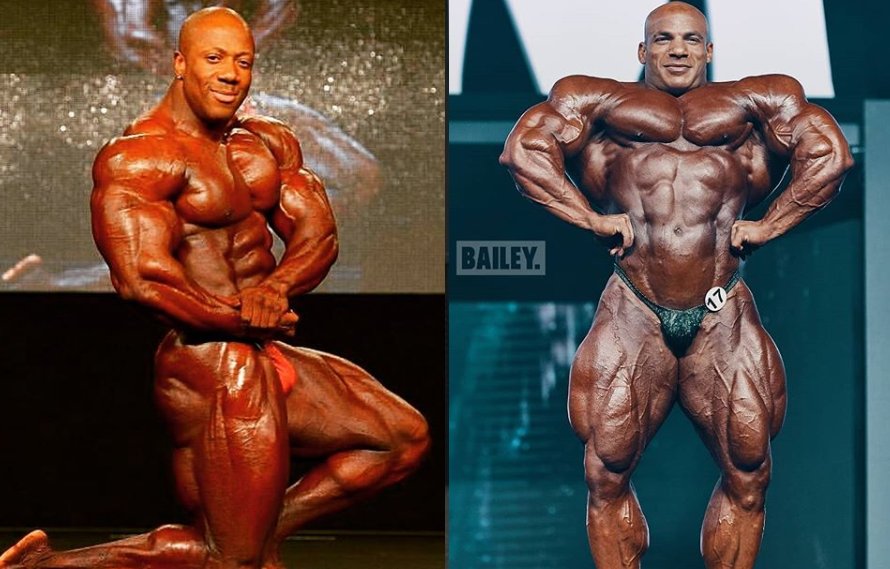 That wait is over! Announced by Shawn Rhoden on Instagram, it appears both he and Big Ramy are ready to return again. In the post, you can see that both men are officially competing at the 2020 Arnold Classic. This even takes place in Columbus, Ohio, on the first week of March.

The big news has spread like wildfire online, through social media, and even into gyms and supplement stores. We’ve been inundated with messages and quite frankly, I’d be remiss if I didn’t pen an article about the big news, right here, at Iron Magazine.

Bodybuilding fans are ecstatic at the prospect of 2018 Mr. Olympia Shawn “Flexatron” Rhoden getting back on stage. They’re also extremely excited to see The Egyptian Phenom, Big Ramy, do the same, after what seems to have been an eternity. While we would have loved seeing this at last year’s Olympia, I feel the Arnold Classic has more pragmatic leadership and is willing to break with the norm.

Although the Rhoden case remains open, those accused of crimes in America, are innocent until proven guilty. The fans truly were let down this past Olympia, some even pushing forward a petition in a last ditch effort to spare Rhoden from the historic misfortune of being the first reigning champion to be banned from competition. Nonetheless, that was then, and this is now.

The Arnold is the second most important bodybuilding contest in the world and one can only hope that if Rhoden is allowed to compete there, that even if his case is still not resolved by next September, that he’ll be allowed to compete in Las Vegas. The news of these two great champions is also going to mean a bonanza of interest for the event, in that more tickets will be sold, more vendors will likely want booths, and the media will have a field day in the months and weeks leading up to the event. The fans want to see Rhoden, Ramy, and they want to see a real battle in Columbus. Whoever wins next March there, will also ride an undeniable wave into Vegas, in September 2020.

Shawn Rhoden’s road to the Olympia, so to speak, wasn’t an overnight success, but over the course of five years, he consistently moved up. His road to greatness also had a presence in Columbus, in historic battles with Dennis “Big Bad” Wolf and others, reaching as high as runner-up. For Rhoden, it was always about hanging with the best, being competitive, and ultimately winning his first Sandow. The fans respect those bodybuilders, who like Shawn, have really paid their dues in the sport. This is why when Shawn finally got his big win, everyone in the Orleans was on their feet, applauding enthusiastically. After a long, some might say painful, seven years of Phil Heath, there was finally a new champion. Unlike some of his other 13 predecessors there was no arrogance in Rhoden, much like there’s been no arrogance in new champion, Brandon Curry. Champions like Rhoden (and Curry) have successfully narrowed the gap between fitness celebrities and the fans. That’s very important, especially in a niche sport that desperately wants to grow. The more approachable the champions are, the more new fans will come to bodybuilding. Whoever tells you that bodybuilding is a sport content with being underground, probably has rocks for brains. We would ALL love to see bodybuilding on tv again, we’d like to see more mainstream acceptance, and we’d like to see more mainstream companies sponsoring events, athletes, and contest coverage. Rhoden also represented a new type of champion, one in his 40’s and one who’d tasted some of the bitterness of the industry. Let’s not forget that his longtime sponsor, Pro Supps, dropped him after a rough Olympia. Boy, they must have felt crunchy, when Rhoden won the Sandow not to long after. No one wants to feel like they’re alone. During tough times, that’s when your real friends have your back. But imagine Rhoden’s shock at being dropped, even if just for a moment. When he had a bad outing, not long after he loses one of his main income sources, but does that stop him? Hell to the no!!

The fans respect a champion who’s had bumps in the road and overcome them. Without addressing his trial, I will say that it sidelined him from the Olympia and may have led to some companies leaving his side, but kudos to Olimp for standing by him. Many fans have also remained in his corner. Without speaking to the case, all I can say is, I think it’s great news that the fans will get to see, arguably, the best bodybuilder in the world compete. Shawn was denied the chance to defend his title and Brandon was also denied the opportunity to compete with Shawn. He’s still Mr. Olympia, but he was denied the ability to defeat the defending champ.

With regards to Big Ramy, many fans (myself included) were under the impression he was done competing. He never alluded to hanging them up, but last year was just so disappointing. He basically left The Camel Crew, went to Neil Hill, and was supposed to do the 2019 Arnold. Later, he’d leave Hill, not compete in Columbus, and then was supposed to compete in Tampa. Tampa also didn’t happen; so for many it was looking like maybe he’d go the Kai Greene route.

Like Kai with Stranger Things, Ramy landed a great role in a film alongside Iron Mike Tyson. That sort of thing doesn’t just happen. You don’t just land roles in major motion films. True, the film was made for Egypt, but what do national lines and borders mean today, especially when it comes to the arts? A great movie will go worldwide and once that happens, everyone tied to the movie becomes famous.

Right now, Kai Greene is experiencing similar stardom as Lou Ferigno in the 70’s. It took Big Lou nearly two decades before he returned to a bodybuilding stage. Kai has already been away from the Olympia stage for half a decade, without any credible possibility of a return anytime soon.

Having Rhoden and Ramy back is exactly what the fans want, and believe you me, they will express their approval with more ticket sales.

The Arnold has always done well, thanks in large part, to its larger than life expo, but the actual contest has seen some years that quite frankly were easily forgettable. The past two years have been quite competitive, with William Bonac winning in 2018 and Brandon Curry winning in 2019.

The 2019 Arnold was so competitive, in fact, that the battle between the Top 2 there, was repeated in Las Vegas at the Mr. Olympia (with the same results). That’s exciting and that’s also cutting-edge. Now, with this announcement, fans may not see a Curry/Bonac rematch, but they’ll see the return of a Mr. Olympia and the return of a guy many around the world think will be a future Mr. Olympia. The Arnold will set the bar very high, not to mention set a precedent with Rhoden. Will Weider/AMI be more comfortable letting Rhoden compete if The Arnold did so first? Who knows?

All I know is, the fans and the media are ecstatic to see Flexatron and Big Ramy back. History has been made with the announcement and (more) history will be made with the contest. I literally can’t wait!!