Goodbye to a Legend – The Passing of Ed Corney 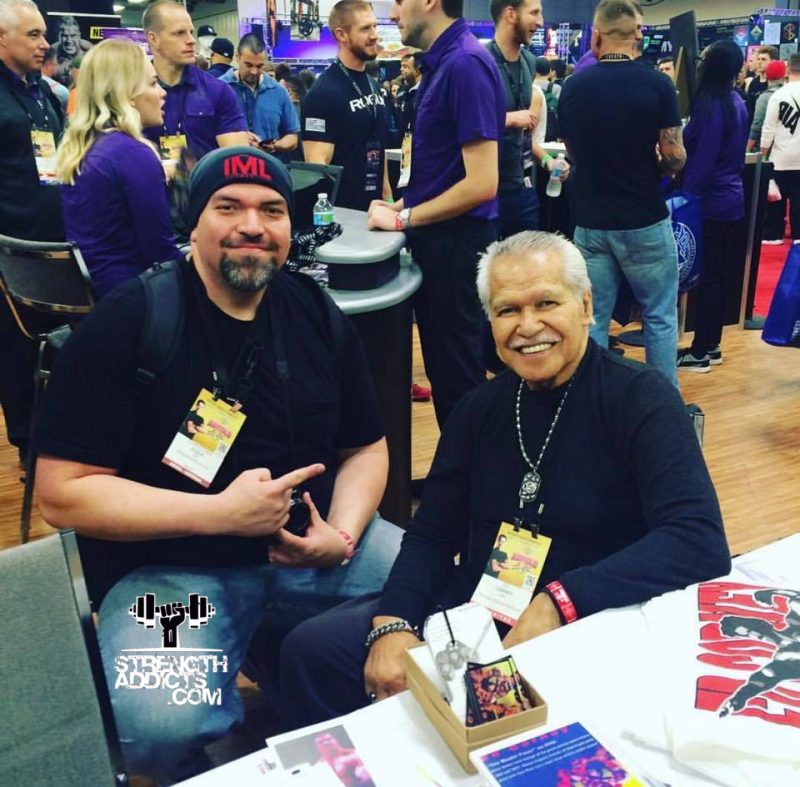 Who hasn’t seen Pumping Iron? It’s the movie that put bodybuilding on the map in the 1970’s and it’s a film people are still watching today, many thinking it’s a new release (in some parts of the world). The film introduced Arnold to America, but it also gave us a look at what contest prep was all about, what hardcore training meant (whether in the limelight at Gold’s Venice or in a tiny little, off the grid gym like in the case of Lou Ferrigno’s). Pumping Iron showed us that bodybuilding transcends nationalities, cultures, and socioeconomic brackets. In Ed Corney’s case, the film showed us that as far as bodybuilding was concerned, age was just a number.

Ed was already in his 40’s when he starred in the film, but his posing made jaws drop, including Arnold’s. At a time when the NPC has upped the bar, only allowing the Top 2 in each class to be nationally qualified, and when posing clinics (of varying degrees of quality, I’m afraid to say) are popping up left, right, and center, we’re constantly reminded of the major contributions Ed Corney made to the sport. One need only say the word “posing,” and immediately Ed’s name, along with Lee Labrada, Bob Paris, Melvin Anthony and Kai Greene come to mind. Ed Corney was a major fixture of the golden era, a huge ambassador for the sport of bodybuilding, and a legend whose legacy will live on.

When you think of the Golden Era of Bodybuilding, several different things should come to mind. For starters, Venice Beach, that’s where it all went down. Whether it was the original Gold’s (now someone’s house) or the complex nearby, Venice Beach is where it all started – Gold’s Gym in Venice Beach. Muscle Beach is where the greatest of the 1970’s converged. They tanned there, they ate there, did what little cardio was done in those days and even partied there. The outside gym, all the shops, and the eclectic variety of people created a lasting vibe, remnants of which can be seen and felt today. The gym in those days was simple, the group of regulars was close knit, and the training was all done with a purpose. If you competed, worked in Hollywood, and/or appeared in the magazines, your goal was to create a living work of art. It wasn’t until the late 1960’s that people had any idea what bodybuilding was, much less how difficult it was to live this lifestyle. I’d say, things started to change with Dave Draper, but it was that group of guys, led by Arnold, which also included Franco, Ed Corney, and a few others, that really flew the flag. You couldn’t have Venice Beach, Gold’s, and Muscle Beach without Ed Corney. The movie Pumping Iron sealed the deal. Sometimes all it takes is taking a step back and looking at the bigger picture, and that’s exactly what that classic film did. The only thing is, it wasn’t just one person or a small community taking a step back and looking at the bigger picture, it was the whole world!!

Bodybuilding in Ed Corney’s day was all about the work. Ed Corney had a regular job, he was older, with real life responsibilities and obligations, but bodybuilding was his escape, it was the highlight of his day. Back in that era, there wasn’t social media, people couldn’t make a living off YouTube videos and spend their days going to the market, the tanner, and laying out by the pool playing on their phones. I don’t want to cast shade on today’s generation, because working on a computer or working on a phone, is definitely work, but it’s also not the same kind of work intensity as in the Golden Era. Also, back then, there was no sense of entitlement, landing a contract, getting supplements for free, or getting rich. There was far less opportunity, the magazines weren’t set up to sign people either, but guys like Ed made it work, they never missed going to the gym, and they built amazing physiques. The idea that the guys in Pumping Iron just happened to all be there, working out and eating strict diets to all of a sudden wind up in a movie years later, is patently absurd. Although some of the drama may have been scripted, the lifestyle was real! Nonetheless, if I’m having to spell the latter out, it’s because there’s a certain segment of the population, even within our sport, is oblivious to the fact that long before there were movies, media, or even any kind of a known fan-base, you had guys like Ed Corney building the foundation of what was to come. They weren’t even training to build a sport, but their love of the lifestyle was so powerful, it spread like wildfire!!

The work Ed did for bodybuilding didn’t start or end on the stage. Of course, he was very competitive, and won many prestigious titles, including the Mr. USA, the Mr. America, and top honors at the Olympia and Masters Olympias. But in addition to his contest wins, Ed promoted bodybuilding to the fans. Although he sold photos and books, he was always eager to sign autographs, take photos with people, and give them the time of day – whether they bought something or not. His goal wasn’t merely to sell and/or make money; his goal was to make people happy, to make people feel important, and to show them that bodybuilding made a positive, lasting difference in people’s lives. That’s totally the vibe I got when I met him and that’s the vibe countless others got too. When you work in the bodybuilding press, the one thing you can count on, is that you become well acquainted with public opinion. Our sport is still small enough as to where you can get a really good idea of how people think about a particular person, relatively easily. The word on Ed was clear – he was one heck of a great person and a great ambassador for the sport.

Ed passed away at the age of 85. To say he had a great, full life would be fairly accurate, but that doesn’t mean it didn’t hit us all like a ton of bricks, upon his passing. If he lived 85 years, why not 90, 95, or 100? When you deal with legends, whenever they go, it’s always too soon. Nonetheless, Ed’s legacy will live on, as his achievements and spirit are intertwined with wherever bodybuilding goes in the future. Pumping Iron will continue to be seen by millions – it’s timeless – and even 100 years from now, people will identify with Ed; they will appreciate his posing and he will continue to inspire athletes and many others. Bodybuilding represents so much, it’s more than hitting a ball with a stick or throwing it into a net. If mainstream sports can run the test of time, then you better believe lifestyles will as well.

I hope you get out on social media and post photos of Ed, repost videos, and be sure to hashtag him, because it’s important that we express ourselves in paying tribute to him. It’s also important that more people learn about this great man. I hope you enjoyed reading this article and I look forward to your comments, whether here at Iron Magazine or wherever you may see this story.