Kai Greene Is Out – BIG SHOCKER THERE!! 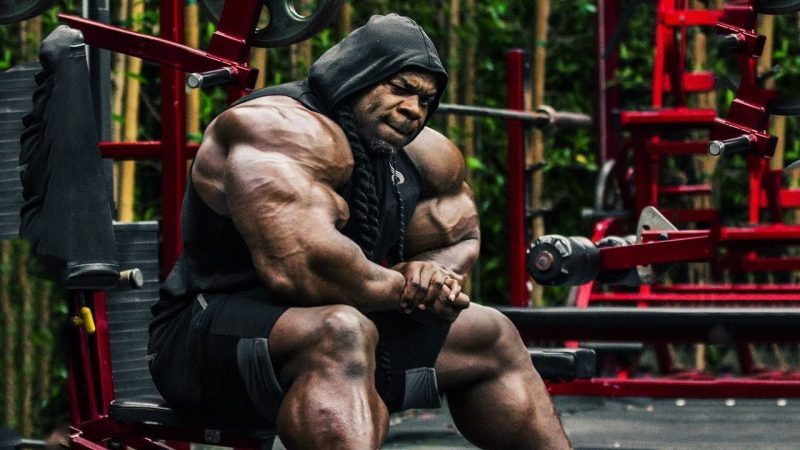 Yes, I heard!! C’mon guys, how many years has Kai Greene hinted at doing the O, only to then not to do it? Why do people keep falling for it? Why does the bodybuilding media spend, or shall I say waste, so much time talking about this? We now have analysts, who study Kai’s body language, his facial expressions, and try to scrutinize every aspect of his quotes. Surely, he’s really trying to tell us something. C’mon, why would Kai have to speak in code?

If he wanted to compete, he’d simply say so. I can assure you that by dodging the question and being indecisive, he’s not doing the promoters any favors. Who buys tickets because somebody MIGHT do a contest? The truth of the matter is that by continuing to play these games, he’s actually harming his name. There’s always been the concern that if he came back and didn’t win, didn’t take 2nd, and/or didn’t place Top 5 at the Olympia, that that would hurt his legacy. That may or may not be the case, but I think this constant dance of messing with the fans’ heads, isn’t doing much to improve his legacy, either.

The truth is, Kai could have beat Phil. The truth is there were years that he clearly edged him out; however, did he ever knock Phil out? No. I am NOT a Phil Heath fan, now, but was once upon a time, yes. Was there a time when I was a diehard? Sure, but that all changed when I got blocked for rooting for Shawn “Flexatron” Rhoden in an excessively loud manner. I guess if I had been more quiet about my support for Rhoden, I never would have had an issue with The Gift. Unfortunately, fans like to get excited about their idols, they like to root for them, and if you can’t root for your favorite bodybuilder, in bodybuilding, then that’s a sad commentary. That being said, fan or no fan, I won’t deny reality. Kai Greene never knocked Phil out. What he did do was, he gave up. Whether it was to promote Dynamik, do world tours, write books or paint on canvases – he gave up on bodybuilding.

The more I think about this, the more upset I get. I have literally received emails, DM’s, and even questions in real life from people who were actually annoyed that I didn’t write more about Kai’s potential comeback for Iron Magazine. There’s readers who think I was ignoring Kai, but can you see why now? It’s all a game. I mean, we’re what, 2-3 weeks out from the O, and now is when he finally decides whether he’s in or out? It’s just a major disservice to the fans, ESPECIALLY given everything they’ve been through…

Will Phil come back? He’s another one that’s been playing this same game. Ultimately, it doesn’t hurt the Olympia, but it does mess with fans. The fans should be the #1 priority. Look at Ronnie Coleman, look at Jay Cutler, they never played these juvenile games. They made, and continue to make, a ton of money and command legions of fans; however, they don’t play with the emotions of those who support them. Now, yes, it’s true, Kai Greene’s following seems larger than life, but what happens if people get tired of him? What happens if he starts rubbing fans the wrong way? Then what? Also, he’s not a Mr. Olympia. There’s only a small number of people who can join that elite club. Why Kai doesn’t just go for it and shut up? I have no idea. I don’t think anyone, but him, does.

The one thing I do know, is the second people stop asking, stop caring, and start forgetting Kai, then he’ll be bangin on that door, wanting to compete. That being said, people will never stop asking and the clickbait press will never stop releasing fake news and puff pieces. For many of today’s biggest websites, smoke has become their calling card. Most “news stories” are utter crap, devoid of almost any truth, and based entirely on speculation. To them, Kai’s little games are amusing; to me, these games are a complete waste of time. That being said, I love my readers and we, here, at Iron Magazine will always report the news. The only news to report today, is that once again, Kai Greene has let down millions of bodybuilding fans all around the world.

I can’t imagine you enjoyed reading this article, because I sure as hell didn’t enjoy writing it; nonetheless, not all articles have a happy ending.