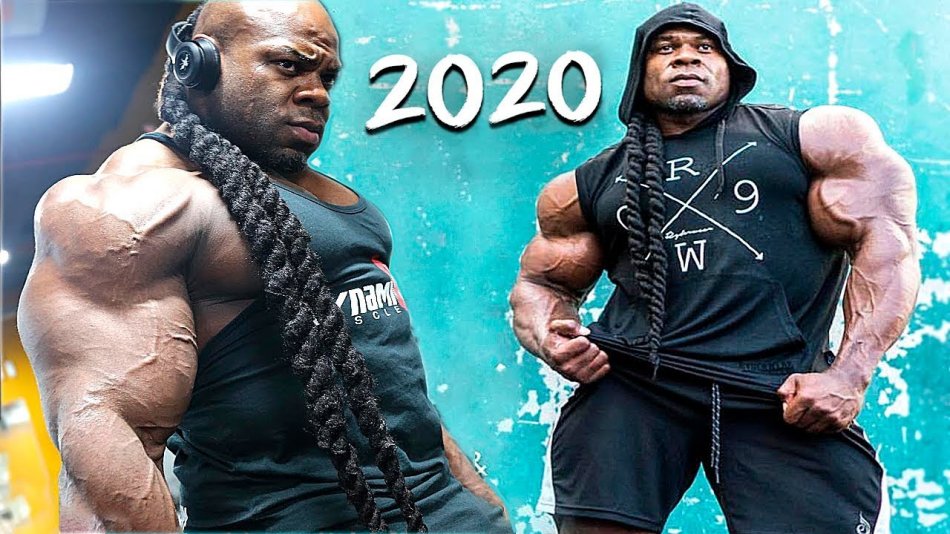 It’s now been half a decade since The Predator, Kai “Mr. Getting It Done” Greene, has stepped foot on the Mr. Olympia stage. Most people think the 2014 Olympia was his last contest, but he actually walked away after snagging one last Arnold Classic title. Even though he’s pretty much retired, his 5+ million fans on IG and others throughout the world, cling to the hope, each and every year, that he’ll return to the stage.

He’s done quite well for himself in the years since leaving competition, from landing roles in Netflix productions, to starting a successful supplement line, and now opening gyms. He’s also remained very active with his travels around the world. In many situations, his visits resemble that of a head of state, with entire sections of cities being shut down. In India, for example, throngs upon throngs of fans line the streets as Greene’s motorcade rolls by. Sometimes the fans will get lucky and get a glimpse of Kai, who will wave at them much like a visiting pope. In addition to all his good fortune, he always looks like he could jump on stage within a matter of just a few weeks. He poses, trains, does cardio, but he never competes. What’s even more frustrating is that he’s been extended special invitations and been courted unlike any other top bodybuilder ever has; however, nothing has been able to get Kai to compete again. Now, with the news he’ll be gracing the cover of the next issue of Muscular Development, it’s just another example of Greene’s unstoppable star power. I mean, what a way to end 2019 and head into the new decade. Phil Heath is doing puff piece interviews with Dave Palumbo and Kai Greene is gracing the cover of magazines, available on newsstands worldwide. Some things never change, when it comes to popularity and relevance.

I’ll be honest, though, for as much as I liked Kai’s personality and his long-winded answers to some of the most black and white, simple questions imaginable, I can’t say I was truly a fan. Kai could have been the Jay Cutler of his era, he was so close, and there were years a decision for him over Phil would have been welcomed, but he quit. His fans will argue that went off to do other things, like Lou Ferrigno did in the 70’s, but I disagree with that comparison. If you looked at Lou, next to Arnold, and you looked with unbiased eyes, you could see Lou was never in Arnold’s zip code. The guy was towering and had good structure, but he lacked the symmetrical shape of Arnold. Lou would have had a hard time beating Franco in ‘76 and he would have had absolutely zero chance of beating Robby Robinson or Frank Zane in the late 70’s. In fact, when Lou came back in the 90’s (dwarfing even Dorian), Robby beat him again, 20 years later. Kai Greene, on the other hand, was a uniquely different story. I’d say Kai pushed Phil harder than Dorian pushed Haney and/or Jay pushed Ronnie. The fact Kai was so close and then quit, is insanely frustrating. It’s also silly to keep saying the guy is semi-retired – he hasn’t competed in 4+ years. For all intents and purposes, the guy is done on stage, but no one wants to admit. They would rather keep the door open, for that extremely remote possibility Kai will finally decide to walk on stage again a competitor. I, still say, he’s done competing.

On the other hand, Kai is just getting started with his non-competitive career. I mean just imagine how hard it is to make money with gyms in the United States. Kai is opening three gyms in India. Is he Indian, has he lived in India? No to both, but he’s got such an eye for business and he’s so popular, that you watch – he’ll strike gold.

The same with his ebooks. I don’t quite understand why he sells a bunch of them for $1 each. I think it’s great that that’s one more business venture he’s embarked on. He also does training programs and does similar blowout sales all the time with those, too. While many of us don’t get it, once we look at the bigger picture, we connect the dots. Kai Greene is building an empire and he’s doing it without ever having won the Mr. Olympia. I mean how crazy is that? Even when you think he’s making a poor business decision, you look at the bigger picture, and let time take its place, and sure enough, Kai is successful!

Very few people get him. I, for one, never understood the bondage gear. You know, in all the years I’ve seen him pose, I always considered him one of the most skilled posers of his day, of any day, but the bondage gear, the theater masks, the headstands, it just got really weird at times. Then again, what’s weird to me, might be art to you. That’s what this whole sport is about, subjectivity. Still, I think it’s perfectly reasonable to arrive at the conclusion that bondage gear is not appropriate in a family sport. Nonetheless, Kai Greene will be Kai Greene, and I’d say he’s doing pretty darn well. What say you? What do you think 2020 and the future holds for the man they call, The Predator?