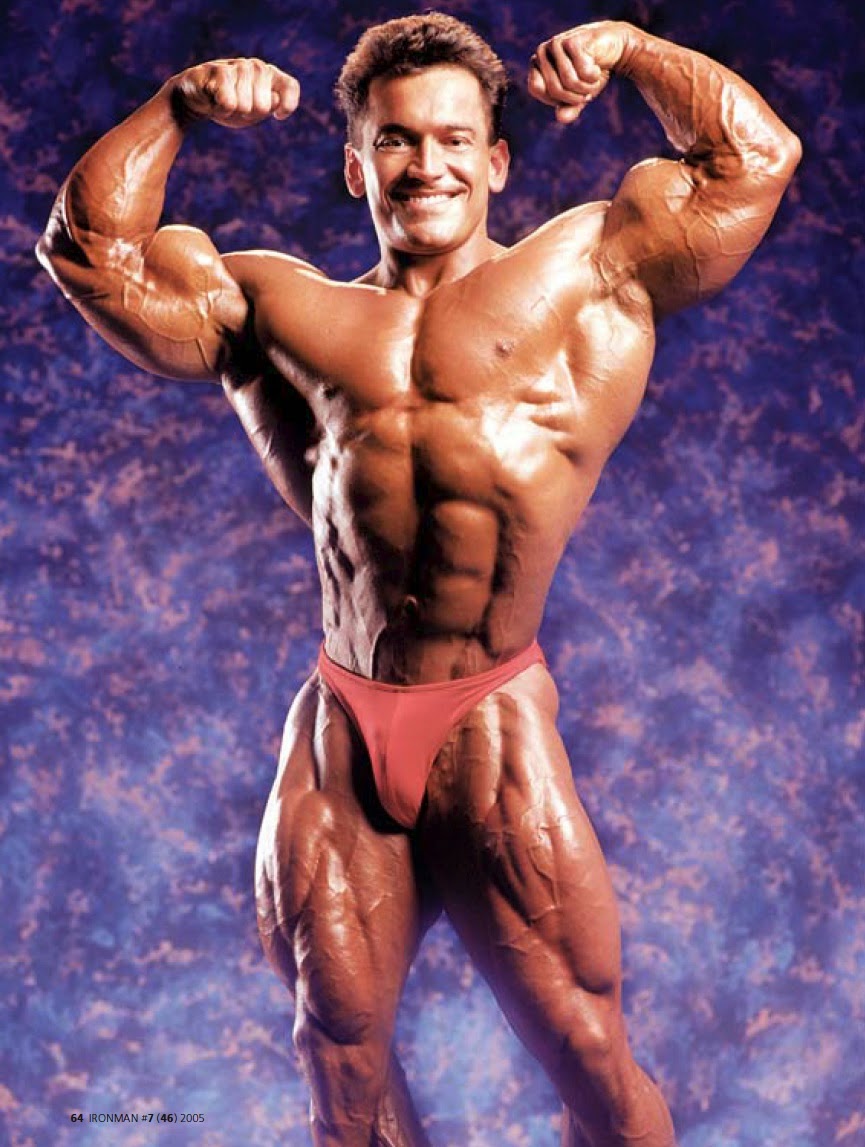 The sport of bodybuilding seems to know no time, because the champions of yesterday continue inspire the youth today. In fact, I’ve found that the obsession most have with the 1990’s is a lot more than mere nostalgia. People miss the huge bodybuilders of that era, guys like Levrone, Dillett, and of course 6x Mr. Olympia, The Shadow himself, Dorian Yates. The 90’s have become the undeniable decade of conditioning, but the 80’s are also providing a great amount of inspiration, as well. The guys back then may not have been as massive as the 90’s, but they made for a very unique, very classy bridge between the Golden Era and the 90’s.

The early 80’s were also somewhat of its own era, particularly with two, single Olympia champions of the day (Chris Dickerson and Samir Bannout). Even that first year of Haney, the sport was in a real transition. By the time the subject of this article came around, it was a really interesting time, because you had the first guy who could legitimately be thought of as a mass monster (of his day), winning everything in sight. Lee Haney was built like a statue, his symmetry was perfect, the shape of his muscle was like living art, but despite being taller and heavier, he wasn’t clumsy on stage. Also, his approach to training, was sensible. He wasn’t out to show off by lifting like a meathead – he didn’t promote that on camera or in real life. That having been said, no matter how much height Haney had over the man in question, no matter how much more he weighed, the man of the hour would always make him fight. Haney may have been all about “mass with class,” but Lee Labrada presented the most picture-perfect physique the sport had ever seen, he was also one of the sports most gifted posers, and one heck of a great businessman. There in seems to be the real formula for success and creating a bona fide legend.

In today’s sport of bodybuilding, the pursuit of perfection is almost a lost thought. Many of the bodybuilders are consumed with being as big as possible, training to impress, and obsessed with being freaks. How many guys ignore the numbers on the scale game and instead look to creating the best possible physique? The real battle in bodybuilding is really with yourself, it’s about being the best YOU, possible. Most guys look to a Jay Cutler, a Phil Heath, or now, Shawn Flexatron Rhoden, and their whole approach is about being better versions of those guys, only they’re working with different body types – their own. Another failed approach, which is exceedingly common in today’s sport, is the idea of defeating your competition. You don’t actually defeat anyone, you simply get higher scores from the judges. There’s of course a comparison factor, but the judges (I believe) are looking more at each athlete, individually, looking to see each muscle in each mandatory pose. They want to see how the muscle has been built, it’s shape, the degree of condition, and how the athlete poses. When i think of Lee Labrada and his stage demeanor, it was all about him, presenting everything he’d worked so hard for, from the stage to the judges, to the fans, and for history’s sake.

Posing is really where it’s at. The training is intensity, it’s pain, it’s agony, it’s all that and more. You’re literally getting under very heavy weight and pushing yourself physically to the limit. There’s also a mental component, to some degree, in not letting nerves get the best of you, in keeping yourself motivated, and battling lethargy and laziness. Nonetheless, training and eating, are essentially physical activities, Don’t get me wrong, there’s nothing wrong with the physical side, with meal preps and great, well-executed reps and sets; however, when you think about art, it’s posing all day. Posing is what makes bodybuilding spiritual, it’s what transcends it all. A great poser, especially a master poser, someone like Lee Labrada, has inspired countless – from those extremely lucky to have seen him in person, during his heyday, to everyone who’s ever seen a DVD, a YouTube video, or seen the millions of stills. You have to really wonder how great the man was, that he pushed a guy as big and towering as 8x Mr. Olympia, Lee Haney, and he did all that, not even weighing 200lbs!! That’s unheard of today. Guys like Frank Zane and Lee Labrada were the last of a guard. 200lbs is considered small in the 212,’ so I don’t even think we’ll see anyone 200lbs or less in open bodybuilding, ever again!! What’s even more eye-opening though, is that the Lee Labrada in his prime could step foot on stage today and wipe the floor with a great many bodybuilders 50, 60, even 70lbs heavier. That’s straight-up truth, you can take that statement to the bank – all day, everyday! So why don’t any guys try it? Fear! They don’t have the heart. They won’t do it.

His physique and posing aside, it’s also key that we address Lee’s supplement empire and his name in the business world. He started out with a family business that became an overnight success. What better sponsored athlete and spokesperson than one of the very last giant killers of one of the best eras of bodybuilding. Labrada Nutrition remains a family business, their RTD’s are in gyms all around the world, their supplements are on countless shops, and their logos are on the pages (both print and digital) of all the big media houses publications. The company advertises and sponsors athletes, they really put money back into the sport. This is Lee Labrada’s whole way of doing things, it seems, the same meticulous passion for everything required to build a truly breathtaking physique, also in authoring truly artistic posing routines, and building a successful business that grows the right way. Lee Labrada is a shining example of bodybuilding and business that everyone could and should look to.

I hope you enjoyed reading this article, here at Iron Magazine. I look forward to reading your comments – whether here or wherever you may see this story.