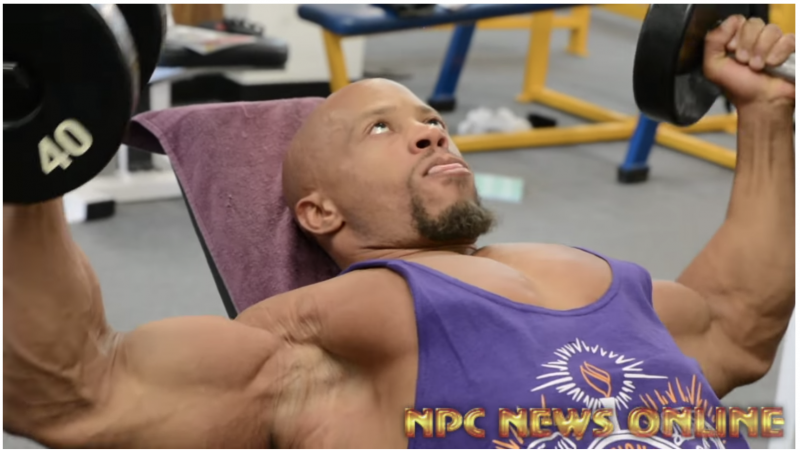 Natural Bodybuilding has grown by leaps and bounds over the years, but 2019 marked a key moment in the history of the sport, with the first ever IFBB Pro League Ben Weider Pro Show in Montreal, Canada. The contest, named after legendary IFBB President and visionary Ben Weider, set the bar incredibly high. A huge part of why the show was such a huge success was that it was promoted by NPC Mid Atlantic Zone Chairman Gary Udit and Canadian Physique Alliance President Ron Hache.

When it was all said and done, the champions who emerged from this great event will undoubtedly inspire countless new and veteran drug-free athletes to get involved with bodybuilding and fitness. One of the great champions to emerge from this awesome show was none other than our good friend, R.D. Caldwell Jr. of Dayton, OH, who won the Classic Physique Division in top form. R.D. has been a lifelong natural athlete, excelling in a variety of disciplines, including bodybuilding and powerlifting. He turned professional by winning the prestigious 2014 NPC Team Universe and since then has been competing on pro stages, judging, appearing in seminars and maintaining a very active presence on social media. This is the kind of ambassador natural bodybuilding needs and now, with this historic victory, I feel as if R.D. will be even more passionate and more effective than ever before!

One of the biggest misconceptions in the fitness industry deals with natural bodybuilding and where to compete. It seems natural federations have popped up left, right, and center since the 1990’s. That being said, when it comes to most of these federations, it’s really like amateur hour, when it comes to how the contests run, how they’re promoted, and what depth, or lack thereof, there is competitively-speaking. Most of the pro cards these rinky-dink organizations provide aren’t worth the paper they’re printed on and many are long gone by the time the ink dries. It’s really very much a hustle, where the poor competitors have the most to lose – from their money, their time, and their hopes of achieving milestones in their fitness journeys. I’m not trying to be a hater, here, folks, but there’s a stark difference between being negative and being real. The reality is, there’s only one pro card in physique-based sports that means anything.

The big misconception, unfortunately, is that more natural athletes aren’t aware just how many natural, tested contests the NPC has in the United States. There’s tested contests throughout the country, with some states having multiple natural contests each year. These events bring the best athletes, major vendors/sponsors, and have great press coverage. With the help of social media, competitors are able to network with one another, share their journeys, and truly grow the sport. These competitors look up to champions like R.D. Caldwell Jr., because he’s where they want to be; they see how hard he’s worked, how hard he continues to work, and they want to follow in his footsteps.

R.D. Caldwell Jr. is precisely the kind of champion to get the word out about Natural Bodybuilding in the NPC and IFBB Pro League. In addition to competing, judging, and teaching, R.D. actively participates in many philanthropic efforts, from motivational speaking to prison ministries. He’s vocal, but not negative; he’s inspiring, without putting anyone down. He’s also been able to undermine one of the most annoying stereotypes about natural athletes there is. For many, one of the major downsides of being natural, is that unlike untested athletes, natties are forced between being ultra ripped or super dense. R.D. powerlifts and trains harder than any bodybuilder I know, he keeps a great amount of size during prep, yet he hits the stage ripped to shreds, with great lines, and totally dialed in (also without relying on diuretics). He’s able to do BOTH – brings size and condition – while being totally drug-free. If R.D. can do it, then it stands to reason that others could as well. The question is, how badly do they want it?

On a recent edition of Rx Muscle’s Iron Debate, R.D. promoted the fact natural bodybuilders should truly push their physiques to the absolute limit. R.D. said this to a natural bodybuilder who had achieved great feats in his relatively short career, but who R.D. still believed could have gone farther, naturally. It’s one thing to make points based on textbook science and/or weigh in on potential theories, but R.D. is living proof that natural bodybuilders can earn IFBB Pro League Pro Cards, can win pro shows, and can be very important in growing the sport of bodybuilding. I highly encourage everyone to learn more about natural bodybuilding in the NPC, look into competing, and most definitely to follow R.D. on his journey. You haven’t seen nothing yet!! The sky’s the limit for him – and for you – in the NPC!