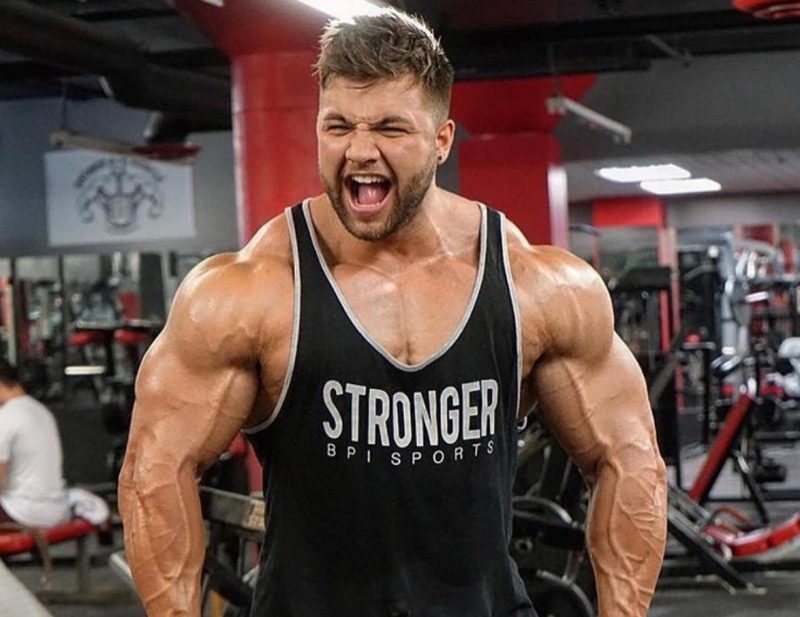 One of the biggest challenges to being a successful fitness celebrity, today, is being on your game – on all things. Canadian bodybuilder Regan Grimes, has been on everyone’s minds since earning professional status. At one point, he was working with Chris “The Technician” Aceto, the coach whose clients include reigning Mr. Olympia Shawn “Flexatron” Rhoden and Arnold Classic Champion Cedric McMillan. Grimes did very well with Aceto and was able to secure key placings, including a couple Top 5 outings and a much-talked about runner-up at the prestigious Vancouver Pro. Change is always good, though, and Grimes decided to try his hand in Kuwait – a move many others tried as well.

For some, it brought great success (e.g. Roelly Winklaar, Brandon Curry), meanwhile for others, it didn’t do much. I’d argue that Kuwait wasn’t all it was cracked up for Grimes; nonetheless, the next chapter in his career, saw him reinvent himself in the Classic Physique Division. This division has earned a lot of respect from bodybuilding purists and fans of The Golden Era of the sport. This is also a division where bodybuilding greats have chosen to make comebacks, legends like Flex Wheeler and Darrem Charles. That having been said, for all the fanfare and potential nostalgia effects, Classic is a physique division, and anyone who want to compete as a bodybuilder, will not last long. Bodybuilding is the flagship division, it’s the toughest of all, but once a bodybuilder – always a bodybuilder. The big talk, now, is where will Regan go. There’s photos of him making the rounds on social media, where the 5’11 Canadian is packing on 280 lbs of seemingly hard, quality, muscle mass. No one carrying that amount of muscle, at that density, with as little body fat as Grimes, would ever scale it down to the point of returning to Classic. Why would anyone EVER do that? Then again, Regan is the master of his own destiny, he can do whatever he wants. This article isn’t about what division he’ll compete in, rather, it’s about what he’s doing for himself, his brand, and what the future looks like for this young superstar. The most important, single factor, for any successful fitness celebrity today, is social media. Some athletes, believe it or not, either downplay the role of social and/or hire a company to do this work. Not caring is perhaps the worst move you can make – it’s bad for the athlete, all sponsors, and all fans. Hiring a person or a company can be equally disastrous, especially if whoever is running the social isn’t well acquainted with the athlete and the sport in question. Assuming that an athlete finds competent manpower, this will still create a distance between said athlete and fans. It’s not a good space to be in. Regan Grimes is someone who grew up with social and understands its power. From his 845,000 followers on Instagram to his 100,000+ subscribers on YouTube, Grimes believes in direct lines of communication with his supporters. Also, the quality of whatever goes out, is very high.

A second and also very important key to success in this day and age, is a strong web presence. At a time when most athletes are relying 100% on social media, Grimes is one of the few who maintains a cutting edge website. On this page, he refers to his fans as an army – also a great marketing move. Fans love to feel like they’re part of something bigger. The site offers the RG Army links to clothes and supplements, programs, and ways to communicate with Regan. It’s new-looking, sharp, and very interactive – it’s also very user friendly. It’s clearly a site that wasn’t cheap, it’s not generic, and it’s again, a sign of a bodybuilder doing the business of bodybuilding – the right way!

Sponsors like to work with go-getters. Media likes dealing with athletes who have their head on straight. Fans love brains and brawn, because they know this is the recipe for success. How many folks see their stars shoot to the top, only to fizzle shortly thereafter, and their names get forgotten. There’s great promise on the stage, in whatever division Regan decides to jump into, but who’s to say he hasn’t turned the page on the competitive chapter of his life?

When you compete in the IFBB Pro League and you break into Top 5 and even Top 2 placings, you’re among a very elite circle of people. Many of the people who Regan has competed with, some of which placed higher than him, are major champions, big names on the pro stage. He’s earned their respect, not to mention scared a few, to boot!! Although he’s still relatively young, he could hang up the trunks for a business suit, and do very well for himself. I think what’s got a lot of people really excited is the crazy size he’s put on and what he plans to do with it. Most guys don’t walk around at 280 unless they plan on competing. Then again, Rich Piana walked around – larger than life – but he was seemingly retired from the stage. Muscle is very marketable and someone who’s lived a life as exciting and rewarding as Grimes, could be the next big thing everyone’s talking about. He’s doing bodybuilding – the right way!

I hope you enjoyed reading this article, here at Iron Magazine. I look forward to reading your comments. What do you think is next for Regan Grimes? Leave a comment wherever you see this!