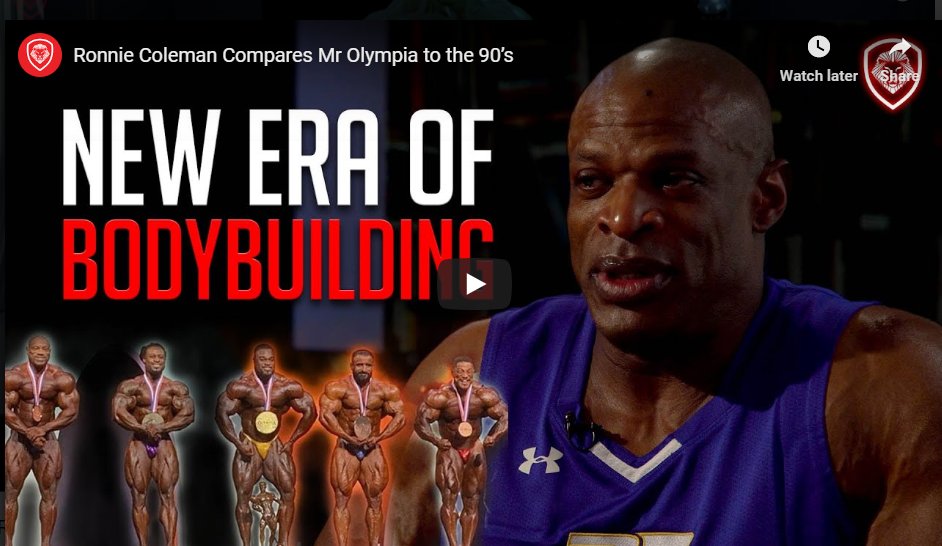 Ronnie Coleman is arguably the greatest bodybuilder of all time. According to him, the athletes competing today have nothing on the bodybuilders of his day. Coleman is who many consider to be the king of bodybuilding. Having won the title of Mr. Olympia a record eight times, he is without a doubt the most accomplished. In addition to that, he has the most competition wins of any IFBB competitor. As a result, many people have looked up to him, in pursuit of their own bodybuilding dreams.

However, Coleman has not competed for many years, since retiring in 2009. Although since then, he has kept his place as one of the mainstays in the sport, regularly appearing at events as an ambassador. Subsequently, he has been able to watch the bodybuilders who are competing nowadays, with a keen eye.

It would seem, however, that Ronnie Coleman is not very impressed with today’s batch of athletes. Speaking with Valuetainment, he was asked to compare bodybuilders such as 2019 Mr. Olympia Brandon Curry, as well as others, to the people who competed in the ’90s. He certainly did not hold back in his response.

Furthermore, Coleman said he agreed with Dorian Yates and his recent criticisms of Curry. As for what is missing in these bodybuilders, Ronnie has a simple answer.

“Conditioning is not the same. Look at those guys. I mean, nobody looks like they’ve been on a diet, like a real diet diet. Nobody looks in shape. They look okay, you know. You put them next to guys like me, Flex, Kevin, and Shawn, guys like that, you’re like ‘Woah that’s a big difference. They wouldn’t beat any of the guys I faced.”