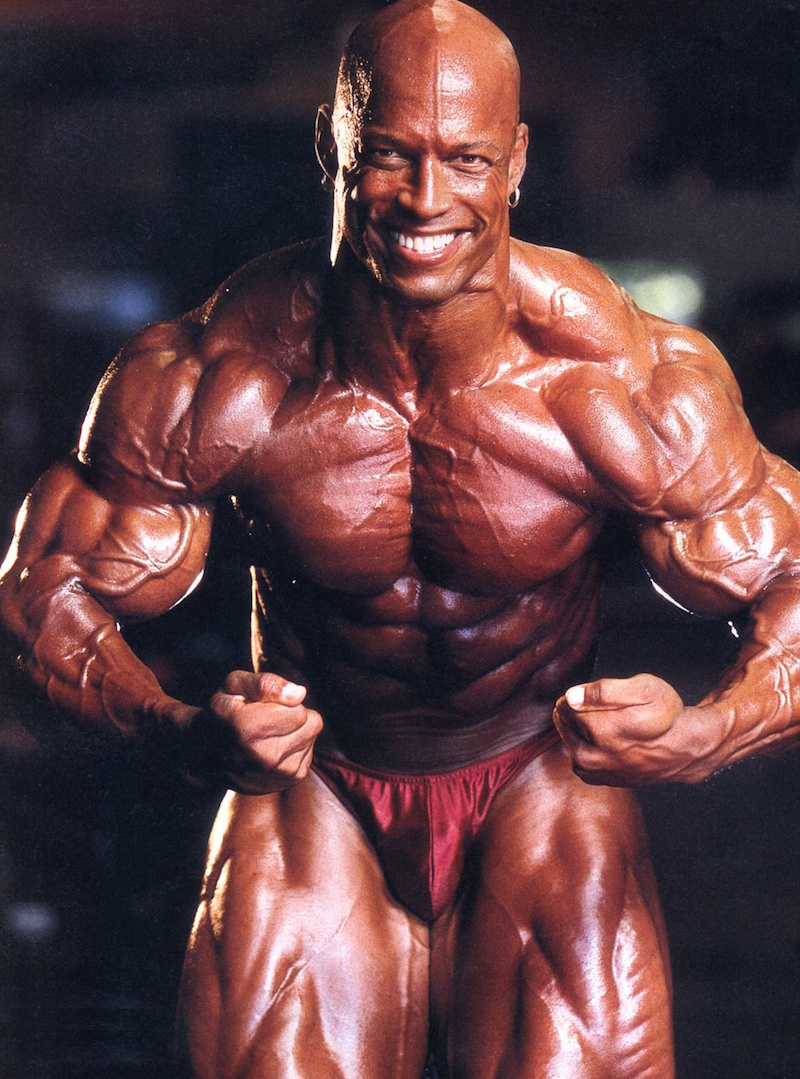 One of the things I love to write about is industry news. It’s so important to stay up to date with all the things going on in our industry and when it comes to bodybuilding, the name Digital Muscle commands a world of respect. Other names that command similar respect include Dan Solomon, Jake Wood, and Sugar Shawn Ray! Not too long ago, Dan embarked on a new project, but unlike other bodybuilding websites, he created a hub.

In a short amount of time, he congregated the biggest names in the sport’s press, many of which had had long runs at magazines and established websites. Huge names like Peter McGough and Ruth Silverman found new homes at Digital Muscle. The site also took contest coverage to the next level with Live simulcasts of the biggest events in the sport. Up until then, there were Pay Per View options, but nothing in terms of free, cutting edge technology that helped narrow the gap between the sport and the fans, the world over. Dan had a vision, he worked tirelessly towards achieving his goals, and he surrounded himself with a team of seasoned veterans. As the next chapter in his career approached, Dan found an amazing buyer in Jake Wood, who himself is credited with saving the sport of Women’s Bodybuilding, putting muscular women back on the map, and almost single-handedly bringing about the return of the Ms. Olympia. With Jake Wood and his Wings Of Strength now owning Digital Muscle, it makes all the sense in the world that they’d hire IFBB Hall of Fame Bodybuilder, Sugar Shawn Ray to oversee operations moving forward. From his work with Muscular Development, Generation Iron, and Shawn Ray TV, Shawn is the best man for the job. So what can we expect in the future, where is the bodybuilding press today, and where is it going?

The truth is, Shawn, like Dan and Jake, is a visionary. When you think about how many hats he wears, it’s almost as if he’s living the life of several people at once. Every project gets his undivided attention and the commitment to excellence is unparalleled. Take the Olympia, for example, Shawn and Bob set the bar as high as possible, serving in their respective emcee capacities. They entertained a packed house at the Orleans Arena, with millions more watching in real-time and collectively over the course of the next year, on replays. Anyone who thinks that’s a cakewalk is sorely mistaken. It takes a great deal of talent, wit, and really being able to read a crowd. These guys are consummate professionals; they’re not going off teleprompters and they don’t have talented writers feeding them canned jokes. There aren’t pilots for the press conference, there aren’t second takes; you’ve either got it or you don’t. If you’re not funny, if you’re not interesting, you can literally hear a pin drop in the whole venue. Shawn is the real deal when it comes to emceeing, but that’s just the tip of the iceberg. He’s also been a wildly successful contest promoter, for over a decade, in various states. From Colorado to Hawaii to worldwide, Shawn knows what works, he can stay on budget, meet deadlines and put forth world class productions. Shawn has also been a successful journalist, appearing on major tv networks (back when bodybuilding was on ESPN and FOX Sports), alongside fellow legends on bodybuilding programs (e.g. Boyer Coe, Kevin Levrone), and working for the biggest outlets to date, from MD to GI to now Digitlal Muscle. When you have someone of Shawn’s caliber involved, success is almost a forgone conclusion. He’s a journalist, emcee, contest promoter and on top of all that, he’s an IFBB Hall of Famer. Not only is he a famed bodybuilder, but he also holds the distinction of being the most photographed bodybuilder in the history of FLEX Magazine. If you have any concept of just how big the magazines were and how excited people got over them, you’d realize that that makes Shawn a bigger superstar than just about any bodybuilder today.

That being said, the future of bodybuilding media is always somewhat of an unknown. The internet changed everything and social media continues to create curve balls left, right, and center. The industry press is in constant evolution. Contest coverage remains a very important aspect, but with sponsorships being few and far between, it’s becoming increasingly difficult for outlets to get out there in the trenches. Also, you have larger than life youtubers who command bigger audiences that companies with full rosters of people. Message boards have also lost a great deal of the appeal they basked in just a decade ago. It’s getting increasingly challenging to get site traffic, traffic retention, and repeat traffic. Getting people to visit, stay on, and return to websites, is the entire sell to advertisers. If sites can’t get hits, why will advertisers pay them to showcase their banner ads? The truth is, today’s bodybuilding fan knows less about the big names of yesteryear and less about the history of the sport. Understanding what fans want, when they want it, and how they want it, is the key to having a successful media operation today. Fans are also more likely to get their news from someone they like, over someone who has the years invested. Whereas credibility used to come over time and after paying your dues, today it’s all about who’s cool and who’s not. This is why influencers command far more clout than even the most veteran of reporters. An influencer may not need an outlet, much like rock bands no longer need record labels. Anyone can get a youtube channel and/or an IG account. It’s all about getting your message to as many people as possible. The good news for Digital Muscle, is that Shawn Ray is one of the few members of the old guard who has that cool edge that you either you have or you don’t.

With regards to the future, I’m very excited to see where Shawn takes the publication. In terms of vision, Dan always kept things very positive and upbeat and I know Shawn can most definitely keep things rolling in that direction, as well. That being said, he also has a very objective eye, pointing out things that others may shy away from or quite frankly just not have the guts to speak on. For example, if guys don’t come in conditioned or if a champion doesn’t exhibit all the qualities of a champion, Shawn just may pen a fiery editorial or share his views on an unassuming, very real video. I hope he’s able to continue with that side of his reporting. He has never shied away from a news story and given his extensive knowledge of the sport and his vast network of friends and contacts, there’s literally no story this superstar can’t break. Being at the helm of a site like Digital Muscle, means the sky’s the limit for everyone involved.

Who’s excited about the future? I know I am! Congrats to Jake, Dan, and Shawn. What a great move for Digital Muscle and what great news for the sport of bodybuilding.