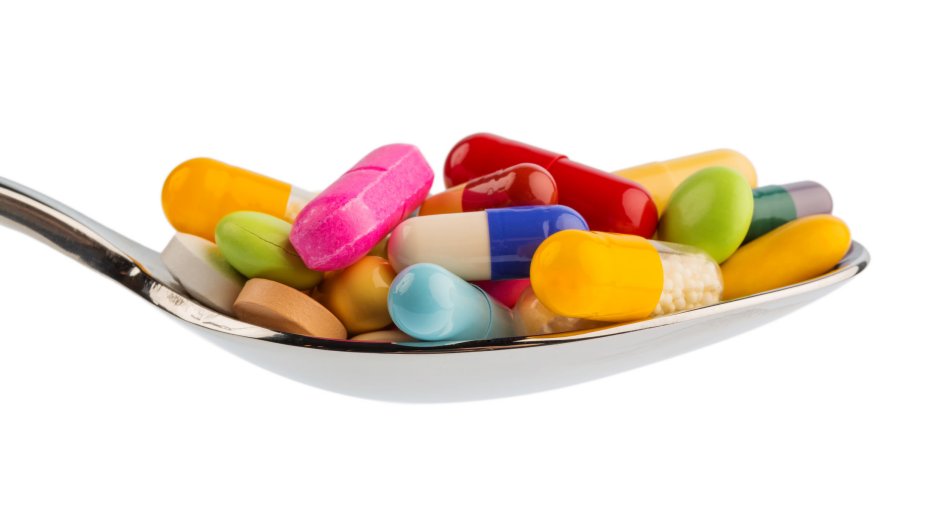 Honestly, I’m not sure what to say about this topic. I saw something while scrolling through my Facebook feed and it made me take a step back and think about the direction that the supplement industry might be going. While not all supplement brands are out there trying to convince you that you can make poor lifestyle choices and still be ok, one brand in particular seems to be going in that direction and it’s quite disturbing to me.

Cheers to your health?

There is a brand called Thrive+ that has come out with a product to aid with “the morning after” a night of drinking. I understand that supplements are to be used as just that – a supplement. But, what rabbit hole does something like this product lead us down?

Now, I’m sure there are going to be quite a few people who will disagree with everything I’m saying, and that’s fine – we all have our own opinions and can have meaningful and respectful conversations on such topics. However, for me, this Thrive+ product is over the top in my view.

Thrive+ has released a product called ORS, which stands for Oral Rehydration Solution. In essence, it’s an anti-hangover product. You are supposed to use the product after your last drink for the night or before bed to reduce the effects of a hangover come the morning. To me, a hangover is a good enough reason to not drink irresponsibly. This product is basically used to enable people to make poor choices with their alcohol consumption. Look, I’m not a party animal, nor am I someone who stays at home with a stick up their butt and is a party-pooper. What I am, is someone who has seen the ill-effects of someone with a drinking problem and the outcome it had.

This product literally masks the effects of a night of overconsumption and doesn’t help change poor habits and behaviors. I’m not saying that individuals with a drinking problem or who suffer from alcoholism would even consider this type of product, or that it would even help them the next morning (or with their problem in general). What I’m saying is that we already have issues in our population that stem from poor lifestyle choices and put people in grave danger of hurting themselves as well as others.

Looking at the numbers

In the grand scheme of things, the number of deaths in the US due to DUI accidents is much lower than something like cancer or heart disease, BUT, one death alone caused by something as foolish as drinking and driving is one too many.

Looking at statistics from 2015 according to the CDC, 10,265 people died due to getting behind the wheel after drinking. This makes up for nearly one-third of all traffic-related deaths. During the same year, 1.1 million drivers were arrested for driving while under the influence of either alcohol or narcotics. Every 51 minutes someone dies due to an alcohol-related motor vehicle accident. That’s 28 people every day. When you look at the cost of these crashes, the annual figure reaches more than $44 billion.

When people are drinking, they aren’t thinking about how they are getting home. They are there having a good time and worry about the consequences only when it directly affects them – which sometimes is too late. On the flip-side, those who know they are going to spend a night drinking will generally worry about how they will feel the next day. Maybe they have to work the next morning or they simply don’t want to waste part of their weekend recovering from a hangover. This is where Thrive+ is trying to market their product.

Talking out of both sides of my mouth

I know what you’re thinking, “but Matt, the sports nutrition and dietary supplement industry are full of products that are just like Thrive+ ORS, only fitting a different narrative.” Yes, I completely agree. Take fat burners for example. Sure, fat burners can be useful, but we wouldn’t need their assistance if we made better nutritional choices and lived a heathier lifestyle that involved more exercise rather than being sedentary and lounging on the couch all night watching television.

So yes, you can say I’m talking out of both sides of my mouth. However, you also don’t see me pushing fat burners on my clients in an effort to quickly drop their weight to give them the results they desire.

The bottom line is, we need to stop using products as a Band-Aid. We need to start taking responsibility for our actions and lifestyle choices. That person who drinks irresponsibly might decide to stop drinking as heavily if they spend the next day throwing up, tending to a pounding headache, overall and feeling terrible. Giving them a supplement that can help reduce the aftermath of a night of bad decisions in my opinion isn’t a great idea. You’re enabling poor behavior.

Maybe my way of thinking is skewed due to my profession? Maybe I just care too much about the health of the general public? Either way, I think we need to stop focusing on the quick fix in a bottle, and get back to healthy lifestyle behaviors that can prolong life and longevity.