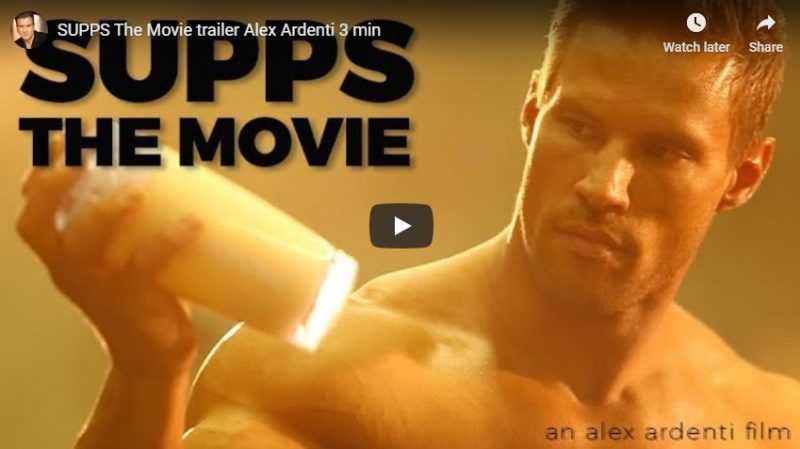 “I’ve had several offers to sell the film outright but I’ve turned down all of them without hesitation.” Says Ardenti founder of Ardenti Films the movie’s production company. “The main reason being that most distributors wanted me to alter the narrative of the film and include a ‘dark side’ of the industry or exposing illegal products masked as dietary supplements. My whole reason for producing this documentary was to show that the vast majority of big brands in the sports-supplement industry care a great deal about the quality of the products they put into the market. It’s goal is to educate and inform the public.”

The dietary supplement market is growing rapidly at over 8% every year with thousands of brands manufacturing hundreds of thousands of products worldwide. The EU market now parallels the US and Australasia isn’t too far behind.

fitness magazine photographer turned TV commercial director Ardenti chose this niche for his directorial feature debut because he has been prolifically working in the advertising world of supplements since 1990 and has witnessed a good portion of it’s history unfold firsthand. His advertising images were integral to the launch of legacy brands such as Muscletech, EAS, MetRx, BSN and Weider Nutrition. He considers his mentor Joe Weider the founder of the modern supplement industry and is heavily featured in the film.

“No one has ever documented the history of the sports supplement industry and there is certainly a lot to talk about. The first 60 minutes alone are dedicated to the historical golden era of fitness and supplements and I suggest you watch the 2 hour doc in 2-3 sittings. A mainstream distributor would have certainly done away with a lot of the history in the film but for me that’s the best part. I think it’s the most fun to watch!”