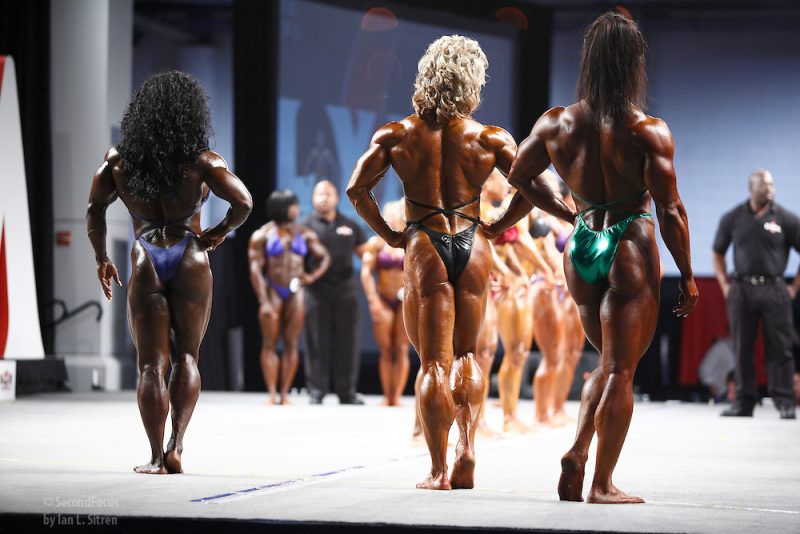 The party’s over!! It’s looking like the ladies who dominated the sport, many of which have either partially or fully retired from the stage, are looking to make historic comebacks for the 2020 Ms. O. The big question is, how will they fare against the newer, younger champions, like Alina Popa, Helle Trevino, and Theresa Invancik. There are some that say the sport has changed, that it’s moved in a new direction, and that that the champions of yesteryear won’t be competitive today.

Unless the judging criteria has secretly changed, which it hasn’t, I’m not sure how a 10x Ms. Olympia or 6x Ms. International won’t have a solid shot of winning the restored title in just 11 months time. The truth is, ladies like Iris Kyle and Yaxeni Oriquen ARE an undeniable part of the sport – they shouldn’t be cast aside and they won’t be!! They’re a major threat in any contest they enter. That being said, let’s address the notion that they abandoned the sport, let’s talk about why the sport didn’t do as well then as now, and how great 2020 will be.

We need to be practical here. The decision to bring back the Ms. Olympia didn’t just happen. It wasn’t a situation of the right time and the right place. Petitions didn’t bring about this monumental moment in history, either. I’d like to say the fans were instrumental, but they weren’t. The fact that muscular women will have their most prestigious event back, is largely because of the vision and the hard work of Jake Wood, the Wings of Strength organization, and the pragmatic / cutting-edge leadership of Dan Solomon, Chief Olympia Officer for Weider/AMI. A huge, driving force of the WOS organization, are it’s leaders (e.g. Lenda Murray) and their amazing athletes who have competed and tirelessly advocated for the division these last few years. I don’t want to take anything away from them; they’re amazing, hardworking competitors who deserve tremendous accolades!! There’s also a reason WOS went with Rising Phoenix, because a whole new division was resurrected, largely, from the ashes of a division left for dead, a division countless tried to bury.

The 2012-14 years were not a good time for Women’s Bodybuilding. As much as I love Bob Cicherillo and all the great work he does, I absolutely loved that he had to announce the return of the Ms. Olympia, from the Olympia stage, front and center, in Las Vegas, NV. I won’t expound more, but it was poetic justice.

The truth is, when Women’s Bodybuilding was cut from the Arnold, it was only a matter of time before it was cut from the Olympia. When Iris won her 10th title and retired, I think that’s when event leadership decided to pull the plug. The idea that Iris killed the sport, however, is laughable. In fact, if anything, you could argue that she kept it alive. Only when she retired, did the event go away. Love her or hate her, Iris Kyle is the greatest women’s bodybuilder that’s ever lived. When she’s 100%, she’s unbeatable. And if you change the rules, she’ll adapt, and she’ll be unbeatable with new rules!! 2006 was proof of that.

I recently interviewed Yaxeni Oriquen in Miami, FL, and here’s another example of a champion who could do major damage today. Totally off of everything and rested for two years, could you imagine how her body will respond to structured training, calculated nutrition, and cutting-edge supplementation? It’s mind blowing!! She competed for TWENTY-FOUR CONSECUTIVE YEARS, then took a full two year break, and now wants to give 110% to bring her best to the 2020 Ms. Olympia stage. If I was competing against her or Iris, I’d be ALL KINDS OF TERRIFIED. Lol

But let’s talk about what’s being discussed in the peanut gallery. These ladies didn’t abandon the sport – the Olympia was no more. For as great as other shows may be, ladies like Iris and Yaxeni were the best. You can ONLY be the best, if you win the Olympia. That’s what everything in our sport, its history, and its legacy are based on. Every pro competes on pro stages to get to the most exalted, most prestigious stage on the planet. If there’s no stage, you can hardly criticise the athlete for retiring. The World Championships were an amazing event, with huge prizes, huge respect, and huge production value – but it wasn’t the Ms. Olympia. That’s no disrespect, because this whole article and everyone who’s floored at the return of the Ms. O, credits, recognizes, and thanks Jake Wood and the WOS organization for all their hard work and vision, but there’s only one Olympia. Case closed.

Now, back to the silly notions that Iris, Yaxeni, or the ladies from yesteryear killed Women’s Bodybuilding, please don’t ever say that out loud. It’s silly. Women’s Bodybuilding died, in part, because of the constant digs of insecure men and Barbie Doll women who rallied behind sexism instead of sisterhood.

Saying that women look “too manly” is the most misogynistic bullshit I’ve ever heard (and to hear it from women talking about other women, is pathetic). There’s people in the mainstream public who will say that about BIKINI competitors!! I don’t think muscle, dryness, separation or striations belong to either gender. If we’re talking drugs – everyone uses them – so don’t even go there!! Bikini is the softest division and WBB is the hardest. Wtf does looking too hard, even mean? Lol!! Would you tell a man he looks too hard? STOP being sexist!!

Marketing is huge. There wasn’t any before. By 2012-14, everyone was looking to kill the division. Jake Wood and WOS changed all that. In four years time, the division is firing on all cylinders, it’s no longer politically correct and totally uncool to ridicule the muscular women – NO ONE DOES IT! In fact, everyone is now tripping over themselves to PRAISE THEM. That’s what happens when you have MONEY and MARKETING with STELLAR PRODUCTION VALUE – all going hand in hand. All the haters part – like the Red Sea – and they all STFU. Anyone looking to attack muscular women, today, thinks twice. This completely new climate and new respect for muscular women is 100% owed to Wings of Strength!!

Sadly, though, if competitors are going to turn on each other on social media, now, that would be most disappointing. That’s kind of why I’m hoping this article nips this issue in the bud, early on. Let the best ladies get the best placings on contest day.