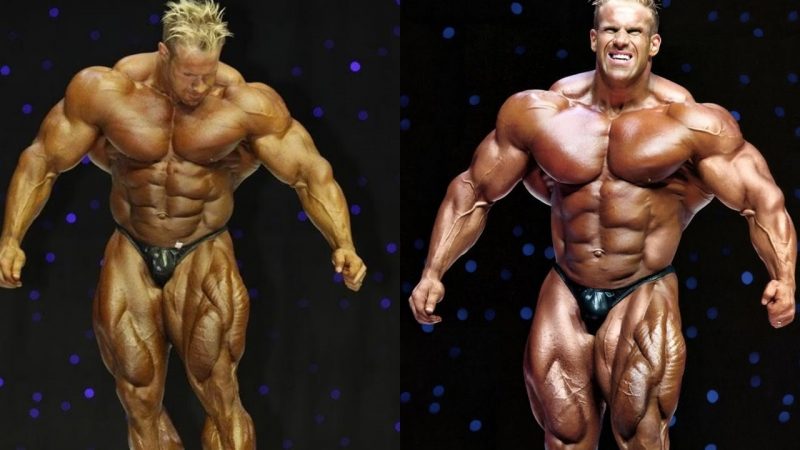 Have you ever heard people tell you that “there’s no money in bodybuilding?” People are quick to say this to anyone who looks to the fitness industry as a place where to work, excel, and build a future from. Most of the people passing judgement fall into two camps. One camp are those who tried, perhaps going about it the wrong way. Another camp includes those who have very little knowledge, much less experience, but are skeptics by nature.

The latter could include parents, significant others, and friends who may have never bought a magazine, attended a bodybuilding show, or seen a large expo (like those at the Olympia, Arnold, or LA Fit Expo). Their primary motivation is that you earn a good living, first, and that you be happy second. The reason for this is because most people have to sacrifice their dreams in order to find gainful employment; however, working in the fitness industry could be akin to traveling to Hollywood with plans of making it as a movie star. Most people don’t correlate fitness employment with success. While their intentions may be noble ones, their lack of understanding could dissuade folks who could otherwise have been very successful, had they just enjoyed a little support. Those who love bodybuilding will do whatever it takes, even if they have to make believers out of skeptics, but a lot of people will just find something else, because the acceptance of loved ones outweighs even their own happiness. We see this in the competitive aspect of the sport as well. There are countless folks who would love to compete, but never do, because of drama, resentment, and/or even ultimatums set by their significant others against it. The other camp that actively discourages anyone from entering work in the industry, are those who gave it a try and failed. Some failed because they were short-sighted, others tried too hard (which actually sabotages you), and others simply didn’t take it seriously. There are many success stories in the fitness world and many different paths that could potentially take you where you want to go, but today, I’d like to talk about 4x Mr. Olympia Jay Cutler. In my opinion, Jay was and is, the most successful bodybuilder in the history of the sport – here’s why.

For the record, I call Jay the most successful bodybuilder of all time, but I am excluding Arnold from the equation, of course. Arnold would be the richest, the most popular, and the most business-minded of all; however, Arnold’s career isn’t dominated by bodybuilding. A stronger case could be made for acting and/or politics. Bodybuilding was certainly the vehicle that got him to America, but when I’m speaking of the most successful bodybuilders of all time, I’m referring to bodybuilders only.

Jay Cutler graduated high school, pursued criminal justice in college, and worked construction. He could have easily pursued a career in law enforcement or pursued a totally different career-path later on; however, he moved out West to follow the bodybuilding dream. From the very beginning, he was discovered by the right people and moved up the ranks, earning professional status, and signing contracts. In a very real way, I believe him when he says that he brought his New England work ethic with him. I mean, just look at the companies he worked for and what kind of work he did.

A big part of Cutler’s success, is the way he carried himself and how he treated the fans on his way to the top and once there. Whereas a lot of pro bodybuilders are clock-watchers (counting down to the second they can bolt out of an appearance), Jay would stay till the very last fan got a photo, an autograph, and/or was able to talk to him. That’s true commitment, true care for your work. This was also in the pre-social media era, when pissing off fans didn’t mean what it means today. Fans didn’t have a way to lash out, complain, and/or troll the champions like they do today. Back in those days, tons of fans got treated more like nuisances than priorities. The only consequence, albeit minor, that could potentially result from poor treatment of fans was word of mouth – and that was slower than snail mail to get around. Nonetheless, Jay was so good to the fans, for all the right reasons – he genuinely cared and wanted to grow the sport. Word of mouth spread and the word was, Cutler was a real man’s man, a blue collar bodybuilder, and someone who appreciated where he was at. A guy like Jay could really make things happen, just look at what he did for Muscle Tech.

While it’s true Gregg Kovacs was a major sign for Muscle Tech, it was when they signed Jay that their good fortune became a virtual goldmine. Despite the fact Cutler wasn’t 6’5, didn’t weigh nearly 400lbs, and didn’t have a video incline (smith machine) pressing six plates for a single rep, Cutler had an undeniable connection to the fans. Also, much like Ronnie Coleman, Cutler rose through the ranks gradually – he wasn’t an overnight success. Bodybuilders and fans respect a guy who’s been punched around a bit, taken last or placed poorly a few times, and especially one who could have won, but took 2nd and didn’t cry like a bitch about it. Jay didn’t smash his 2nd place trophy backstage, he didn’t run off to another federation, and he certainly never badmouthed the guy who beat him. In fact, Jay was a consummate professional, each and every time he took 2nd to Coleman. And while he placed 2nd on stage, he was quietly placing 1st in earnings.

Now I don’t know this for a fact, because obviously I don’t have access to tax returns and I’m not going to poke around online, because I find that a little strange (not even really fact-checking, more like prying), but based on my recollection from the scene and my own gut instincts, Jay was making serious bank. Also, my apologies for the previous horrible run-on sentence. Just based on websites and ads (back when there were 300 pg magazines), you’d see Jay with Muscle Tech, Schiek, an egg company, and a few others. He was everywhere, always dressed to impress, and always sociable. Ronnie had the big BSN contract, but his approach was a little different and he wasn’t anywhere near as visible. Ronnie was/is also an undeniable people’s champion, undeniably humble, but I don’t think he had the business mind he has today, back when Jay was his chief challenger.

It’s not like Cutler could do no wrong. Some of the company’s he started or was associated with may not have been instant successes, but the pairing with BPI Sports, for example, seems to have been a match made in heaven. His clothing line has also done very well and he’s also involved in contest promotion. One thing he was always known to be involved with, was real estate, particularly before the 2008 crash. Again, I don’t know how much Cutler invested or made, but word of mouth traveled very fast – even in the pre-social media era. One look at Cutler today, his business investments flourishing everywhere, and his lines only getting longer at expos (while others from his era are either MIA or struggling to make ends meet) further illustrates my point.

There’s no question there’s money in the fitness industry, but sometimes it’s not necessarily about how much you work, but when and where. It’s also important to diversify your income-generating work, be good to the fans, and sometimes look outside the sport as well. If all you do is compete and personal train, then you are limiting yourself. Even if you land one great contract, why stop there? Dream big, then think big, then act. If you’re perpetually daydreaming of your big step(s), chances are you’ll never live out your dreams. Also, it’s good to listen to those who care about you, process it, and then move on. You can’t let others dictate how you live, but you also shouldn’t shut yourself out, either. It’s all about BALANCE!

I truly think Jay could/should give seminars on bodybuilding, business, and life. He’s truly one of the greatest success stories of our time. I admire him greatly and I think he’s an awesome ambassador for the sport of bodybuilding.

I hope you enjoyed reading this article and look forward to your comments.