The Return of Cody Montgomery 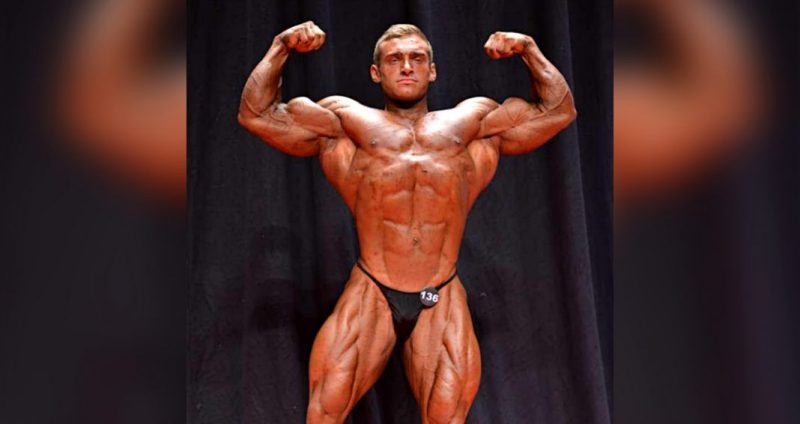 Few haven’t heard the name Cody Montgomery. 3x NPC Teen Nationals Champion, Mr. USA, and one of the youngest men ever to earn a coveted IFBB Pro League Pro Card! There was a time when Cody was on top of the world. All the magazines and major websites raced to his side, all wanting interviews, photo shoots, and simply just to pick his brain. He’d also eventually land a very good deal with supplement giant, Blackstone Labs, who he continues to work with. Montgomery did things his way. When critics failed to understand why he went for a third teenage title, instead of competing for his pro card, he followed his own gut instincts, making history.

In 2015, he’d go onto win the Heavyweight Class and the Overall at the NPC USA Championships. This victory put him in a very elite circle of athletes, but as he made the transition to the pro stage, something happened. Whereas he’d always been competitive as an amateur, he found it difficult to put on the kind of size necessary to be competitive with some of the bigger bodybuilders in Open BB. A lot of people fail to realize just how much size it takes to hang with the Pro’s. Size is one thing, though, but then you have to come in peeled to the bone, ripped to shreds, in order to place among the Top 5. I don’t think Montgomery lacked any heart or discipline, rather, I think he was looking out for where he’d fit in best, make the most impact, and also protect his health and longevity. Like other bodybuilders of his generation (e.g Regan Grimes), he looked to the 212 and Classic with a great deal of interest. After all, the 212 is on fire and Classic Men’s Physique is considered by many as classic bodybuilding; they see it as representing the Golden Era of bodybuilding. That being said, classic physique is physique not bodybuilding. This is why when 4x Mr. Olympia Jay Cutler is said to have told Montgomery that “he was a bodybuilder.” That reminder made Montgomery seriously re-think his choice; he’d tried 212 and was up until then, rumored to be looking at Classic. In this article, I will speak as to why I think open bodybuilding is right where Cody belongs, why I think he’ll do well, and what I think the future may hold for the division.

The sport of bodybuilding has changed a great deal and it all started with 2008, when Dexter Jackson won the Mr. Olympia. The change I’m referring to, continued with the early reign of Phil Heath, and is back in full force with last year’s victory of Shawn “Flexatron” Rhoden. There is a great emphasis on symmetry, conditioning, and posing. The focus has changed drastically from days of Coleman and Cutler – both were great champions, but they exceeded the norms of size. The world of bodybuilding no longer looks to 290+lb bodybuilders as the gatekeepers. In fact, just look at Big Ramy. Although The Egyptian Phenom has wowed audiences, guest posing at as much as 340lbs, somewhat conditioned, he fell out of the Top 6 last year. This is a man who placed 2nd at the Mr. Olympia in 2017, but was edged out by considerably smaller bodybuilders in 2018, including Flexatron (who won the contest) and Arnold Classic champion, William “The Conqueror” Bonac. Now, working with Neil Hill, even Big Ramy is said to be dropping down to the 280lbs. I truly think this is the perfect time for Cody to really dive into the action.

We saw Cody do rather well in 2018 at the 212 and I’m sure he could do classic physique if that’s really where he has his heart set, but I think the best move for him, is going back to Men’s Open Bodybuilding. There’s no question Montgomery can get down to the 212 range and be as conditioned as just about anyone, but his best physique is in the 225-230 range, which is Open Bodybuilding all day. Ron Harris of Muscular Development made an excellent point on a forum post, making the point that just a bodybuilder isn’t 250lbs, that doesn’t mean he has to be 212.

The sport is ready for someone like Cody, but not only because of symmetry; there’s more. Anyone who has been to large fitness expos, meet and greets, or in-stores where Montgomery has been present, knows that he’s truly a people person. A great many bodybuilders today, have zero personality. They don’t know the first thing about holding a conversation, much less being likable. Cody has spent a great amount of time interacting with fans, working long hours, and being seen by the fans in the trenches. Many of the top bodybuilders today are accustomed to pretty much low-intensity, chill lifestyles; I highly doubt many of them could work a day at a busy booth, much less years of it.

With regards to the future, I can see someone like Cody Montgomery doing very well, given what the judges are looking for. He doesn’t need to play the size game, and he can be very competitive, competing often and appearing at expos. Dave Palumbo made a very good point some time ago, with regard to top bodybuilders making a good living, despite not winning the Arnold or Olympia. I’m not saying Cody couldn’t win either, but even if he doesn’t, if he’s competitive on stage, seen often at bodybuilding events, and treated really well, as he is by his main sponsor, Blackstone Labs, then he’d be set. I could even see Cody trying his hand at acting, maybe being the face of some products under BSL, and/or going on speaking tours. Let’s also not forget the very lucrative guest posing circuit. Cody is a great poser, but he’s also a very big People Person. Well liked people have followings and promoters love that, because followings translates to ticket sales. Just sayin.

I hope you enjoyed my article and I look forward to reading your comments, whether here at Iron Magazine, or wherever you may see this story.