Today’s Superstar Bodybuilders Are Closer to the Fans 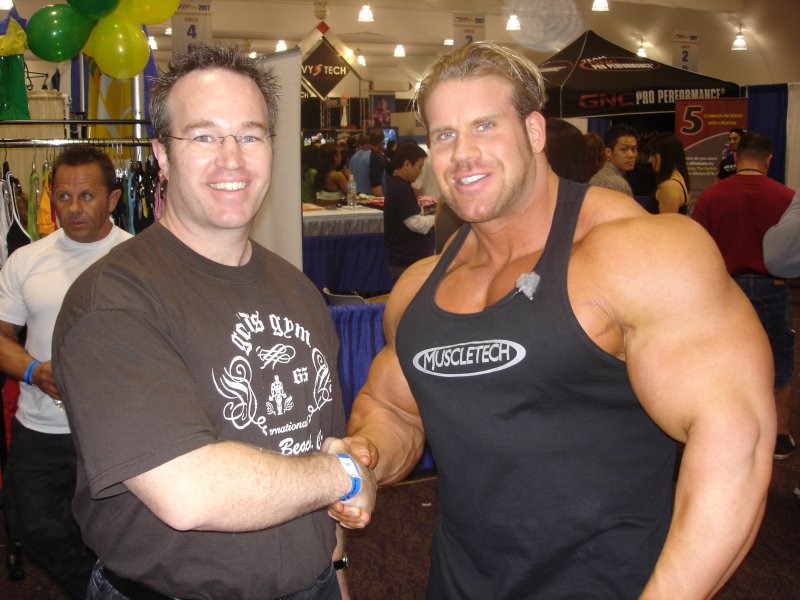 I have to say, many years ago, I never would’ve dreamt of having a normal conversation with any of the top bodybuilders of the day. I said hello to Ronnie once, hello to Jay once, and I walked side by side with Kai at an Arnold, but never said a word to him. I guess I could’ve, but I just didn’t feel like it’d be natural. We were both walking in the same direction, it was a bodybuilding event, and I could’ve easily broken the ice, but like i said, it just didn’t feel right.

The first major bodybuilder who I actually had a conversation with, was Rich Piana back in 2013, but in terms of a top Olympian, it was probably a year later with Cutler. That was a different situation because I met Jay at the BPI booth, thanks to my friend Chris MacKenzie, who I’d known for more many years. Thanks to my friendship with Chris and talking to Jay, that gave me more self-confidence to talk to stars on that level. In the years since, I’ve been a part of RX, MD, and several companies. The more articles I’ve written, the more videos I’ve done, and the more contests I’ve covered, the greater my confidence has become. Even still, I wouldn’t feel right walking up to Phil (who I’m pretty sure hates me) or Kai and having a normal conversation. If I can’t do that, being in the press, imagine a regular fan. One of the best ways to grow the sport of bodybuilding, is to narrow the gap between star and fan. I feel the current crop of top Olympians is doing just that.

If I see Shawn Rhoden, Brandon Curry, Roelly Winklaar, William Bonac, Dexter Jackson or Nathan DeAsha, talking to them, is akin to talking to talking to a buddy at the gym. These guys win the biggest contests in the world, make tons of money, but they’re down to earth and humble. I have great respect for them and all their many achievements, but they don’t hold that over their fans heads. These guys are consummate professionals, who understand that the sport wouldn’t be anywhere without the fans. Any company fortunate enough to have them on their roster, should thank their lucky stars, because not only are these guys great ambassadors for the sport of bodybuilding, but their positive vibes and realness, will turn a great many of their fans onto the product lines each company that backs them, has available. If the products are great quality, even better, but a great many fans buy supplements to support the men and women they look up to, the people who they relate to, and the people who inspire them.

Being a star today is also harder work than before. Back in the 90’s and even in the 2000’s before Instagram, champions could do their 1-2 shows a year, maybe do a guest posing here or there, but they could largely disappear. With Instagram, however, being a physique-based superstar is a much more demanding gig. Stars also have to have an insane amount of patience, especially at public places. They probably have to answer the same questions (e.g. how much protein do you take, do you use ____, do you think I can be a pro, lol) over and over and over again. They also have to deal with trolls (online and in real life), wannabe journalists trying to antagonize them, and an established industry media that’s becoming more venomous to bodybuilders than the mainstream media ever was. Stars have to trudge through the sludge of trolls, haters, and growingly paparazzi-like journalists. Soon, privacy will be a star’s ultimate commodity, as fans want more and more interaction. This obsession with the bodybuilders and the ever increasingly-needy fanbase, can easily start to take what little time these stars have for their significant others, family, and friends. They really have their work cut out for them.

I feel like the sport is moving in a great direction, with the best of the best (in the flagship division) setting the standard for the champions of all other divisions. This turn towards better fan relations isn’t just something happening in bodybuilding, but I definitely think bodybuilding put the ball in motion. There will also always be superstars in the industry that don’t compete, but I think for the years Phil and Kai were on top, we had far more than before. This is nothing against them personally, just that they lacked the oneness with the people that the bodybuilding stars I named off in Paragraph 2 have. Not only is this oneness from the aforementioned guys undeniably present – it’s real. You can’t fake that sort of thing, and if they did try to force it, today’s fans would see right through it. When the fans didn’t have competitors they could identify with back in the day, they found them elsewhere, in guys like Kali, Piana, and (then-retired) O’Hearn. Rich spoke to people like friends; although he was more popular than the reigning Mr. Olympia, he was down to earth, he was approachable, and he was never deep in a booth, away from the people. Rich was always out front and center, and people respected that. If anything, his athletes were behind him, but he was never behind them.

Today’s champs aren’t about flaunting what they have, walking with huge entourages of minders, or being short with their fans. These guys would never charge for an autograph, they aren’t clock-watchers, and many would even do interviewers with the smallest of media outlets (provided they’re legit), not because they need the hits, but because if you love the sport, then they give you the time of day. It’s a very pure, very noble thing, that simply wasn’t the case before. This is a great time to be a fan of bodybuilding, to go to expos, to buy tickets to contests, and stand in line to meet the men and women you look up to.