What if Flex Wheeler Had Won the ‘98 Mr. Olympia? 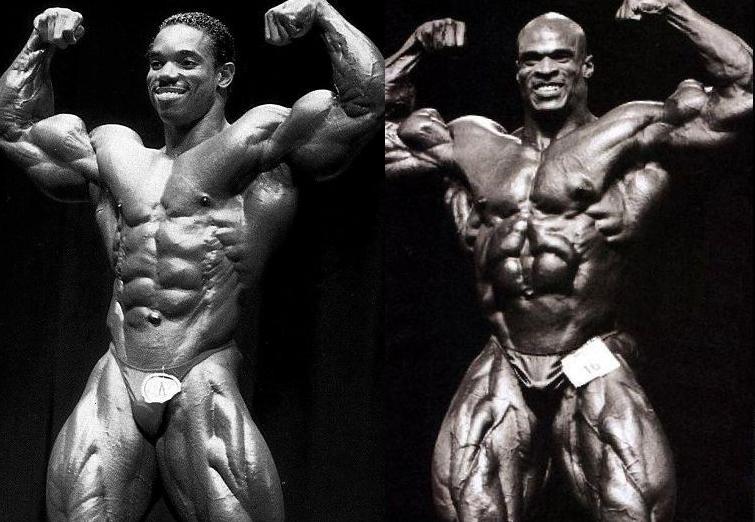 Any statement that starts with the words “what if,” is always interesting. It’s fun to speculate as to what may have happened in some alternate reality, with the benefit of hindsight. Up until 1998, Dorian Yates had the Olympia on lockdown, much like his predecessor, Lee Haney did. Both Lee and Dorian, like Ronnie later, would set the standard by which all other bodybuilders could only aspire to reach.

For much of the 1990’s, the name Ronnie Coleman, was not associated as a future Mr. Olympia. Dorian took a strong second to Haney, so you know he was on the radar. Haney took a Top 3 placing when Samir won, so you know Haney was on the map, but Coleman was never Top 3 at the Olympia, never won the Arnold, and never won the NIght of Champions, he just had a good run, Dorian retired, and he bested everyone. The real fight in 1998 was between Ronnie and Flex, two men, one a huge favorite, while the other was largely overlooked. It’s important to understand just how important the press was back then. Message boards were around, but not as popular as the 2000’s. Also, social media was really not there, either. There was no Facebook, no Youtube, so the print press was king. I don’t recall Ronnie landing many covers before his big win at the Olympia, but that would all change. So what direction would the sport have gone if Flex Wheeler had won, how long would he have held the title, and how different, if at all, would the sport look today?

There’s no question that the competitiveness of bodybuilding in the 1990s was arguably the greatest decade in the sports history. Of course the film Pumping Iron will make you believe that the 70s were in fact the golden era, but I beg to differ. In the 90s you had five or six guys who arguably, dominated. The five or six guys who would routinely battle it out on stages in the United States, Europe, Australia and all over the world, ruled. These competitors were so above average, even far above the elite of their time, that had Wheeler won in ‘98, I any one of those other five or six guys could have easily won in ‘99, 2000, and 2001. I’ll be honest, I mean this is my article after all, I’m not a big fan of multi-year champions. I find that boring and to be quite honest I like the excitement of there being a new champion every year or every other year. The problem is, that in our sport, in order to defeat the reigning champion, you have to knock him out. That little extra bit of effort is what prevents many aspiring champions from winning the biggest title in the sport. It’s also that little bit of breathing room that allows for a somewhat off champion to hold onto the title by the skin of his teeth.

1998 was ridiculously close. I think the best way to distinguish the two best physics of that year, would boil size vs shape/aesthetics. Ronnie was much bigger, much more dense, and far wider. When I say bigger, I normally simply refer to weight, but in Ronnie’s case it was weight + muscle mass, plus muscle density. Wheeler, on the other hand, had the shape/flow, aesthetics, and in my opinion more overall balance.

After all, that has been the ages long battle at the Olympia. Usually it’s size vs aesthetics, but a lot of times it’s the aesthetic bodybuilder that possesses the condition. That theory did not play out in 1998 because both guys were conditioned – only one was way bigger and the other one was prettier to look at.

If Flex had won that 1998 Olympia, without any disrespect to him, I don’t think he would’ve retained the title for more than one or two years, at least not consecutively; that too would’ve provided a great deal of entertainment. Just imagine Flex winning one year, losing it the next year, and then coming back to win it again. Like I said there was such a high degree of competitiveness between five or six of the best bodybuilders of that time, that they literally could have played hot potato with the title each year. That’s how good they were; the problem is once Ronnie jumped out of that 1998, 1999 physique into what he would become, it was lights out. Nobody could touch him. Although Jay Cutler, technically defeated him in 2001, his posing wasn’t there and thus he was not able to seal the deal.

The Mr. Olympia sets the tone for what physics will look like during the given year. As a result physiques got bigger and bigger with each successive champion, starting with Lee Haney going to Dorian Yates and then to Ronnie Coleman. Before this trilogy of champions, you could still win the biggest title in bodybuilding and not weigh much more than 200 pounds.

Recently with the victory of Shawn Roden, we have seen a return to symmetry, aesthetics, and overall balance. That being said we will never be at a place where a 200 pound bodybuilder could win the Olympia. In fact, a 200 pound bodybuilder probably couldn’t win the 212 Olympia Showdown, either. Nonetheless we are in a good place with the sport, but things may very well have been different if Wheeler had won in 1998

I hope you enjoyed reading my article, here at Iron Magazine. Please remember to use discount code IML15 to save 15% off at IronMagLabs.com
.