What’s the Long-Game for Bodybuilders? 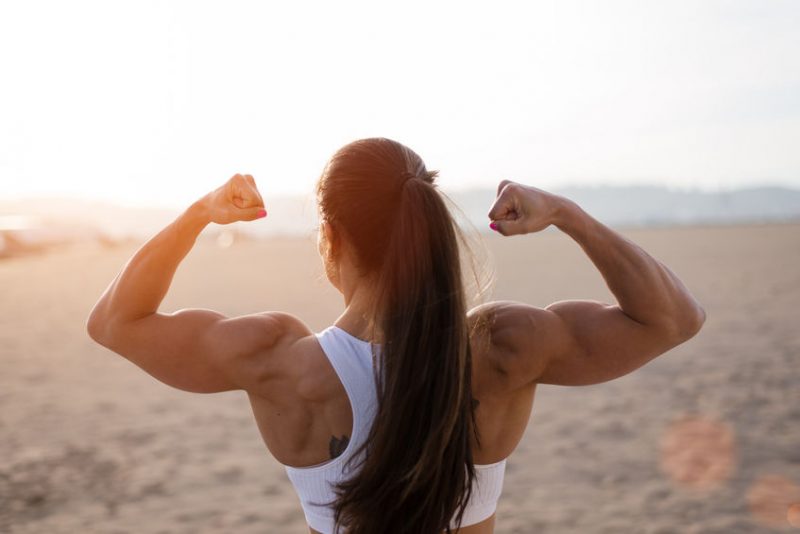 Let’s be honest for a minute. Bodybuilders don’t make much money at all. In fact, you and I probably make more than majority of them annually. Unless you are a TOP competitor, this sport won’t pay your bills.

Right now, you have a few bodybuilders who have had a successful career and made a significant amount of money. The highest paid bodybuilder is by far Arnold, with over $300 million from the start of his career until now. His story will go down as one of the best the industry has ever seen. Then you have guys like Ronnie Coleman, Jay Cutler, and Phil Heath—all millionaires who are running businesses (and in Phil’s case, still winning Olympia titles).

Many bodybuilders bank on their sponsorships to bring them just about as much, if not more money, than what they make for competing on stage. There are competitors who make virtually nothing on stage that at least have the ability to keep a roof over their head and put food on their table thanks to their sponsors.

The downside is, not many supplement companies are sponsoring athletes anymore. Back in the 90’s and early 2000’s, it seemed like every supplement company had not one, but several athletes signed under them. Some of which made six-figures just through their sponsorship.

Today, many of these athletes are lucky to get paid (monetarily) at all. Some are working for free supplements. Some contracts include payment to the shows they compete in. Some have contracts where they only get paid if they show up for an event such as a meet and greet or demo at a retail location. Then of course they show up to the booths and get paid at the major shows such as the Arnold and Olympia.

The life of a bodybuilder isn’t grand by any stretch of the imagination. Their entire world revolves around training, eating, and sleeping. Which, if that’s your passion and life mission, more power to you.

While their gym memberships might not cost a lot of money, their food bills are extremely high in order to preserve and build lean muscle mass. Their income is also based off of how they place at shows. So, if you don’t compete, you don’t bring in income. This forces some bodybuilders to compete often in order to collect some type of paycheck.

On top of the food, they need to pay just to compete on stage, and then they also have the cost of their “supplements” as well (you can read between the lines here). Depending on their use and dosage, this could easily eat up a normal American’s yearly income. There’s a reason why you don’t see every bodybuilder rolling around in a luxury or sports car. Many of them scavenge just to get by.

So, what’s their end-goal and why would they want to live this way?

Many bodybuilders don’t have an end-game. Their quest to be the best bodybuilder in the world is constantly at the front of their mind. They spend years, maybe even decades, trying to work their way through the ranks and improve their physique to one-day step on stage and become Mr. Olympia. For them, it has nothing to do with the money or the fame. It’s a goal they set many moons ago that they are working tirelessly to achieve. Some will reach the pinnacle, many will not.

There will even be some bodybuilders who will take the name they built in the industry and try to start their own business. Ronnie Coleman, Dorian Yates, Jay Cutler, Phil Heath, Rich Gaspari, Kevin Levrone, and others have started supplement companies that play off of their name and status in the bodybuilding industry. Some of them have done well for themselves, while others have failed miserably.

Then there are guys like Arnold. To be quite honest, I’m not sure if there will ever be anyone like Arnold. He took an amazing career in bodybuilding and created a name for himself not only in our industry and sport, but also in the homes of people across the nation. Terminator, Kindergarten Cop, Predator, Tarzan, Total Recall, Collateral Damage, End of Days, Batman, Jingle All the Way, Eraser, Junior, True Lies, Last Action Hero, Twins, Commando, and Hercules helped build his illustrious career in showbiz (just to name a few). Then you have all the magazines he’s been in, and last but certainly not least, his time as the Governor of California.

I think Arnold motivates a lot of competitors these days. One in particular who seems to want to follow in his footsteps is Kai Greene. Will Kai ever land lead roles and become a household name? Who knows? But, Arnold has definitely paved the path for these competitors to step off the stage and into another career if that’s where their passion takes them.

So, whether the long-game is to be the best bodybuilder in the world, or branch out into another industry after you build your career, everyone seems to have a different end-game. They need to love what they do. Who are we to judge what they want to do with their lives? All we know is that these monsters sure make things entertaining on the bodybuilding stage.