Will Lee Priest Return to Bodybuilding? 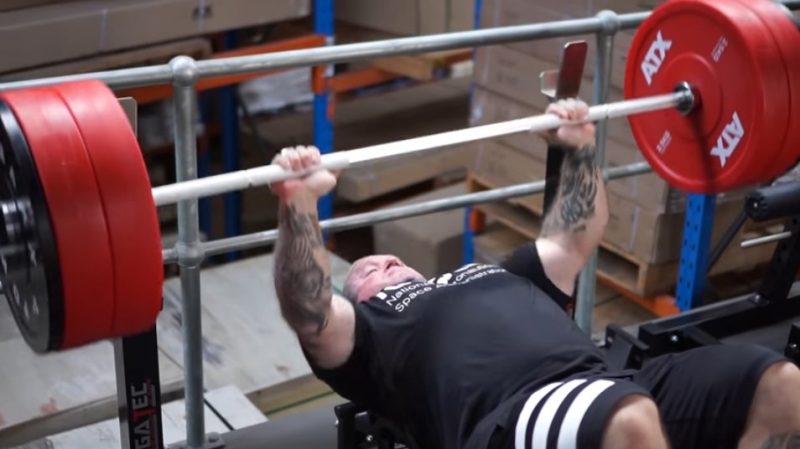 It’s been nearly a decade and a half since Lee Priest has competed on a real bodybuilding stage. He’s had some stints here or there, but it’s been a very long time since the people have been able to see the Australian phenom, with the greatest arms in the business, battle it out on stage with the best. I still can remember a time, when Priest was truly a giant killer, taking on the likes of Chris Cormier and best them.

And by the way, I don’t mean bigger guys who were off, spilled over, or sick – I mean bigger guys at 100%!! This Top 6 Olympian was slaying giants at a time long before the 212 or even the 202; he was competitive and he was dangerous. He was also controversial, and that’s not something I never really identified. To be honest, I don’t know that even hardcore fans knew what he was complaining about half the time. His issues with, perceived, politics, were always a huge distraction for me. I didn’t care about that and I don’t think most people did either. What was the guy’s deal, exactly? We’ve all heard of rebels with a cause, but in Priest’s case, I think he was rebelling, just to rebel. Who the heck really knows? Who really cares at this point, anyways?

The truth of the matter is that Lee is one of the guys who never truly retired. He may have abruptly stopped competing, but he never said he was officially done. Despite the help of big names in the business, including Mr. World Bob Cicherillo, who managed to get him a second take on his pro career, Priest just never made much of the opportunity. That being said, he still looks very impressive, holding onto his size, keeping (and some might even argue increasing) his fanbase, and being very relevant in today’s bodybuilding world. Whereas many of his contemporaries fall into the hasbeens category, he’s still up there. What would it take for this warrior, for this titan, to return? And how would he do in today’s pro circuit?

We’ve said a lot so far. For starters, relevance is a huge factor. It’s hard to stay relevant, especially in an always-changing sport. One of the pitfalls of social media, is that time is really felt, immediately. In other words, in the old days, a guy could be absent anywhere from 1-3 years, but his absence wouldn’t be truly felt across the boards until the 4th, 5th, or even 6th years. For a long time, people thought Dorian was coming back or that Ronnie was still the champion, even though Jay had won Sandows. It’s pretty crazy, but social media changed all that. Even the internet, alone, wasn’t as fast paced; fans could still be somewhat in the dark. If you were to poll message boards and fans on social media, today, you’d notice a significant drop in people talking about even Big Ramy – and the guy’s only been out, at most, a few months. That being said, everyone knew (almost immediately), that he wasn’t doing the Olympia. Between that fact and his drop in placings last year, the word spread like wildfire, as did the speculation(s).

Kai Greene, on the other hand, who’s been on countless advertising materials and appears on programs all the time, might as well have been gone for twenty years. A lot of newer people, younger people, almost regard him as a myth. He hasn’t competed on an Olympia stage in over five years. Most people equate talk of Kai’s return to that of Santa Claus or the Easter Bunny. They know who he is and they know how great he was, but that’s a far cry from conceivably competing again. Lee Priest, on the other hand, hasn’t been on an IFBB Pro League stage since 2006, yet whenever he even hints at a return, it’s enough to send the bodybuilding world into a frenzy.

One of the best things Lee did for his career and which he’s consistently kept up with, over the years, has been staying close to his diehard cadre of fans. Priest fans, range in age, but their support for the Aussie legend only increases. From his face tat to his over-the-top antics, to his in-person personality, there’s an undeniable segment of the bodybuilding fanbase that gravitates to him. It’s almost like a magnetic pull. The fact there’s no On-Air/Off-Air in him, is also very special. In this highly-connected world of instant news, one of the things people yearn for most, is realness. Everyone is looking for it. “Reality TV Shows” are usually fake and what stinks most, is when the viewer connects the dots, and figures it out. There’s no figuring out Priest – he’s as real as they come and people really appreciate that. It’s old school.

The fact Priest never retired and constantly flirts with the idea of coming back, further keeps the faithful’s spirits up. One of the smartest moves he’s made, is to become somewhat of a fixture on Rx Muscle. RXM is one of the Top 10 biggest bodybuilding-related websites online. He’s also very active with his YouTube channel, consistently releasing content from the gym, warehouse, whatever it actually is. Who cares if Priest made videos in a garage or in a cave, the point is, he’s making videos, and people are watching.

The guy has never been without a good supplement contract, a sizeable audience, and he’s never lost his physique or personality. It’s scary to think what if this guy ever did come back. Imagine if he focused 100% on bodybuilding, toned down the rhetoric, and gave his all to winning big titles. Just like Dexter Jackson could still win the Mr. Olympia in 2019, so could Priest. In fact, if you hold time/age against him, that’s one way of looking at things, but there’s always two sides to the coin. You could also look at the 15yr absence as a much-needed break for his muscles and joints. He may very well have recharged himself and could easily compete at the most elite levels for 5-10 years. That’d be crazy, but totally within the realm of possibility.

So the question is, DO YOU THINK LEE PRIEST WILL COMEBACK?

I hope you enjoyed reading my article, here, at Iron Magazine. Don’t forget to use discount code IML15 when shopping at IronMagLabs.com to Save 15% of your hard-earned cash, while getting your hands on some cutting-edge, hardcore bodybuilding supplements.