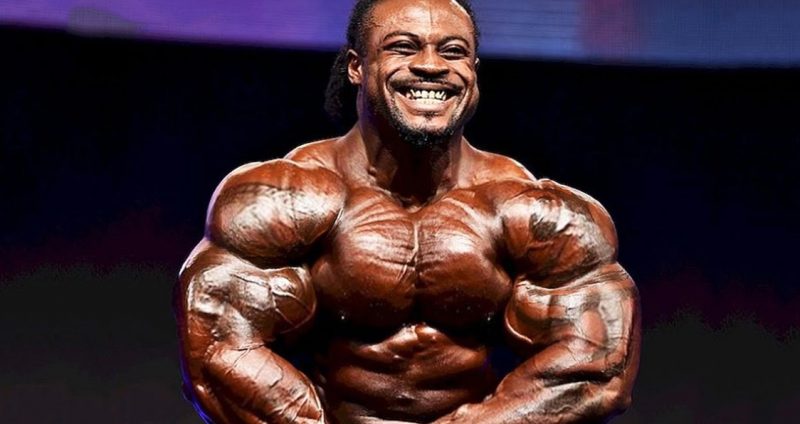 On my first post-Arnold Classic article, I have to say that my prediction was right, this was Brandon Curry’s year, and he won the contest, just as I said he would. That’s not to say it wasn’t a hard-fought battle which pushed defending champion William “The Conqueror” Bonac and Brandon to the absolute limit. Bonac brought a very impressive package, with tons of muscle, excellent wheels and very conditioned muscle.

Bonac posed his heart out on stage and his hardcore fans have had some issues conceding defeat, even almost a week after the decision in Columbus was announced. Curry, who brought an even more intense level of conditioning, coupled with size and separation, posed and conducted himself like the champion, absolutely every chance he had. Both of these warriors did battle the whole way, from beginning to end; however, that battle and its outcome, is not what this article is about. Despite all the bickering and arguing between fans, William Bonac took to his Instagram, posting one of the highest resolution shots of the final moments prior to the decision, onstage, in Columbus, with a very powerful message. The photo shows just how hard both he and Curry fought, but it’s what Bonac said which is even more powerful. In a rarely seen effort, a professional bodybuilder embraced and walked the walk of an ambassador. The Conqueror addressed his fans, asking them to stand down, recognize Curry as the champion, and to stop tearing down athletes. That’s huge!! In all the years I’ve been covering bodybuilding, I’ve yet seen this type of act of good sportsmanship. This is what bodybuilding needs, it’s what’s always been needed, and as a result it will grow the sport, like nothing else.

Whenever we look back at hard-fought battles at the biggest stages in the sport (e.g. The Olympia and The Arnold), we’ve seen similar acts of goodwill and good sportsmanship on the stage, but these feelings are almost immediately gone once the athletes go backstage and especially after losses truly sink in. There’s a variety of reasons for this. For starters, when all the competitors are on stage, especially at the two biggest contests in the sport, the whole world is watching. The stakes are very high here. Not taking away from the motives behind past acts of good sportsmanship, being in the spotlight is a very unique situation. A defeated champion could take the outcome in a number of different ways. Take 2006, when after eight consecutive wins, Ronnie’s whole world came to a halting screech. There was a brief congratulatory period, but almost immediately afterwards, Coleman paced around the stage. I can’t say for sure, but during this confusing next few seconds, when it seemed the whole world wanted Cutler and no one else, The Big Nasty may have faced a somewhat traumatic experience. He wasn’t a bad sport, but he required a little bit of pacing to collect his thoughts. When Heath was defeated last year by Shawn “Flexatron” Rhoden, there was more of a concerted effort made at congratulating the new champion, but within days, there were alternate narratives being floated by the defeated champ, particularly the part where Heath insisted he was on and that there was nothing wrong with his physique.

Now let’s look at what Bonac stated on his Instagram post, Thursday, “The reason I’m doing this post is to ask my fans and supporters to respect and congratulate the new 2019 Arnold Classic champion Brandon Curry who came in at his best.” There’s a lot more to the post and I certainly encourage you to read it at William’s Instagram, but even that first line says it best. The defeated champion recognizes the winner as the winner, recognizes his efforts, and speaks directly to his fans, many days later. And when I say, “the defeated champion,” understand that Bonac took a very impressive 2nd, looked amazing, and made Curry battle, all the way to the end. That makes Bonac’s message even stronger.

I have to say, this is exactly the kind of act that grows the sport of bodybuilding. People oftentimes confuse growing the sport with soundbites, mainstream headlines, or events with huge crowds of people. What really matters is strengthening the connection between existing fans and champions. The more cohesive we are, the greater the community becomes. It’s not about impressing outsiders, it’s about boosting morale among the hardcore and letting them go out in the world and bring back new people. In most sports, you see animosity and vitriol, but this noble act and then the repost and true, public appreciation by Brandon Curry, speaks volumes. These are two great champions, two great ambassadors, and a FRIENDLY rivalry has been born.

That being said, not all rivalries have to be hostile, petty, or toxic. These guys may very well be at the beginning of a rivalry like that of Dennis “The Big Bad” Wolf and Shawn “Flexatron” Rhoden at the Arnold Classic, years ago. That wasn’t a negative rivalry, it was one that based on friendly competitiveness and it was fun. Competitiveness is what makes sports fun, but negativity isn’t a requirement. After years of the Kai and Phil rivalry, some of that spilled over to Phil vs Flexatron, but now we’re in a really good place. We have a Mr. Olympia that’s mellow, chill, and really down to Earth. Rhoden doesn’t block fans who criticize him on social media; he’s also low key and humble. As a result of this year’s Arnold, we now have two more top, top guys who are incredibly professional and competitive. The fans are truly in store for a great year and all three of these great athletes will most definitely be in the battle for the 2019 Olympia.

In conclusion, I hope that the fans listen. It’s ok arguing which physique looks better, but it’s really wrong to tear down athletes. Bonac and Curry are showing their peers, that champions in today’s sport of bodybuilding won’t be doing that, they won’t do it to each other, and if they can communicate with their fans, they’ll implore them not to do it, ether. I hope the media is listening too. We can have a great year, with tons of hype, and tons of prediction-making, without trashing on any of the pros. All in all, there’s a very positive spirit among us, and that’s a really, really good thing.