Would Jay Cutler Ever Come Back? 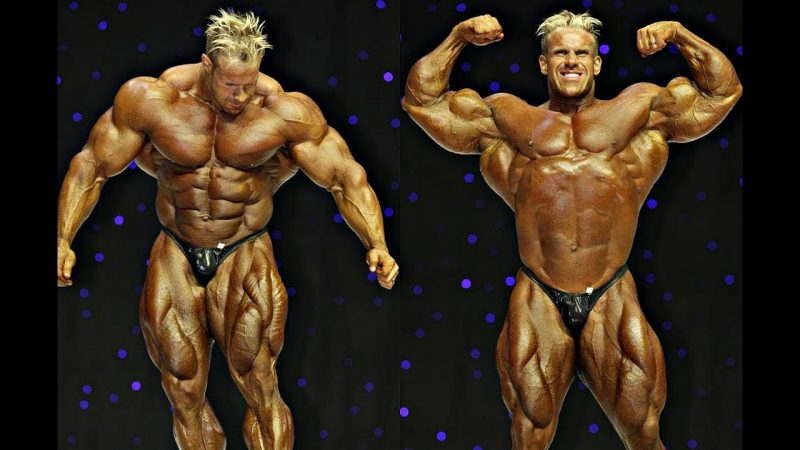 I cover a lot of contests, all throughout the country, and anyone who knows me, knows I love to talk. I can talk about a variety of topics, from history to food to sports, but I don’t love all sports the same. I live for bodybuilding. Whether it’s bodybuilding, men’s physique, figure or bikini, I live for physique-based sports.

I can talk about where the sport is today, its history, and even speculate as to what the future will bring. One of the things I like to write most about, is the pulse of the fitness industry. Many news outlets in our sport don’t actually do that. They don’t actually write about what’s hot, they oftentimes try to tell us what’s trending, tell us what we want to hear. Well, I don’t get down like that, and that’s not what Iron Magazine is all about, either.

For as much as the clickbait influencers talk, most people know Kai Greene is done. They know that Phil Heath won’t be around in 2019. Most people see Heath and Greene as ships that have sailed, at least for the time being. Others bide their time by wondering if Roelly will score an upset, if Bonac will win big, and/or if Brandon will be the next, great champion. Many remain hopeful they’ll see Shawn Rhoden back on stage soon, as well, but they just don’t know when. One name, however, that still evokes A LOT of reactions, all 100% positive, is that of 4x Mr. Olympia Jay Cutler. The people have never stopped talking about him, they have never forgotten his decorated pro career, and they know that the one man who can breathe new life and new light into the sport, is actually a veteran who’s considered by most to be fully retired. But is he?

Jay Cutler didn’t win because of genetics. In fact, some argued he was blocky, but he didn’t let anything get in his way. Even if he had been blocky at one point, he took the hand he was dealt and he made into a victory. He molded his physique into that of a champion, doing so at a time when mass was king. In 1998, Ronnie Coleman won the Olympia with great lines and superb symmetry, but by 2000, Coleman was at a crossroads. By 2003, the 1998 Coleman had well become The Big Nasty. Other giants like Markus Ruhl and Gunther were knocking at the door. It didn’t matter, though.

Cutler created such a jaw-dropping physique, that no giant was dwarfing him. In 2001, he basically won, but fell short in the posing. Nonetheless, Jay started a shadow reign in 2001, cementing his dominance by 2006. He ended Coleman’s run, held off Victor Martinez, and despite a narrow loss to Dexter Jackson in 2008, Cutler made history and reclaimed the Sandow in 2009. Phil Heath MAY want to reclaim his title, but history says, he’ll have his work cut out for him. Speaking of Heath, Cutler also held him off as well. When Jay did finally lose to Heath, he had lost a lot of the motivation that kept him going all those years battling Coleman. I think the champ was simply bored. I don’t think Phil beat Jay, I think Jay just wanted to move on.

Unlike Coleman, who tried unsuccessfully to win the title back in 2007, I think Cutler’s 2013 run, was mainly just for fun. A Top 6 in a just for fun outing at the Mr. Olympia, is pretty damn good!! But Jay was and is, a lot more, than just a guy with big titles.

People identify Jay with a real, hardcore, old school, American work ethic that for many has been lost. Jay worked very hard in everything he did and people couldn’t help but notice. Remember, this was pre social media, pre social networking. Jay stayed till the very end at expos and seminars, he was the complete opposite of a clock-watcher. He didn’t whine and he didn’t ask for a million trivial concessions so he could be with his fans. He was a star, but didn’t act like one. The fact he always put his supporters at #1 is something that contributed greatly to the unwavering loyalty he’s commanded since. Some of the biggest stars of the day, today, get little to no response in public, but whenever Jay hits an expo, he’s mobbed. Cutler’s star power in 2019 is matter of fact.

A big reason for this, is that Jay has always been with us. He may have stopped competing, but he never left the iron. He’s always looked very impressive, he’s always been at events – whether promoting his own contests and/or at booths at the biggest events – he’s never left. He’s also constantly in touch with his fans.

One of Jay’s best friends and someone who’s really helped keep him in touch with the people, through the release of cutting-edge media, has been Dave Bourlet. Dave is a legend in the fitness industry and someone who’s always been in Jay’s camp. Together they’ve inspired countless people to the fitness lifestyle.

There’s so many of us that wish Cutler would come back, but like my friend Jerry Ward has told me, on more than one occasion, Jay is very busy doing all that he does and quite frankly, competing is a very selfish endeavor. Also, why, at this stage would he want to?

I know why I’d want him to and why so many others would as well, but that’s why we’re fans. I’d love to see him claim his 5th Sandow in top form!! At his prime, either 2001, 2006, or 2009, Cutler looked insane. Any of those versions of his physique would win a Sandow in 2019, 2020, or beyond. He brought crazy size, crazy condition, and crazy love for the sport. I’m happy he’s an official Olympia ambassador, but man would I love to see him hit the stage again!! He’s young, injury-free, and could totally go all the way.

What do you think? Would you like to see Jay back on stage again?