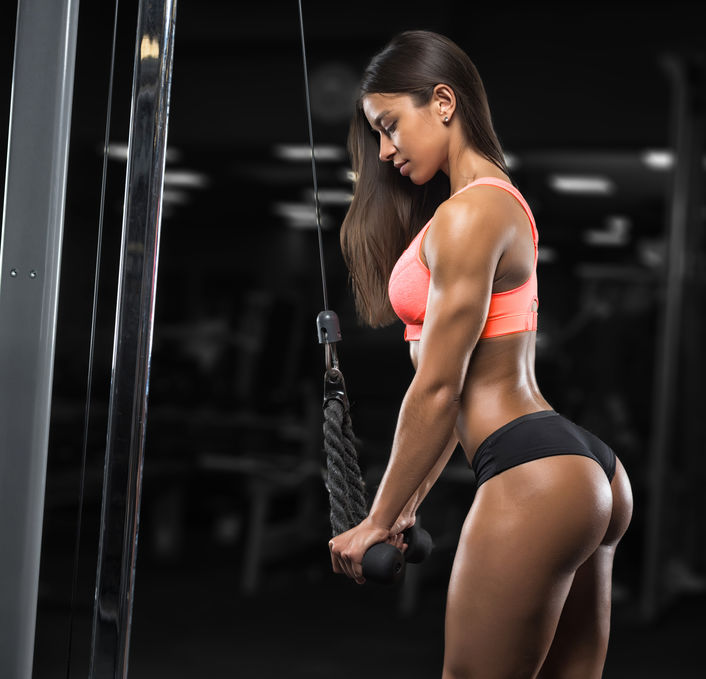 Sponsored athletes and endorsements are commonplace in our fitness and supplement industry. They can help get your brand out in front of a target audience by using an athlete’s name, face, and celebrity status. While it might make sense to use that athlete as the face of your brand, you’re ultimately playing with fire and the life of your brand could be put in jeopardy.

Never Use People as the Face of Your Brand

When brands sign athletes, they think all of their prayers have been answered. You have it made. You are able to use their celebrity status as the face of your brand and because they are associated with your brand, your sales will explode. While there IS some truth to this, it can go in the opposite direction in the blink of an eye. For this reason, I recommend that brands build their business off of products, not people.

Let’s use some examples to explain my stance on this topic. You have Cam Newton (NFL quarterback) who lost his Oikos yogurt endorsement after making sexist remarks to a female sportswriter. Ryan Lochte (Olympic swimmer) was dropped by Speedo and Ralph Lauren after making false claims that he was robbed at gunpoint during the 2016 Rio Olympics. Maria Sharapova (pro tennis player) lost endorsements from Porsche and Tag Heuer after testing positive for banned substances. Nike dropped eight-time world boxing champion, Manny Pacquiao, after he made some gay comments during an interview. Adrian Peterson (NFL running back) lost deals with Nike and Castrol motor oil after he was indicted on child abuse charges. Ray Rice (NFL player) was shown punching his fiancée in a casino elevator and was released by not only the Baltimore Ravens but he also lost his endorsements with Nike and EA Sports. And who can forget Tiger Woods? Due to the news of his extracurricular activities with various women in the bedroom (other than his wife), he was dropped by Gillette, Accenture, AT&T, GM, and Gatorade – losing an estimated $22 million.

All in all, no one is safe – regardless of who they are when athletes or celebrities make a fool of themselves. As the face of your brand, they need to hold themselves to a higher standard. Musicians, artists, actors, athletes, all of them are in the spotlight and everyone watches what they say and do.

Most recently, our very own 2018 Mr. Olympia winner, IFBB Pro Bodybuilder Shawn Rhoden, has found himself front and center of allegations that created a domino effect in the industry. David Pecker, CEO of the Mr. Olympia contest, has made a statement that Rhoden is banned from the Mr. Olympia for 2019 and all future contests until the legal process is completed. Rhoden is accused of raping a female bodybuilder in a Utah hotel room back in October 2018 (weeks after being crowned Mr. Olympia). Bail has been set at $750,000 for Rhoden and is innocent until proven guilty.

Olimp Sport Nutrition May Be Walking with a Limp

As I’ve been saying throughout this article, using athletes as the face of your brand is a terrible idea. Olimp was pretty much piggy-backing off of Shawn Rhoden. I’m not even sure if anyone would have known who they were if it wasn’t for Rhoden as their brand is “different” to say the least. That being said, as of the time this has been written, Olimp has yet to make any statement at all regarding their current and future relationship with Rhoden. However, their lack of a statement is bringing some negative press to their brand and the spotlight is now on them and what their next move will be.

Honestly, the news about Rhoden could very well be the demise of Olimp if they can’t figure out a way to turn this around. Being associated with an athlete or individual who has been accused of rape is not something you want to have weighing on your business. If they would have focused more on the quality of their products, the ingredients, the results, etc., they might not be in the current situation they are. And I’m not saying the brand isn’t good, I’m just stating they are in a very tough position right now due to how they positioned their brand.

This type of event could happen to ANY brand. It’s unfortunate. Some brands are able to recover while others aren’t. You could even look at the shoe release Nike was going to have for the 2019 4th of July where on the back of their shoe they were placing a Betsy Ross flag – that was until NFL has-been Colin Kaepernick had something to say about it, causing an uproar across our nation. Some people sided with him saying it’s poor taste to have the Betsy Ross flag on the shoe while others said Colin needs to stop trying to tear America apart by his comments and that Nike has no balls by allowing the opinion of one individual to change their business and products they release. Now they have millions of people saying they’ll never support Nike again – which could negatively affect their business.

Everyone Makes Mistakes but Some Make Lifechanging Mistakes

As a brand owner, you need to be thinking about the pros and cons of signing athletes to be the face of your brand. Is it worth taking the risks? Are you willing to have your brand name thrown in the mud if an athlete does not represent your brand well or gets in legal issues?

For that reason, you truly need to look at your long-term play. That athlete or celebrity isn’t going to be hot forever. Sure, you can ride the wave for as long as you can, but in the end, what happens when that individual leaves (for whatever reason)? Did people buy your product because of the product itself or because of the person you endorsed? With loyalty not really meaning a damn thing these days, when your athlete leaves, so could your sales. You need to think about that and how it aligns with your long-term business goals.