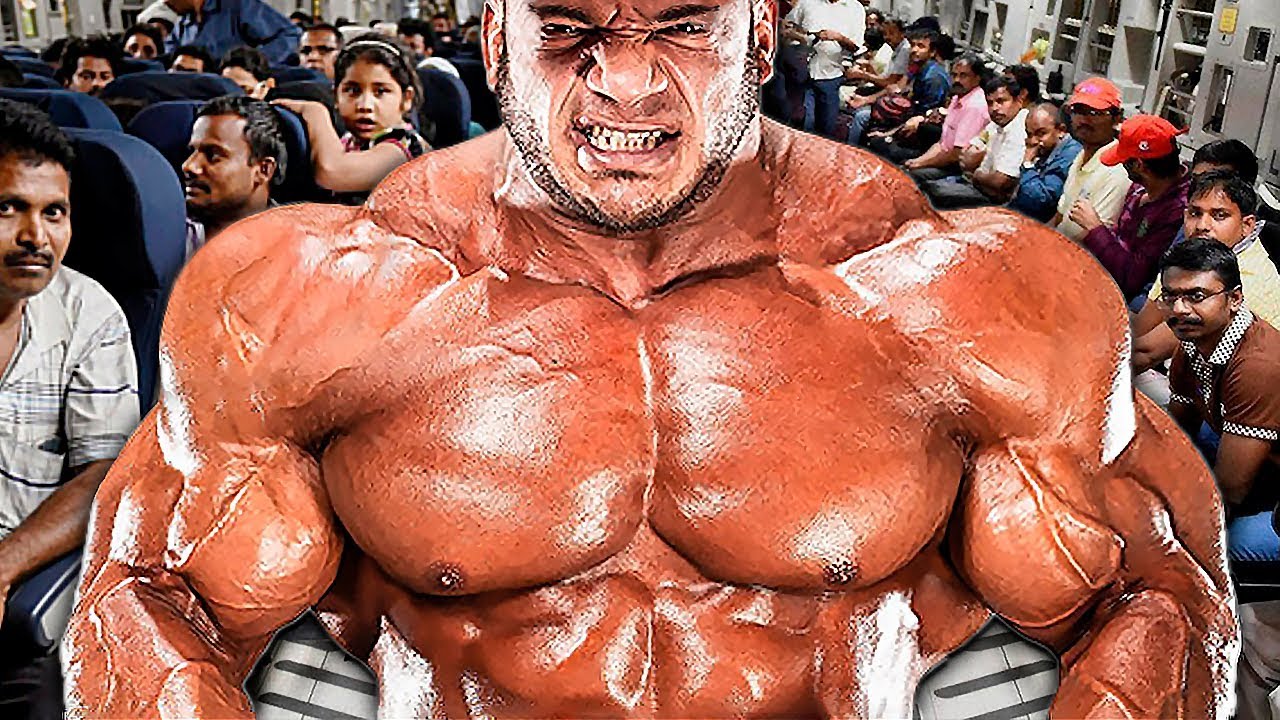 After his poor showing at the 2018 Mr. Olympia, where he placed outside the top five, Big Ramy vowed to come back better. Even going as far as apologizing to his fans on social media for his horrible performance and look. Last year, when we expected to see Big Ramy on stage, he was nowhere to be seen. Then when it was getting close to the Olympia, he mentioned he was going to compete in hopes of winning a show so he could qualify – but that never happened.

So essentially, Ramy had over a year to prepare for the 2020 Arnold Classic. While at this year’s show, he did an interview and mentioned that he had teamed up with Chad Nicolls (who was standing to his left) to help him prep for this year’s shows. But yet again, we were disappointed with all the hype leading up to the show.

Big Ramy was posting images of his physique throughout his prep and what we saw had everyone on the edge of their seats waiting to see what Ramy would look like. A few weeks out from the 2020 Arnold Classic, Ramy had the “death face” showing how depleted he was. Everyone assumed that this was the year Ramy would clean house and wipe out everyone in his way to get through to the Olympia as we’ve never seen Ramy’s face like that so far out from a show. Well, we were wrong again – at least thus far.

It’s my opinion that Big Ramy has two critical things that are hurting his placings. Below I break down both in detail.

As mentioned above, Ramy had all 2019 to prepare for the 2020 season and come into the Arnold Classic Ohio primed and ready to destroy the lineup. He walked into Columbus under 300 pounds, and then Chad decided to carb him up to put the size back on and make Ramy look full – which put him around 310 pounds. Well, that might have lost Big Ramy the show.

In my prediction article, I said Ramy was going to come in and win the show with William Bonac placing second. Little did I know that Ramy would, yet again, not hit his mark and not only allowed Bonac to earn the win, but he also let Dexter Jackson slip into second place.

Chad Nicolls has worked with some of the top names in the game – including Ronnie Coleman. What’s going on with Ramy that it seems like no coaches can get him to peak at the right time? If you look at photos of Ramy at the 2018 Mr. Olympia and the 2020 Arnold Classic, the midsection is definitely different. In 2018 Ramy had deep cuts in his abdominals and they were extremely pronounced and popping. At the 2020 Arnold, his midsection wasn’t at its best and wasn’t as detailed in any of his poses.

I’m going to say it like it is… Ramy is too damn big. I think that is part of his problem. I think the sheer size he carries around causes him to be up and down when it comes to the final days leading up to a contest and then the day/night of the show itself. I’m not naïve to think he’s also missing the mark with some of the substances he’s taking to dry out but you would think by now he’d have it figured out. He’s NEVER in condition. It reminds me a lot of Roelly Winklaar who is also always hit or miss when he shows up for shows.

Ramy needs to figure things out if he ever thinks he’s going to be Mr. Olympia because as we have seen year after year, what he brings to the stage is just never enough to put him ahead of guys like Phil Health and William Bonac.

Now, I understand I’m being hypercritical of Big Ramy. He placed third, so why would I be overly concerned? It’s because the hype surrounding Ramy has been on a level similar to Kai Greene making a comeback. It’s insane. Weeks before a show all we see and hear about is Ramy. We get all excited only to be let down by how he shows up. And this is after seeing progress pictures that quite frankly had our jaws hitting the floor.

I truly believe that many people are hopping off of the Big Ramy train and realizing that he may never be Mr. Olympia if he can’t figure out how to be consistent and on with his conditioning.

His Legs Are Overpowering

In an age where everyone jokes about people skipping leg day, Ramy is one of the few who actually should (in my opinion). The one advantage of Ramy’s legs is that they help his waist appear smaller. When you look at Big Ramy as he poses, your eyes immediately move to his quads. It’s impossible to miss them – they’re enormous. But in bodybuilding, you want everything to flow nicely, which doesn’t happen when you look at a physique like Big Ramy’s.

His quads overpower the rest of his body which, quite frankly, seems impossible being how muscular Big Ramy is. After all, he won the “Most Muscular” award at the Arnold Classic and it’s hard to say there was anyone else there who you could have debated also could have taken home the trophy and check.

If Ramy wants to have a more aesthetic physique and a much better-balanced look, he’s going to need to tone down the legs. Most people would look to simply enhance the rest of the body to catch up with their legs but I’m not so sure that would be a good idea in Ramy’s case. Ramy is already one of the, if not the, biggest bodybuilder on the stage today. Adding more mass to his upper body could further alter his prep and conditioning if he can’t dial everything in and have his muscles feathered and full come show day.

Therefore, the best option I see would be for Ramy to let his legs come down a little to better flow with his upper body.