ARE CBD DRINKS AND BEVERAGES GOING TO BE THE NEXT BIG MOVEMENT? 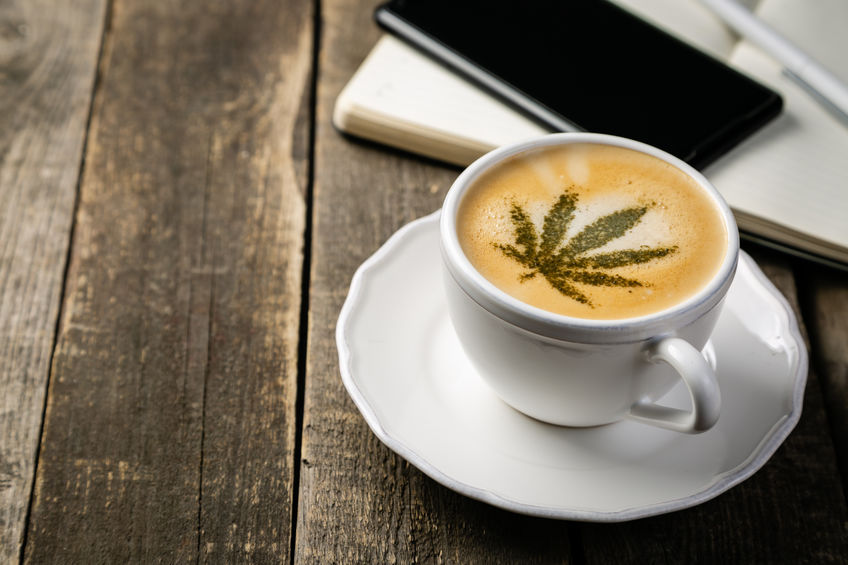 In case you have been living under a rock lately and haven’t seen the huge CBD push, I highly suggest you go hit up the Google search and get yourself up to speed. CBD has been taking many industries by storm and it’s even made its way into the supplement industry with some CBD drinks and inclusion in many other supplements.

The hot energy drink company, Bang Energy, has even launched their very own Bang Stoked with CannaBlast CBD. While this was really the first of the CBD drinks to hit the supplement industry, that doesn’t mean it’s the only beverage out there utilizing the hype and momentum of CBD.

While most people raise a glass and celebrate with a beer or some sort of liquor, would it be strange to be raising CBD drinks instead? Well, that might not be that strange seeing how the CBD industry is changing and evolving with each passing month.

There are billions of dollars being thrown around in the United States when it comes to CBD research and how it can be used and included in various non-alcoholic and alcoholic beverages. Brands like Coca-Cola, PepsiCo, and AB InBev are throwing around some serious dough. What do they have up their sleeves? I guess we will just have to wait and see. But other drink brands have already stepped up to the plate and are launching new CBD drinks.

The CBD market as a whole has shown tremendous growth and with people, both young and old buying it up, it only makes sense to start thinking outside the box of just liquid and pill forms of CBD and start moving into functional foods and beverages.

For many people, working outside on a hot summer day generally leads to popping the top of a cold one and sitting back relaxing with a brewski. Well, a UK-based craft beer brewing company took things to the next level when they created a CBD non-alcoholic IPA. I know what you’re thinking… Who would want to buy a “beer” that doesn’t contain the alcohol content? And you may very well be correct. However, with the movement of CBD, Green Times Brewing has been able to create a beverage that tastes like an IPA, only without the alcohol and including CBD. Interesting, no? But don’t worry, they do have some with alcohol as well.

At the time of writing this, Green Times Brewing has launched a CBD Juicy Pale Ale (4.7%), a CBD Session IPA (4.3%), and the CBD non-alcoholic IPA (0.5%). Will this idea of CBD beer and other CBD drinks transition into the US even further? It can and it will.

Molson Coors is actually on the move and looking into their very own line of CBD drinks. They partnered with HEXO, a consumer packaged goods company that is deep in the cannabis market, to bring a new line of non-alcoholic beverages with the inclusion of CBD. It’s kind of odd to think of a beer company launching non-alcoholic varieties but the inclusion of CBD will probably move it off the shelves wherever it lands.

According to Molson Coors, they have decided to test the waters of their first CBD drinks in Colorado due to the state’s open arms policy regarding the use of CBD along with marijuana. This joint venture between the two companies will be called “Truss CBD USA” and Molson Coors will be the majority owner of the brand.

How Else Could CBD Be Used Innovatively and Be Implemented?

I think the beer and non-alcoholic markets are going to get the best play from pushing CBD drinks. Most people drink to relax, unwind, or unfortunately, drink away their sorrows. And let’s face it, more people buy beer and alcohol in American compared to supplements. Put CBD drinks in their hands and not only will they be able to better relax, but it can come with a list of potential health benefits as well (a win-win).

Another area I see this being a huge success is in the sleep aid market as well as stress reduction. You have brands like Som Sleep as well as Neuro Beverage which sell a Sleep and Bliss product that respectively helps you fall asleep and feel more relaxed.

According to the American Institute of Stress, 77% of people say they experience and are affected by stress. This not only affects their physical health but also their mental health. Consumer Reports has shown that 68% of Americans have trouble sleeping at night. These are serious concerns. Stress and lack of sleep can do a lot of damage to a person in a very short period of time if it is not controlled.

If there were some solutions and ways to help (such as with the use of CBD drinks), why wouldn’t we want to explore these opportunities and see how people react and the results (or lack thereof) from their implementation?

Personally, I think we have only seen the tip of the iceberg in terms of what CBD can be used for and included in. Assuming big pharma doesn’t swoop in and try to have everything under their control, big brands can toss around some big stacks of cash to innovate their line through the use of CBD and CBD drinks.

I have personally tried the Bang Stoked CBD drinks and I can tell you that I didn’t feel any different from them. I’m not saying they are bunk, but that’s just my experience. I do feel, however, that there needs to be a watchful eye overseeing this ingredient. It’s hard for me to think that everyone creating CBD drinks and various other products are doing it in a legit manner. I’d like to think everyone in business is honest, but we all know that is not the case.

The next few years are going to be extremely interesting when it comes to CBD making its way into various markets. I believe in the research behind CBD and look forward to seeing all of the functional foods and beverages that will make their way to the market.