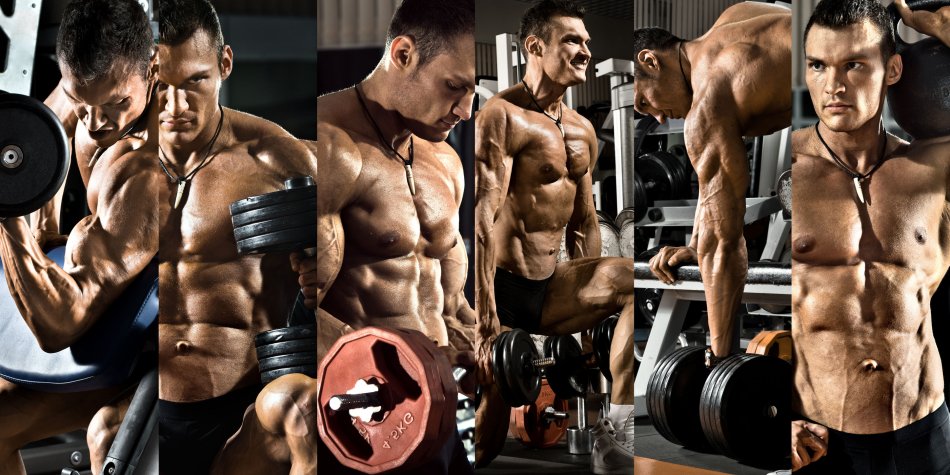 There’s still a lot of top athletes, however, who are all about maximizing their Instagram and Only Fans, but they’re not seeing the bigger picture, which now includes Tiktok. Social media is constantly changing. Anyways, social media marketing is a discussion for another article, but today’s topic deals with the interactions had, on any platform, between athletes and fans – particularly trolls.

Are trolls fans? That’s debatable. I’d make the point that haters can be among the most hardcore of diehard fans. Haters are usually highly familiarized, not to call them downright stalkers, with their victims. They know about all their appearances, sponsorships, and titles – they’re haters! It’s their job to know what’s going on, because unlike productive people who have lives, their lives are, essentially, fixated on the person or group they despise. Anyways, that’s enough about those losers (lol), the real question is, why shouldn’t bodybuilding’s best tussle with them? There’s many different approaches, from blocking and reporting them, to arguing with them, and then of course to totally ignoring them. In today’s article, we’ll discuss a few approaches and even speak to outcomes in certain well known cases.

One of the most important ways to grow an audience, is simply to be aware of it. People who follow their biggest stars, want to know that these accounts are alive, that new content is being released, and that some comments are either liked and/or responded to. The larger the audience, the lower the expectations will be, because there’s only so many people who the star can interact with. That being said, the quality of the interaction then becomes the main issue. For example, if a pro bodybuilder had a following of 150,000 and they liked say 100-250 comments, replied to say 10-25 comments, and maybe reposted 1-5 fan stories per day, that would be pretty solid. That would be an active, invested pro, and that whole process shouldn’t take but 20-30 minutes per day, especially if done sporadically (e.g. a few in the morning, a few in the afternoon, and a few in the evening). Now, those 10-25 reply comments should be to people who are doing big things, inspiring others, maybe transforming their physiques or lifelong fans, right? But imagine if the majority of those 10-25 replies are focused on trolls. A troll, hater, loser, whatever you want to call them, only wants attention. You can seldom, if ever, appease them. If you think otherwise, you’ve fallen into their trap. And some haters don’t even hate for a rational purpose. The star may not have said or done anything to even inspire anger or resentment. Haters, oftentimes, simply troll people because they have miserable existences and it brings them joy to annoy others.

That’s right, trolls aren’t just looking to annoy the star, they want to annoy as many as possible. This is a big reason why pros should avoid any and all interactions with negative people. That being said, a few trolls here and there can create buzz, so blocking them en masse, may not be the answer, either. Some really skilled social media influencers may even point them out during an IG Live and belittle them. Some may consider that bullying, but if done in moderation and tastefully, it can “feed the troll,” create entertainment, and everyone’s happy. Again, trolls just want attention – they’ll take it however they can get it. The last thing an influencer wants to do, however, is get angry. Look at how Luimarco played Phil Heath. One of the first things The Gift did upon winning a Sandow, was belittle a Youtuber. That same Youtuber, today, is a nobody. He even tried to stage a comeback after a hiatus and failed miserably. Champions are special, but trolls come and go.

I hate to pick on Phil, but while he was the first Mr. Olympia whose reign was entirely in social media, he served as the perfect example of what not to do. Unlike other champions, who maybe would debate a point, he ended any possible interaction by blocking people left and right. Blocking a person is about as extreme as you can get and once you do it once, then twice, it can become a compulsion. In Heath’s case, he blocked everyone. Anyone who didn’t believe he was the greatest, got hit with it. That’s insane!! He lumped journalists, real fans, and trolls, all in the same category. Also, once he blocked someone, he rarely, if ever unblocked them in the future. You can’t have an ambassador like that to the world; you can’t have a champion with skin that thin. In many ways, the champions after him, learned from his mistakes.

When you’re a public figure you have to be ready to take, at least, some abuse. Instagram LIVE Chats are the way of the future. Now, more than ever, with stay at home orders, social distancing, and public places like bars, restaurants, and theaters closed, more and more people are at home than ever before. Gyms are closed and contests are pretty much non-existent. When Mr. Olympia Brandon Curry started focusing on IG Live’s, everyone else followed the leader.

For as great as the format is, it’s totally raw and uncensored. There’s no real way for influencers to stop trolls from getting into their Live chats. Some of the worst haters will even request to follow a private IG account. Once accepted, they’ll either go dormant or play nice for an extended period of time. Once they’ve built a good enough cover, they might start to gradually become negative – or – they might just have one instance when they go all out. To understand how the mind of a troll works, is next to impossible, but they live to become utter nuisances. Even on the recent, historic IG Live with Mr. Olypmpias Brandon Curry and Lee Haney, there were a small handful of them. Neither champion acknowledged them whatsoever; these two great legends were happy to be with one another, they talked about bodybuilding, and they inspired great hope in the audience. And guess what, after just a few minutes, the trolls gave up. I don’t know if they left or if they changed their mindset, but we never heard from them again, and they weren’t berated or blocked.

Censorship isn’t the answer. Many believe it’s censorship that killed off many of the really good message boards. When Admins and Mods outnumber regulars, who’s going to want to put up a thread or post replies, if they can arbitrarily have their content erased, their privileges restricted, and/or find their accounts suspended? I was banned not once, not twice, but three separate times from the RxMuscle boards, by Curt James, Mac, and the other keyboard bigwigs. Today, those same boards are dead as a doornail. In fact, the people that are there, may very well be 2-3 people with 9-10 accounts. Who knows, who cares? Once censorship becomes the order of the day, no one (not trolls or real fans) want to be a part of that. There’s still a few good boards left. Muscular Development is king, with IML, Iron Magazine and GetBig, to name a few other good ones. Way back when, though, message boards were everywhere.

So while blocking is out and censorship isn’t much better, one cool outcome is when trolls are allowed to heckle, but the good fans outnumber them. One thing an influencer can do and should do, is reward their loyal fans who take the haters to task. That’s a great way of rewarding loyal fans and at the same time denying the troll the attention they so desperately desire.

As social media becomes more and more prevalent, with Tiktok now emerging as a parallel force to Instagram, we see a lot of the same features there as well. Users can post photos and videos, there’s the option to have Live Chats, and there’s also direct messaging. Much like Instagram, it’s not just bodybuilding; you have all the major stars there, from the silver screen to pro sports to everyone from the social elites. The more active fitness celebs are on mainstream social media platforms, the greater chances there are that their careers will grow, as well as the sport of bodybuilding.

Time is limited – for both the influencer and the users. Influencers shouldn’t oversaturate any platform with content. It’s about quality, not quantity. Users who discover an influencer’s page, are also unlikely to look at several posts. They may look at one, two, maybe three. If they don’t feel a strong connection, they’re just going to move on. People are becoming far more selective over who they follow, so influencers have to really work their social media, if they intend to be successful. Time is a huge concern; it should be used wisely.

Influencers need to keep it interesting, consistent, and positive. How they treat haters and trolls is key. I’d like to say it’s just common sense or just take it easy, but I can’t. Social media is where everyone’s at, but not everyone is meant to be a star. If this is what you want, whether you’re an everyday person or a bodybuilding superstar, you have to put in work and you have to know how to deal with all sorts of people.