BOSTON PRO TRYING TO ENTICE VENDORS TO COME FOR FREE 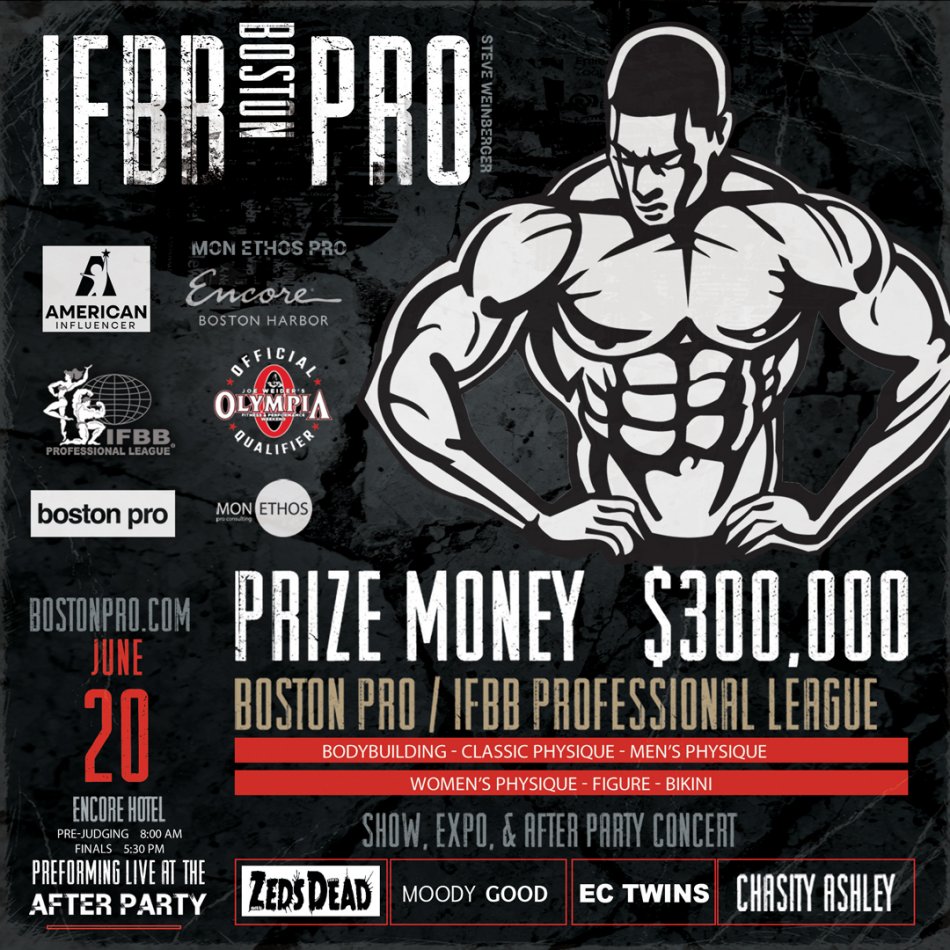 I was messaging back and forth with my good friend and fellow content writer, Kevin Gretch and he shared some interesting information with me that made me laugh. As of the time of writing this article, the Arnold Classic has yet to make an announcement as to if refunds will be made to those who purchased booths for the event. Sure, the vendors were offered a 5% discount on their union services from the Arnold Classic promoters, but in the end, that’s nothing. Well, it appears the Boston Pro is trying to entice the Arnold Classic vendors to “come on down” (cue the Price Is Right music) and set up shop FOR FREE at their event on June 20, 2020.

The news hit on March 5, 2020, when David Whitaker announced that he wanted to help out the vendors by providing a free booth at the Boston Pro due to the inconvenience they experienced at the Arnold Classic with the fiasco that took place between the organizers and the state over the Coronavirus concern.

Thanks, But No Thanks?

Here’s the bottom line, I gotta hand it to David Whitaker for even thinking about providing free booths at the Boston Pro event. I mean, after all, that’s going to take money out of his pocket.

Will some people jump on the opportunity to have a free booth space at the show and go there to sample products, shake hands, answer questions, show face, and maybe even sell some products? I’m sure. Especially the smaller companies who could really capitalize on free booth space at the Boston Pro. Boston is a great city so I can see it attracting some brands to make the trek out there and support David’s show.

The event (according to the press release) will have “24 paid sponsorships, $300,000 in prize money, and six guaranteed spots to compete at the Olympia competition in September.” Overall, David is being extremely generous, and I hope people will support him and take him up on his offer. However, that still doesn’t fix the bullet hole left by the Arnold Classic promoters who so far haven’t even put a Band-Aid on the open wound that was left.

Let’s use an example to illustrate all of this. We’ll just say a brand purchased a large booth space and the booth alone ran them $100,000. No offense, but a free booth at a Boston Pro show that no one ever even heard about is hardly a comparable swap. Not only that, but the Boston Pro has nothing to do with the Arnold Classic, so David is almost giving the Arnold Classic promoters a free pass on the whole controversy.

In my opinion, I’m sure many brands will say thank you to David for the offer of a free booth at the Boston Pro but at the end of the day, these brands/vendors are going to still be looking at the Arnold Classic promoters for a full refund.

If you were to compare the price of what a booth would cost at the Arnold Classic versus the Boston Pro, it’s like trying to rent a room at the Palms Empathy Suite in Las Vegas versus a room at the Best Western Plus hotel down the street. One will cost you $100,000 a night and the other is well under $100 a night. There’s no comparison between what you get from both. The Best Western is, well, boring as hell while the Palms Empathy Suite provides you with baller-status of a 9,000-square-foot suite that is two stories which overlooks the Vegas Strip. Do you get the point?

How Would I Fix This Mess?

To be honest, no one knows how long this Coronavirus is going to hang around. The fact that events and even the Olympics are being affected so far out in 2020 is a good sign that people are not interested in chancing things and don’t want to inconvenience everyone involved (fans, athletes, etc.) by waiting until the last minute. So, why did things wait until the last minute with the Arnold Classic? Your guess is as good as mine.

The simple fix here would be to either completely refund all of the vendors for the booth space (freight, union services, etc. should all be the responsibility of the vendor) or tell them that 2021 is already paid for with the money they invested for 2020.

Will this prevent future backlash regarding the Arnold Classic? Absolutely not. I feel as if the Arnold Classic may never be the same. Spectators lost a ton of money by losing out on flights, hotels, rental cars, and tickets to the events. The back and forth between the Arnold Classic promoters and the Mayor and Governor of Ohio was nothing short of a clusterf*ck (and that’s as polite as I can put it). The 2020 Arnold Classic will go down in history as the biggest failure ever due to the lack of communication between all parties. This whole thing could have been figured out a month in advance rather than three days before the Arnold Classic was to start. It’s not like the Coronavirus popped up the first week of March.

So, while I tip my hat to David for the offer of a free booth at the Boston Pro, I’m not so sure that many people will take him up on the offer, unfortunately. I hope everything with the Arnold Classic gets figured out sooner rather than later and that there is some sort of refund or deal made that helps out all parties involved. Having vendors eat the cost of a booth space they were robbed out of is extremely unfair and will absolutely make brands think twice about getting a booth in the years to come. And being that the Arnold Classic Expo is considered the largest in the world, the thought of people not going anymore is extremely worrisome and sad.