DON’T JUDGE A BOOK BY ITS COVER: MY GREGG VALENTINO STORY 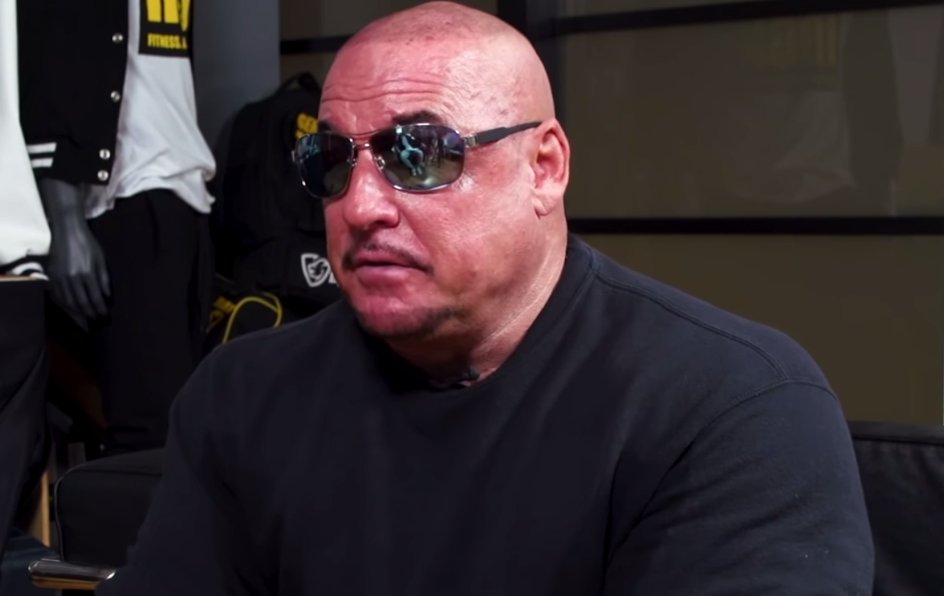 A man who is either loved or hated in the industry is none other than Gregg Valentino. Some of you probably know him from his “Ramblin’ Freak” days when he had his column in Muscular Development Magazine. I looked forward to reading Gregg’s column every issue. It was next to impossible to not laugh at some of the stories he told and the things he would say.

Some consider Gregg reckless and bad for the industry while others think he brings great entertainment to what’s (quite frankly) a boring and taboo industry. Yet, one thing is for certain and that is Gregg is Gregg and there’s not a single person out there who can change him. Gregg Valentino will say what’s on his mind and he doesn’t care who’s around or who he’s saying it to. In my eyes, Gregg is an icon in the industry, even after being involved in some things he’s not so proud of.

Gregg has had some incredible highs and some incredible lows. He often brings up the time he went to jail. While everyone else in prison was blaming someone else for their problems, Gregg Valentino stood there like a man and knew what he did wrong – and did his time. He took responsibility for all his wrongdoings.

Then we had the documentary of “The Man Whose Arms Exploded” that showed images of Gregg with a needle sticking out of his arm where he was pulling blood and puss out of his biceps. I’m not going to lie, that was pretty intense to watch. And it didn’t matter if you were in the fitness industry or not, news outlets from all over the nation ran with the story and painted Gregg as this reckless steroid user and abuser.

These days, Gregg (while still Gregg), has calmed down a little bit. He’s still as ornery as ever about certain topics, but many of the videos on his YouTube channel are upbeat and motivational. It seems like he really wants to help people be the best version of themselves which is commendable. People have been enjoying his content when out of the blue he released some news that shocked us all.

Unfortunately, Gregg Valentino (who is currently 59 years old) recently found out that he has cancer. There was a mass growing in his throat that in a very short period grew to the point where he had issues swallowing and even breathing. He went under the knife to get it removed and while he was confident it wasn’t anything major, it indeed came back as a cancerous mass.

Surgeons then went back and took another look, finding more cancer in his throat and lymph nodes. Gregg immediately scheduled his surgery for the middle of March but promises that his content on all the platforms he’s involved with will continue up until the day of his surgery and then vowed to be back as soon as he gets back out of the hospital.

Here’s the bottom line… We all know someone who, unfortunately, has cancer. And while Gregg Valentino is in good spirits, I want to lighten the mood with a story of how Gregg and I became friends. I’m sure he’ll get a kick out of this if he reads it.

Ok, so I’m actually laughing after writing that heading because it’s 100% the truth. Here’s the backstory on how all of this took place.

I wrote an article about steroids in the industry a couple of years back and the owner of the website who published the article used an image of Gregg holding a photoshopped image of steroids in one hand and a needle in the other that he found online.

The day it was published I received a DM on Facebook Messenger from a guy whose profile picture was Gregg Valentino but the name on the account was not “Gregg Valentino.” Not knowing what was going on, I clicked on the message to read what was sent. In the DM (and in typical Gregg Valentino fashion) was a message written in ALL CAPS. In a nutshell and to keep out the profanity, let’s just say this individual called me everything under the sun. I’m talking a paragraph of this person ripping into me for a picture that “I used of him” (which I had no involvement with).

At this point, I was totally confused. Why was someone using Gregg’s picture on their Facebook profile and who was this guy impersonating Gregg Valentino? And why the heck was he so angry?

I reached out to a few of my friends in the industry and asked them if they knew who this individual was (I provided the alias name) and they laughed and said that the account is actually Gregg Valentino but he uses the alias as his personal account for friends and family to interact with him. I felt my entire body sink into my chair. This was the real Gregg Valentino bitching me out.

Being that I have no control over the images websites use for their banner or header image, I explained to Gregg that I had nothing to do with the image and that he would need to speak with the owner of the website if he wanted it removed and that I would also reach out to the owner and explain the situation. And for the record, the article wasn’t even about him nor did it include his name anywhere. What happened next, I’ll never forget.

Gregg flipped a switch, apologized for what he said to me, and started interacting with me as if we were longtime friends. Being that I’ve followed Gregg for so long I was somewhat fanboying. I have so much respect for the man. And it was from that interaction that started with Gregg calling me every name under the sun, that we became friends. To this day, we message back and forth every now and then – sending funny videos and memes as well as checking up on one another.

For those who don’t know Gregg Valentino, he’s nothing what his exterior portrays. Gregg can look intimidating. But he’s actually an incredibly kind and intelligent individual. And before we sign off from our conversations, he always asks about my family and wishes us all the best. Gregg Valentino is the epitome of “don’t judge a book by its cover.”

I know Gregg has been joking about jumping on a bodybuilding stage soon. He has been heckled by Dave Palumbo about it for a little while. I, for one, am totally behind him and think it’s a great idea. I hope that once he fully recovers from surgery that we get to see the Ramblin’ Freak on a bodybuilding stage. But first, I wish him the best of luck with his upcoming surgery and hope he has a speedy recovery. The bodybuilding industry is behind you, Gregg. Well wishes, ya momo!