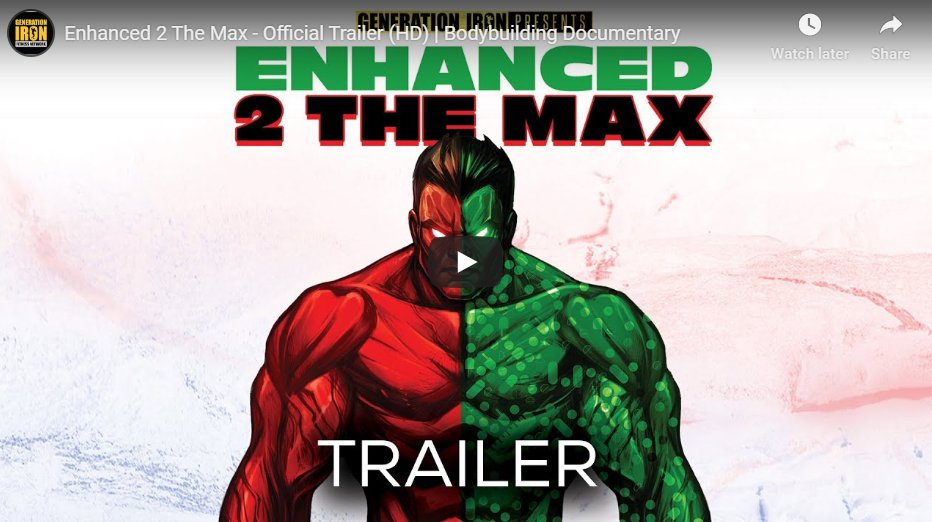 Many dismiss Tony Huge as a mad scientist. Now he tries to prove them wrong.

The official trailer for Enhanced 2 The Max has been revealed – releasing on January 31, 2020 on all major digital platforms. The film is also now available to pre-order right here. The film is a sequel documentary to last year’s Enhanced, which dove into the mind of Tony Huge, a man who believes steroids and PEDs are the next step in human evolution.