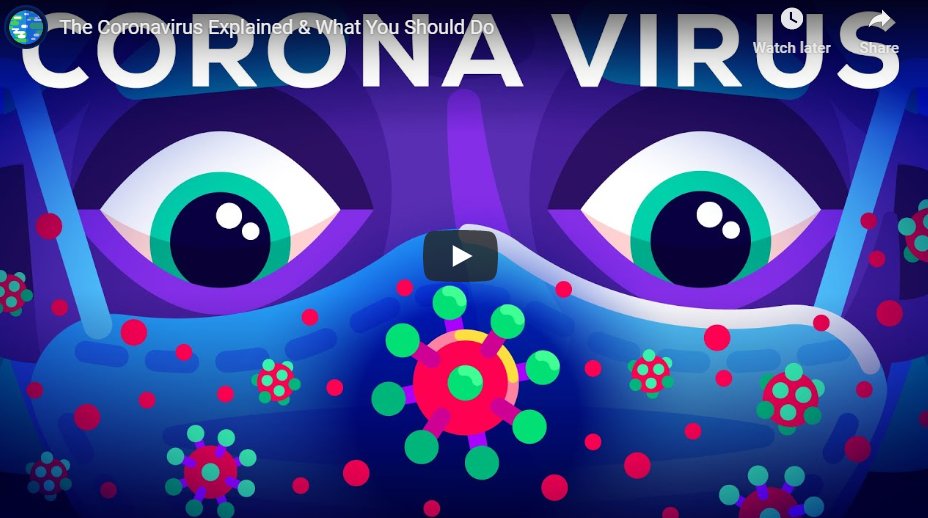 It seems the Coronavirus has had a severe impact, not only on our normal way of life, but in some of the basic elements therein. For example, all gyms where I live, closed effective Wednesday at 5PM. They didn’t close for the day – they closed indefinitely. Where will gym goers go to train? How will gym owners earn a profit to stay in business? Will their bills be suspended while this pandemic gets addressed? These are all fine questions and valid concerns, and the government really doesn’t have any concrete answers.

Local governments are scrambling, state governments are trying to keep their counties as uniform as possible, and the federal government is largely clueless. That’s not a dig at our current president, our past president, or any other individual chief executive. The reality is, America was simply not ready for this – no one was. Supermarkets got totally ransacked before the idea of rationing out things like hand sanitizer, milk, bread and even toilet paper became an issue. We’ve never had to deal with these issues. The closest thing we’ve experienced to this, as a nation, was the Great Depression, but then it wasn’t that there was a scarcity of goods, there was a scarcity of money to buy them with. Sure, we’ve had natural disasters and devastation, but this usually hits a locality or region, we’ve never experienced anything nationwide, certainly nothing like this.

Restaurants where I live can only accept take-out/carry-out orders and/or do delivery. No one has been able to dine-in, at least where I live, for quite some time. Many bars and restaurants have had to let go of their waitstaff because there’s simply not enough business to keep them on the payroll. Many wait staff only make $2-3hr anyways. Their income comes from tips and if there’s no patrons to be seated, how will they earn a living?

Most bodybuilders don’t really rely so much on restaurants, but even meal prep businesses are closing up during these difficult times. The larger operations are carrying on, but the smaller, mom & pop types, have expressed difficulty in obtaining all the necessary ingredients to make the meals they offer.

Supermarkets are cutting their hours in many states, with cashiers being forced into the front lines of having to enforce limits on goods. Imagine some poor high school kid telling someone their parents’ age, who’s angry, frustrated, and desperate, that they can only have 5 or less items that their families are depending on. People are no longer buying what they need for today or even this week, they’re buying for the long haul. A great many people are exhibiting some pretty extreme hoarding-type behaviors, but can you blame them though?

Take hand sanitizer, rubbing alcohol, or hydrogen peroxide. The shelves are empty. You ask an employee when the next truck is coming and they tell you to ask the manager. You ask the manager and he/she has no clue, because the overwhelming demand has not only interrupted the distribution chain, but there’s no supplies to move. It’s utter chaos. Theoretically speaking, capitalism is all about supply and demand, but what happens when there’s huge demand and no supply? As opposed to planned economies, trying to create government controls now and expecting the private sector to do the same – in an overnight situation – is stupid.

The one good thing that both the government and the private sector have been able to champion, is the fight against price gouging. Sites like Amazon and Ebay have cracked down, shutting down accounts, and having a zero tolerance in effect. For only a question of hours, possibly days, there were some degenerates that were exploiting the misery and selling hand sanitizer products for as much as $100 for what would typically cost $1-3 per unit. I saw plenty of that in South Florida after the devastation of Hurricane Andrew and I’m glad I’ve seen very little of it during the Coronavirus situation.

With gyms closed, many physique-based athletes will have to train at home, maybe use gallon bottles of water and/or go back to basics with push-ups, sit-ups, and pull-ups. People can’t even train together, maybe using each other’s bodyweight, because there’s a 6ft rule that government officials are pushing. And much like my initial article on the Coronavirus for Iron Magazine (which seems like an eternity ago), the incubation period for this virus can be up to 2 weeks, so even with all the germ-killing products, the social distancing, the move away from gatherings of over 10 people, some of us may already be walking around with this virus and not know it.

Can America do what China did? China is where the outbreak started, they had upwards of 40,000 cases, and they have a population that’s about 4x that of ours. Their country is also slightly larger than ours. They not only have controlled the virus, but they kicked its ass. If China could do it, we can too, right? Well China is also a communist country and when its government says jump, the only question from the private sector and the people is, how high? Can the same be said for America? Give me a break!! That’s usually not a bad thing at all. It’s great we have so many rights and personal freedoms; however, that’s what separates our experience from that of China.

In summation, I really wanted to write an article about gyms, protein shortages at the supermarket, and a lack of places to get a good caesar salad, but we have slightly bigger issues at hand. I still included some of the concerns for fitness-minded people, but ultimately, and as cliche as it sounds, we’re ALL in this together.