IS THE NEW COKE ENERGY DRINK A WORTHY OPPONENT IN THE MARKET? 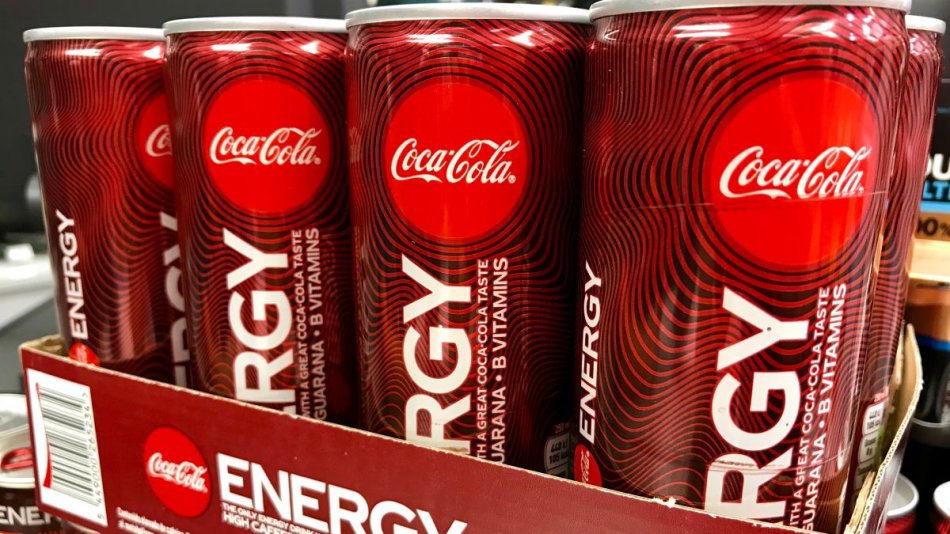 With all of the new energy drinks coming out, it was only a matter of time before Coke decided to come out with their own. I actually wrote an article on this topic last year scratching my head as to why they would want to compete against themselves. The interesting thing is that Coca-Cola also owns Monster Energy who not only has their own line of energy drinks, but also the new Reign line. So, the question becomes, “Is the new Coke Energy Drink going to make a splash or fail and go down the drain?”

Since I want to make this article as comparable as possible to what’s currently being purchased on the market, I want to specifically look at the Coke Energy Drink that contains zero sugar. Looking at other brands on the market, most of them are going the route of zero carb, zero sugar, and zero calories – which I’m a fan of when I’m reaching for an energy drink to give me a little needed boost.

Every once in a while, I’ll drink a Coke Zero. So, when I heard Coca-Cola was coming out with a Coke Energy Drink that was zero sugar (like the actual soda) I was intrigued. Needless to say, I found them at a gas station and purchased a few to give them a try (you’d already know this if you follow me on social media – you are following me on social media, right?). The deal they had going on was 2 for $4.50. I’m not gonna lie, $2.25 per can is insane. For that reason, I wouldn’t even recommend buying them based on the profile of the Coke Energy Drink.

Now that I’ve just told you I didn’t think too highly of the profile and wouldn’t waste your money, let’s discuss why I made such a bold statement.

Each 12oz can of the new Coke Energy Drink (again, we are looking at the zero-sugar variety) has 114mg of caffeine. As a source of reference, a regular can of Coke contains 34mg of caffeine and the diet version contains 46mg. If you aren’t used to drinking energy drinks and stick with your normal cup of coffee, this may entice you as it’s not over the top heavy on stimulants. If you fall into that category, you may very well love the Coke Energy Drink. But being that you are reading this article on a website that deals with fitness and supplements, I’m going to assume you’re familiar with taking products high in stimulants.

Well, 114mg for a 12oz can is really nothing for most of us. We could slam two of these, pay nearly $5 and not feel much of anything. The profile also includes guarana and B-vitamins but at the end of the day, you’re getting a golfer’s clap from me. What I can only imagine is that Coca-Cola didn’t want to fully compete with the other energy drink brands that fall under their umbrella and therefore created a 2.0 version of their already hot-selling Coke products to get in the energy drink with their own branded product (fair enough).

If you are interested in giving the Coke Energy Drink a shot, I would highly recommend you shop around. As mentioned, I paid $4.50 for 2 and that was on sale. However, it seems like you may be able to get the Coke Energy Drink at Walmart for around $1.88 per can and at Target for around $2.69 per can. From that you can tell, the pricing is all over the place depending on where you go. If you want it cold and ready to drink you’d need to hit up a gas station. But if you wanted to buy some for at home, several stores around you should be selling them (including most grocery stores).

The new Coke Energy Drink is available in two flavors (regular Coke flavor and Cherry Coke). Each one of those flavors is available in either a version with or without sugar.

How Does the Coke Energy Drink Taste?

I liked them so much that if they would lower the price, I’d probably include them in my daily rotation of drinks to switch things up – and that’s even with the lower caffeine content when compared to the energy drinks I’m used to consuming.

I will say this, if you are used to drinking Coke, Diet Coke, or Coke Zero Sugar (formally Coke Zero), I didn’t think the Coke Energy Drink was similar in comparison when it came to taste. It was uniquely different but not in a bad way.

What Are My Final Thoughts?

Pricing, in my opinion, is going to be an issue for Coca-Cola and their new Coke Energy Drink. Personally, I can’t justify spending $2.25 on a can of the Coke Energy Drink with 114mg of caffeine when I can purchase a Bang, Reign, or Monster Ultra Zero for the same or even less money with upwards of more than double the caffeine content.

Sure, it’s the drinking experience. But in all honesty, all of the competitors that I just mentioned have amazing flavors and are less expensive. Not only do you get more “bang” for your buck, but you also get more total volume of liquid (remember, the Coke Energy Drink is only 12oz), more useful ingredients, and higher dosages of the ingredients. To me, there’s no comparison for the value. The Coke Energy Drink falls to the back of the pack in just about every category I would throw it into.

Would I prefer the Coke Energy Drink over the soda version? Absolutely. But again, at that price point, it doesn’t make much sense. Would I recommend the Coke Energy Drink? Sure, I’d say give it a try so you can see for yourself what all the hype is about. But I have a feeling for most, it will be a once and done after the initial trial.