IS WILLIAM BONAC PROVING TO THE INDUSTRY THAT GURUS ARE WORTHLESS? 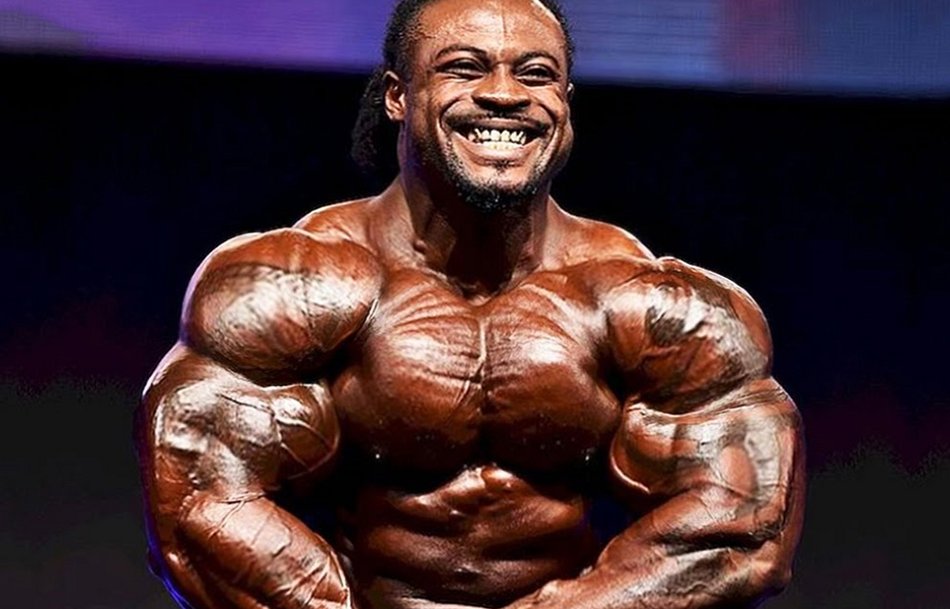 If you’ve been following William Bonac, you would have seen the video (or at least heard) of the beef between him and his former coach Neil “Yoda” Hill. He made it apparent in his 2019 video that he doesn’t think all too highly of Neil. In the video, he mentions that he fired Neil Hill and he was sick of giving him his hard-earned money for what he alleged was for nothing. With the success that Bonac has had, it may open the dialogue as to if industry gurus are even worth working with.

There’s no denying the fact that William Bonac is a fantastic bodybuilder. When it comes to consistency, I would put him next to Dexter Jackson. When Bonac steps on the stage, you know he’s going to be big and conditioned and it shows with all of his wins and placings. Could it lead to Bonac winning the Olympia one day? That is yet to be seen but with each passing year, I feel he is getting closer and closer.

Bonac has clearly been putting in the work to improve his already solid physique and seems to be fine-tuning things. In terms of mass, I feel like William Bonac may be tapped out. For his size, Bonac could be one of the best bodybuilders out there pound for pound. So, does he really need to hire one of the industry gurus to continuing seeing success? I’m not so sure and here’s why.

Are Industry Gurus Worth It?

Ok, it’s time for me to get a ton of hate for this but I’d rather be open and honest with you than walk beside all of the sheep. Do I think industry gurus have their place? Absolutely. Do I think they are everything they are made out to be? Absolutely NOT. I can almost hear my DM and inbox dinging as I write this.

Do I think that Neil Hill (I’m only using him as an example since he worked with William Bonac – this isn’t a direct shot or article solely about him) made Bonac who he is? No. Bonac had a great physique before working with Neil and while I think Neil definitely played a role in his progress, I wouldn’t say all of Bonac’s wins and success are due to Neil and his methods.

I can’t speak for all industry gurus, but most take a hefty percentage of a competitor’s earnings if not charge a pretty lofty figure to work with many of the pros out there today. Are they worth the money they get? I guess that depends on who you ask. Personally, I’m on the fence. Are they a great set of eyes and able to make tweaks with competitors who may not really know or understand their body and how it will react to different training and nutritional strategies? Definitely. But for those who seem to know their body pretty well (such as William Bonac), it’s clear they can get away with not working with a coach or industry gurus.

I don’t want to dismiss the hard work that many bodybuilders put into building their physique but let’s call it like it is, they’re not natural. There I said it. Arnold used it back in the day along with many of the bodybuilders of his era, and competitors to this day still use performance-enhancing drugs – yes, even the bikini competitors. WOW, I’m apparently calling everyone out in this article (I can hardly wait for all the emails to come rolling in).

The performance-enhancing drugs of today are much more sophisticated than those back in Arnold’s prime, but they all aid in building the amazing physiques we see on the stage today. As we have evolved in the sport of bodybuilding, so have the drugs. This is both good and bad. The good is that competitors have the means to take their physiques past where they can take them naturally. The bad is that some competitors abuse these substances and they could have a negative effect on their health.

Many industry gurus are extremely well-versed on these substances and for some, it’s that factor alone that can help competitors seem to completely transform their physique during the off-season and then through the use of different substances, come into a show harder and leaner than previous years.

Is this a cop-out and mean that competitors can get away with becoming lackadaisical with their training or nutrition? No, not even close. However, many of these substances do allow them to more easily add lean muscle tissue, recover faster between training sessions, diet without losing that muscle tissue, and dry out to the point where their skin is paper-thin. But the work still needs to be put in. It’s not like you could sit on the couch, take the same substances, and then jump on a stage looking like they do.

I Hate the Term “Guru”

What exactly makes you an industry guru? It seems like the term is thrown around way too often these days. That’s not to say that there aren’t coaches out there who are brilliant at what they do. Hany Rambod, Chad Nicolls, Neil Hill, Chris Aceto, Dave Palumbo, and many others. Some of them I know and consider friends.

All in all, this article isn’t a direct shot at any one person. Many industry gurus are great at what they do, and they get paid to provide results. In the case mentioned at the beginning of this article, William Bonac didn’t feel that Neil Hill was worth the time or money anymore and decided to part ways. While I wish he would have ended things differently and without blasting him on the internet, he has every right to hire and fire whoever he wants. He also has the ability, like he is currently, to not work with anyone and do it all on his own.

I feel like many of the bodybuilders out there today do not NEED a coach or one of the industry gurus. What are your thoughts on industry gurus and do you think they are actually worth using? I think William Bonac has opened many people’s eyes to how successful you can be without using a coach.