LEE PRIEST CAN DISH IT, BUT HE SURE CAN’T TAKE IT 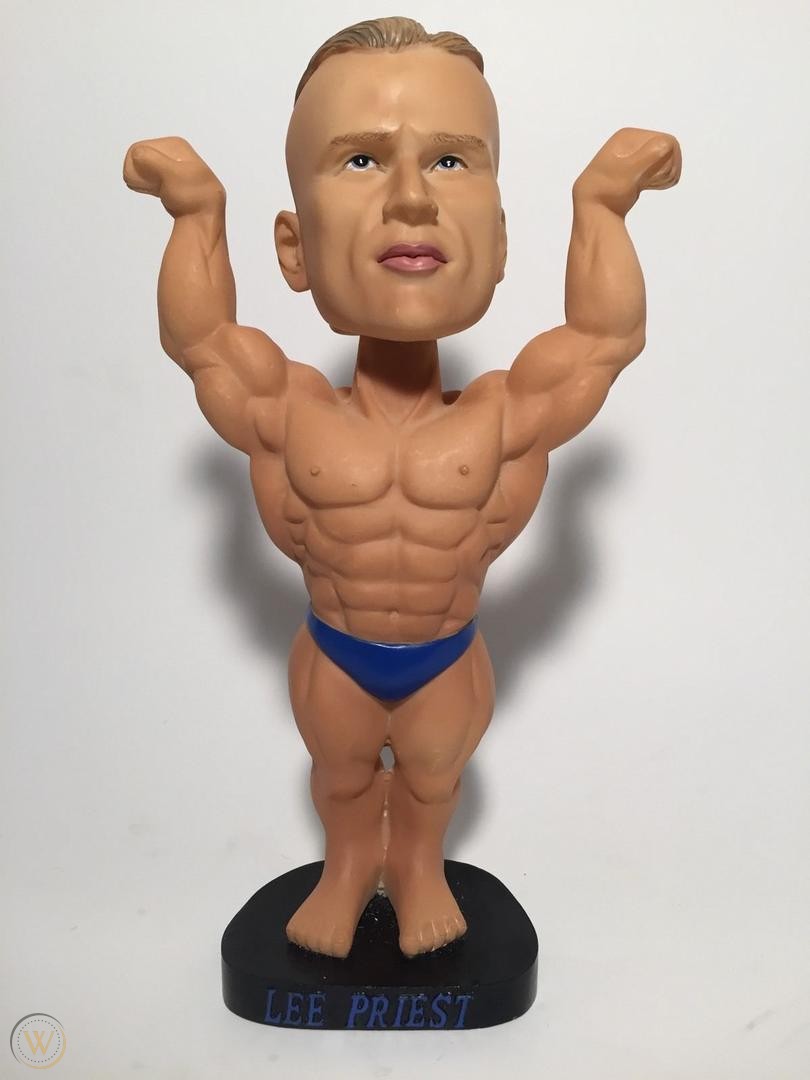 So that didn’t last long…, I followed Lee on Instagram and after just a few articles here on Iron Magazine, in response to his shenanigans on RX Muscle and social media, he blocked me. You’d think anyone who was as public and as outspoken as he is, would like journalists writing articles about his antics. I mean, there’s no such thing as bad publicity, right? And if that publicity is discussing you, what you’re doing, and taking the time to break it down and weigh in, that should be exactly what you want, right?

Well…. that’s all fine and good for Lee, as long as you agree with him. I notice he started a new show on a much smaller network, too. I’ve been extremely supportive of this network and its top guy (who actually approached me at the Muscle Gelz booth to introduce himself some years ago) and both have mysteriously cut ties with me too. I’m not sure why, but I’m guessing this may all be related. Could it be that Lee can dish it, but just can’t take it? And by take it, I don’t even mean trolling, I simply mean, a journalist being objective. Let’s talk about the many times Lee Priest has trolled me – like downright slammed me, gotten laughs at my expense, and basically been a total ___ to me. The difference is, I love trolls and I think trolling is as much a part of the fitness industry as preworkout powder is. Trolls make you famous and let’s face it, losers don’t have haters, but I can deal with the trolls. I can deal with trolls. I can also deal with people, who perhaps aren’t trolls, but are critical of me and/or my content.

I make easy prey for even the least creative trolls. My last name is Duque. It’s as common in Spanish as Duke is in English. They mean the exact same thing in both languages; a noble title. A duke is the highest hereditary title in the British empire & Spanish Kingdom, among others. Anyways, Duque in English could be twisted a bit to sound like dookie, so since about 2nd grade I’ve heard this sporadically. People say it, they laugh, but when I laugh too, they usually try to find something else to poke fun with. Are these people bullies? Of course they are. Is Lee Priest a bully? Without a doubt, but so what? Lee loves calling me dookie and has done it to my face. Do I get mad? Nope. I laugh, because it’s funny that he tries so hard to get under my skin and can’t.

One time on RX Muscle, he wrapped his head in seran wrap, doing an impersonation of me, while Dave laughed away. Is Dave Palumbo really in the positivity, embracing the light, meditating and being a sensient human being? C’mon bro, get real, LOL. That’s all an act. Dave loves drama, loves hits, and he especially loves getting paid. You could do Dave WAY WRONG and BURN HIM like no other, but you pay him, and he’ll be your best buddy – that’s not opinion, that’s fact, but I won’t elaborate. Anyways, I’m just stating truths, because I don’t have jokes. So picture it, Lee doing his best to mock me, while his audience of 1 (forces) laughter. What’s funny is when Dave tries to sell the notion he finds something funny. He’s so awkward that I laugh at him trying to laugh. When that video came out, I shared it everywhere, I got a huge kick out of it and laughed my butt off. If I was to do a video about either Lee or Dave it would get a totally different reaction. The few times I rebutted Dave’s antics on my own videos, he’d take to throwing digs with co-hosts on any number of his little shows. Lee, on the other hand, runs away. It’s just like Bob Cicherillo said on Generation Iron. When Bob and Shawn Ray organized the single most important meeting to creating a union for the athletes, the loudest, most outspoken guy of the sport was noticeably absent. That’s not hating or trolling, that’s simply stating fact.

Most bullies lack the ability to process criticism. The fact Lee blocked me for writing objective articles, tagging him on the stories, and basically offering him the chance to refute what I wrote, speaks volumes. Maybe Lee has an indefensible position? Maybe blocking his critics is the only tool in his arsenal. That may very well be the case, but it doesn’t say much about him.

I know when this article goes to press, I’ll get at least 3 or 4 emails/DM’s from people raving about how honest I am. That doesn’t sound like a lot, but you figure I write 10 articles a month, 120 a year, so I get a pretty big amount of feedback from people that can’t believe how unfiltered I am on my articles for Iron Magazine. To me, it’s nothing, being honest is natural. It’d be work and it’d be taxing, if I had to sugar-coat things or sell opinions that I didn’t truly hold. Some writers have to do that, they have no choice; I’m very fortunate that here, at Iron Magazine, I can always write from the heart – my heart.

With that being said, my critics will sound off, and I’m all for saving them the trouble. Why do I care if Lee Priest, or anyone on his level, blocks me? If they don’t want to have ties to me on social media, why should I care? If I was a random person, that argument would make a hell of a lot of sense, but being that I’m a journalist in the fitness industry, it’s very inconvenient. People on Lee’s level are noteworthy and so is what they say and do. Even if they block me, I’ll still do my due diligence, I’m a professional, it’s just more work for me. If Lee Priest were just a random has-been who minded his own business, then I wouldn’t care, I’d be like “oh well, so long, and all the best,” but Lee Priest is an active has-been. One week he’s attacking Bob Cicherillo, the next week he’s attacking Generation Iron, and the next week he’s attacking Greg Doucette and THIS actually happened over three, consecutive weeks. Let’s say I ignored the first week, even the second week, but if I ignore the third week too, am I shortchanging Iron Magazine readers on reporting what’s happening in the world of bodybuilding and fitness? Absolutely.

If Lee insists upon being in the news and making news, I have to cover him, but if he blocks me because he can’t handle my assessments, then now I need a back-up account to get the facts, so I can write a good article. I have always prided myself on being fair. I don’t care what a person may or may not have said about me, I don’t write one-sided articles. A one-sided piece isn’t news, in my opinion, it’s propaganda. Guess who else blocked me?

Nick Strength And Power has also blocked me. Why? I have absolutely no clue, but I’m sure he read an article or watched a video commentary, where I objectively assessed something he wrote or said, and I guess he didn’t like the conclusion I reached.

Do any of these people ever take the time to contact me and/or try to reach a resolution? No way and while they may act like they don’t read my articles, the fact they take drastic action to block me, undermines that response. They know exactly who I am and what I write and say – there’s no question about it. Do they ever try to communicate their displeasure, nope. This is the culture social media has created. What’s interesting, is that if I see them at an expo or a contest, they’ll come up, expecting to have some laughs and then, maybe add me after the show for a few weeks, then block me again. There’s one guy who does that and it’s really kind of silly. In the end, I don’t get upset that certain people can’t handle the truth and run away, it’s just annoying that it creates more work for me. I have dozens of pages, so you block me on one, I can still get the facts to write the great article, but it’s just more work. It’s just a little lame, is all.

In any event, Lee Priest was a great athlete and has a ton of fans, but for as much as he likes to dish it out, if you say or write anything that he doesn’t like, he’ll block you. There’s probably a lot more going on, I mean the guy’s covered in ink, and unlike people who truly embrace skin art, he had his face cleared of them. I have a feeling if he could remove all the other tats, he would. He seems like a very troubled soul, who desperately craves attention. I think a lot of people who got tats when they were somewhat taboo back in the day, probably hate the fact they look like total posers today. Now grandma’s get tats, so it’s not exactly as dangerous and out-there as it once was.