MASKS FOR EXERCISE: WILL YOU WEAR A REEBOK FITNESS MASK? 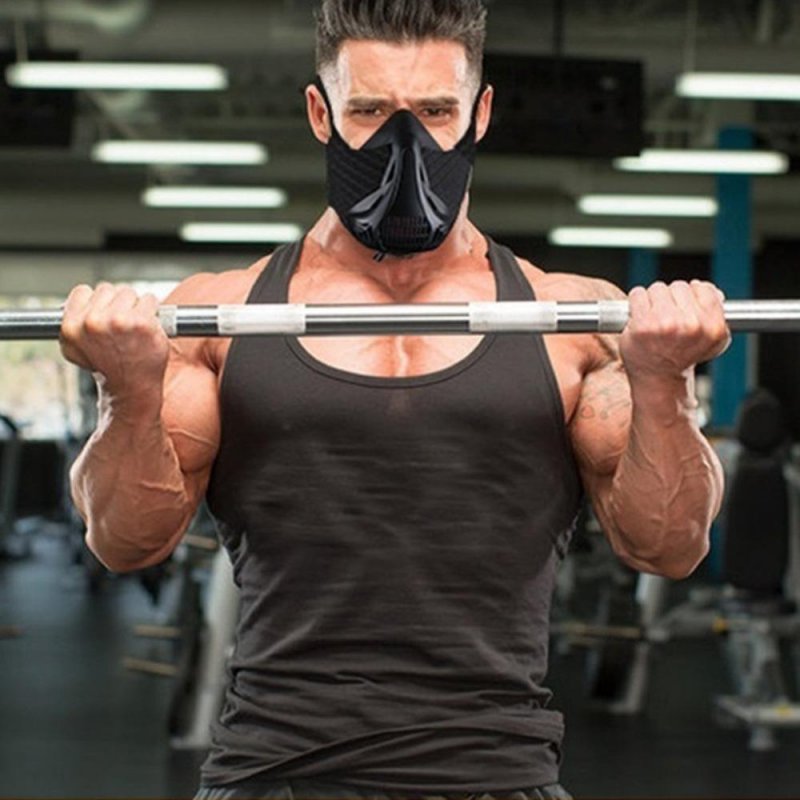 If you’re like me, I’m not one of the American citizens sitting back ok with our rights and freedoms being stripped from us. Governors have decided upon their own power what they deem “essential” and “non-essential” businesses as the economy slowly opens back up. One of the biggest concerns according to politicians is the reopening up gyms and fitness centers. Maybe Reebok has solved this problem with the Reebok Fitness Mask? No, I’m not joking. You can’t even make something like this up.

Gym Survival Rates Are Dropping While Weight Gain is Surging

I recently wrote an article regarding the imminent death of gyms following the coronavirus pandemic. People are canceling gym memberships left and right and are committing themselves to home workouts and building their own home gyms. Others, well, they have thrown in the towel, fell off the wagon, and are now searching the internet for new pants that will fit their growing waistline.

I’m not here to judge, but it’s my opinion that the closure of gyms and fitness centers will cause even further harm from this virus due to weight management and mental health. Reebok seems to have come to rescue (according to their thinking) with their new Reebok Fitness Mask.

Upon waking on Thursday, May 21, I saw an article on Fast Company that caught my eye. It was an article talking about an even more dystopian future and that the Reebok Fitness Mask was created to help bridge the gap between social distancing and getting in a good (safe) workout. At first, I thought it was a joke. But after reading the article, I quickly realized I was the only one laughing (at least until other fitness-minded individuals read the article that is).

Here’s my answer… NO. I mean, come on now. This is going way too far now, and I understand the brand is trying to capitalize on a Reebok Fitness Mask, but I simply don’t see people wearing it. All of the people I brought this up to said there is no way they’ll ever wear a mask like the Reebok Fitness Mask during their workouts.

The article points out that exercise masks already exist, but they are for simulating low oxygen levels to improve cardiovascular performance. There are no “exercise masks” out there that can filter out particles and help prevent saliva and potential viruses from being spread. A question to answer would be, will this always be necessary? I highly doubt people will make this their new norm and I don’t see this virus being an all-year threat to society.

Reebok mentions they have a “dual-purpose” with their Reebok Fitness Mask. They mentioned that due to environmental pollution, their mask can be used to reduce the risk of such exposure. Ok, I get it. But what’s the difference between being out and about in your daily life outdoors versus exercising outdoors? They can’t be serious in thinking that this is going to make a noticeable difference in personal safety and health in the long run when it comes to pollution levels.

Don Albert, Reebok’s head of the European Creation Center, said that “This is the new normal, unfortunately. In many parts of the world, particularly Asia, people regularly wear masks to exercise outside. The coronavirus is just increasing the need for masks. This was really an exercise in imagining what the future of fitness will look like. What if we could create a mask that people don’t just have to wear, but actually want to wear?”

I’m not sure what recreational drugs this guy is on, but I want some if in his head he actually thinks this will be the new norm and the Reebok Fitness Mask is going to be some revolutionary innovation.

As it stands right now, the Reebok Fitness Mask has three prototypes. One cool innovation included within the mask is its ability to monitor oxygen levels and other vitals to monitor performance (such as heart rate and breathing rate) and would be recorded into an app on the user’s smartphone.

That part I think is extremely interesting for competitive athletes (similar to what is already used in performance centers and labs). However, I simply don’t see this as a need for the everyday exerciser who hits the gym or exercises outside to manage their weight, look good, and improve their health.

The Reebok Fitness Mask will also have a clear screen at the mouth which will allow those around the wearer to see when they speak and the emotion behind the words that are spoken.

I’m not going to go into much detail on this one as you can read about it in the article linked below, but it’s a WTF are you thinking moment for this second design for a mask. Reebok is calling it their Immersion Mask. It’s a clear shield covering the entire face that also has a respirator that covers the mouth and nose (double protection) and also includes a hood that covers your entire head (over your head, your ears, and under your chin).

Personally, I feel that if you need to wear something like this outdoors, you have bigger issues you need to be concerned with. As in, what the heck is in the environment that looks like you’re part of FEMA?

The third idea Reebok has is a mask that is lined with moss or algae to purify the air you are breathing. I’m literally shaking my head right now in disbelief of these two final masks mentioned. Again, I’m not going into detail on this mask as it’s just as ridiculous as the biohazard mask. If anything, I could see people wearing the first one I mentioned as it’s someone “normal and useful” for an exerciser, but the biohazard and moss are way out there and I don’t see people getting on board with them or even the idea.

I guess in closing, we need to ask if the people at Reebok are ok? Did they drink the Kool-Aid or what’s going on over there? Do they know something we don’t know? I mean, they’re on some apocalyptic stuff over there and I want zero part of anything they’re doing with this.