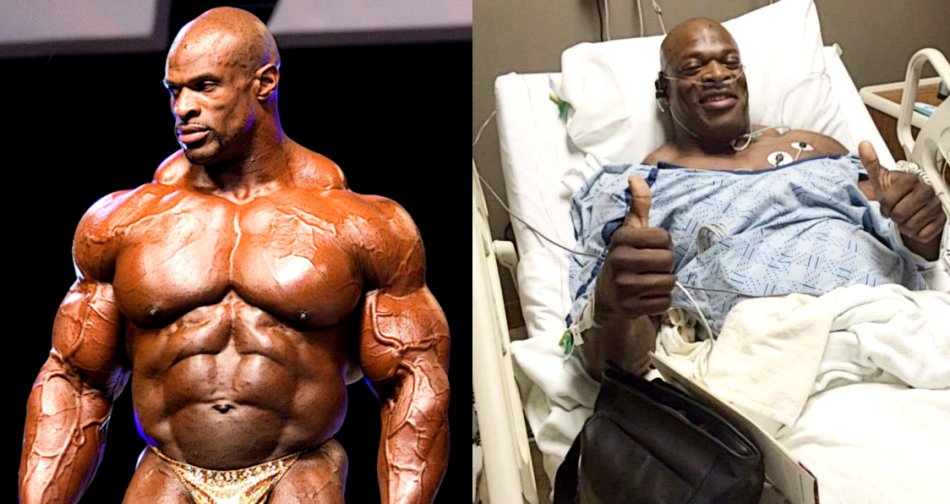 If ever there were an indomitable spirit in the sport of bodybuilding, it would be the King, the G.O.A.T., 8x Mr. Olympia Ronnie Coleman. After eight consecutive wins at the Mr. Olympia, Coleman made sure to come back in 2007, taking a respectable 4th place, before retiring from active competing. Although he may have left the stage, he never stopped training with the intensity of the best in the world.

His supplement line Ronnie Coleman Signature Series has taken off since, rolling into towns across the U.S. in tour buses with major entourages and huge crowds to greet. With regards to fanbase, Coleman’s lines have never taken a hit. In fact, with regard to supporters, Coleman set the standard for how to treat the fans. Along with Jay Cutler, The Big Nasty is the kind of champion who makes sure to treat the sport’s faithful with the utmost respect. He’s not about gimmicks or cracking a smile just for the cameras. The combination of Ronnie’s stellar career, starting out by cutting his teeth with hard placings over the course of many years, before shocking the world and winning the 1998 Mr. Olympia, also gained him tremendous respect by his then peers and all other eras’ ever since.

That being said, many called his training unnecessary, as he pushed through poundages that were far more inline with powerlifting than bodybuilding. Nonetheless, Ronnie did things his way and even on his recent hit documentary, The King, Coleman said if he could go back in time and do everything again, he wouldn’t change a thing. The fact is, anytime a bodybuilder claimed to be the strongest, from Johnnie Jackson to Ben White, Coleman felt the need to shock the world, carrying out deadlifts, bench presses, and squats – during contest prep – that left people dumbfounded. This was pre-social media, at a time when supplement companies were still employing fake weights for ads, and when magazines were king. For the folks who didn’t buy the dvds and/or didn’t buy the magazines at the time, they were clueless to just how strong Ronnie was. That’s why so many people who have discovered him today, simply can’t get enough. There’s not been anyone like The Big Nasty and there likely won’t be again.

The truth is, bodybuilding isn’t about lifting heavy. This is a physique-based sport, not a strength-based one. Guys can achieve incredible muscle density through a combination of sound nutrition, sensible training, and supplements. Many will assert that large, dense muscle is singularly attributable to lifting heavy weights over a long period of time. That theory may or may not be true, but many bodybuilders who look to be strong as nails, really have rather average strength. In many ways, it’s an illusion, and it’s one that’s highly marketable and very effective when it comes to selling protein powder, training accessories, and personal training. So why did Coleman feel the need to lift so much, to shock people as much as he did?

The truth is, as I alluded to earlier, social media was just about a fraction of what it is today. Ronnie also trained in a sweltering hot gym in Arlington, TX – he wasn’t at the Mecca or some hipster fitness club. While some of these lifts may have been caught on dvds or select photoshoots, the vast majority of the time, I’m sure it was just Ronnie, Brian Dobson, and maybe 3-5 gym regulars. My point is, Coleman wasn’t looking to shock, or even, impress, anyone. Coleman’s roots were in powerlifting and he brought that along for his bodybuilding career.

This past week Ronnie underwent emergency hip surgery. According to his official IG, one of the first things on his mind, upon recovery, was to do leg presses again. If that doesn’t speak to the dedication this legend has for the iron, I don’t know what else does. Some might say that his obsession with the iron defies all sense of logic, they might call his commitment to training irrational, but so what? This is the life he loves and so long as you’re alive, why not live life according to your own terms. The truth is, Ronnie never left bodybuilding.

The truth is, Ronnie Coleman is bodybuilding.