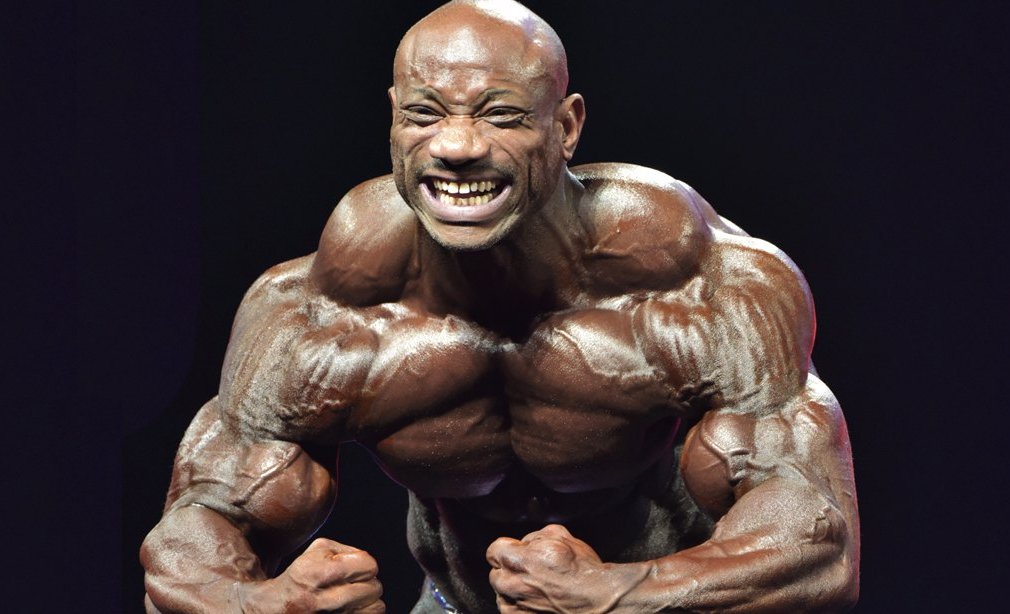 If one thing could be said about the fitness industry, it’s that they have consistently ignored the winningest pro in the history of the sport. 2008 Mr. Olympia and 9x Arnold Classic Champion Dexter “The Blade” Jackson has never gotten much love for the bodybuilding press. No matter how sharp his physique looks or how many titles he has to his name, writers and commentators simply overlook him. Take Jay Cutler’s recent handicapping of the 2020 Olympia. While Cutler did mention Dex, he only did so in passing. That’s kind of the norm when it comes to this decorated veteran of the stage. No one wants to count him out because everyone knows when he brings it and when he’s at his best, there’s no one he can’t beat. At the same time, no one really gets behind him, either!

So why the cold shoulder then? Surely, someone with this leg up on the competition would command coverage, right? Well, that’s been the head-scratcher his whole career. Jackson just can’t catch a break from the big media websites. That being said, there’s no question he’s an A Lister in and out of the fitness industry. Take Valuetainment, for example; David Bet David can interview anyone he wants and he made sure to have Dex on his show. I’d think sites like MD, RX, and Generation Iron would be blowin Dexter’s phone up. They may be. I don’t have Jackson’s phone, but something tells me, these outlets are more interested in guys that Dexter can easily beat. Maybe it’s because those guys say more sensational things, maybe it’s because of sponsorships, or maybe they just don’t know any better.

One outlet, if you can call one man with a webcam – an outlet, is Nick Strength And Power. With just a few thousand subs shy of a million, Nick Miller is a commanding force in the muscle press. A few years ago, the Redcon1 sponsored vlogger was slammed for not giving Jackson enough coverage. He insisted that that couldn’t be farther from the truth and argued that he was always a big fan of the Jacksonville native. So let me ask you, the readers of Iron Magazine, how many videos has Nick done focused on Dexter in 2020? More specifically, how much air time has Miller focused on Jackson from the Arnold Classic to today? The answer doesn’t surprise me, but it might surprise you.

There’s an old saying – better late, than never. The media has another shot to make a wrong, a right. All the writers and commentators could weigh in on a star-studded run. They could talk about the various eras and how many giants The Blade slayed with a focus on detail and symmetry. They could play up the fact that Dexter competed among mass giants like Markus Ruhl, Ronnie Coleman, and Big Ramy, always holding his own. Just this year, Big Ramy competed at his first-ever Arnold Classic, with none other than Chad Nicholls in his corner. Ramy brought his signature size, he was ripped to shreds, and he was looking to go the distance with William “The Conqueror” Bonac. There was only one problem, though, and that was Dexter Jackson. The Blade halted Ramy dead in his tracks and went on to make Bonac fight on every single pose. There’s also a number of top pro’s, guys like Charles “The Tank” Dixon, who believe Dexter actually beat Bonac. Here’s a guy who nearly wins the 2nd biggest contest and is putting his all into getting on the Olympia stage for the very last time in his career, yet gets ignored!! He’s going to Vegas to prove a prove a point and to go out with a bang, but it’s just like any other Olympia for most press outlets. It’s almost as if they don’t care.

The lack of coverage Dexter receives, speaks directly to the disconnect between the media and the fans. Many writers and vloggers today are nothing more than very popular fanboys. Who gets press? Only those who gets immediate hits and/or who influencers like.

Take Nick Miller, the most popular YouTuber on the planet, for example. NSP likes Chris Bumstead, but he’s not so crazy about Breon Ansley. As a result, Nick’s channel is a virtual shrine to one competitor and something of a clearinghouse of criticism for another. I mean, I’ve even watched videos where Miller says the judging criteria has changed and that if Breon doesn’t start beating Bumstead, that he should consider leaving the Classic Physique division. Can you even try to imagine that? Here’s a guy talking into his webcam, to an audience of a million, preaching to a 2x Olympia winner about how he should consider jumping ship from a division he helped build. The audacity of such a statement is absolutely laughable. It also speaks to the disconnect between media and fans.

Dexter Jackson has fans all over the world. They love what he’s done on and off the stage, but influencers like NSP don’t give their viewers what they want, rather, they tell their viewers want they want. If modern day influencers owned businesses, their mantra wouldn’t be “the customer is always right,” it’d be, “the customer always does what they’re told.” No matter how much the fans ask, influencers simply don’t care. When this article hits, I’m sure it’ll create some discussion on the boards and throughout social media, but ultimatley, influencers march to the beat of their own drum.

With magazines, for the most part, long gone and with major outlets trying to copy these influencer-driven Youtube channels, competitors who create great physiques are getting less and less coverage. When Dexter and Shawn Ray were quarrelling, Dexter got press. It’s like every media outlet was tripping over themselves to get a quote from Dexter, they all wanted to pour gas on the fire, they wanted hits. The angrier Shawn and Dexter got, the more potential for content many of these websites saw. They didn’t talk about the near-perfect physiques these guys built, the many giants they slayed, or celebrated their impressive contest records.

Dexter’s track record and the legacy he will undeniably leave behind, should command a lion’s share of coverage. I, for one, hope that we see plenty of commentaries around his road to the Olympia and we see a nice amount of quality interviews in the coming weeks. Take some time, do some research, and ask real questions. Give the fans what WE want!!