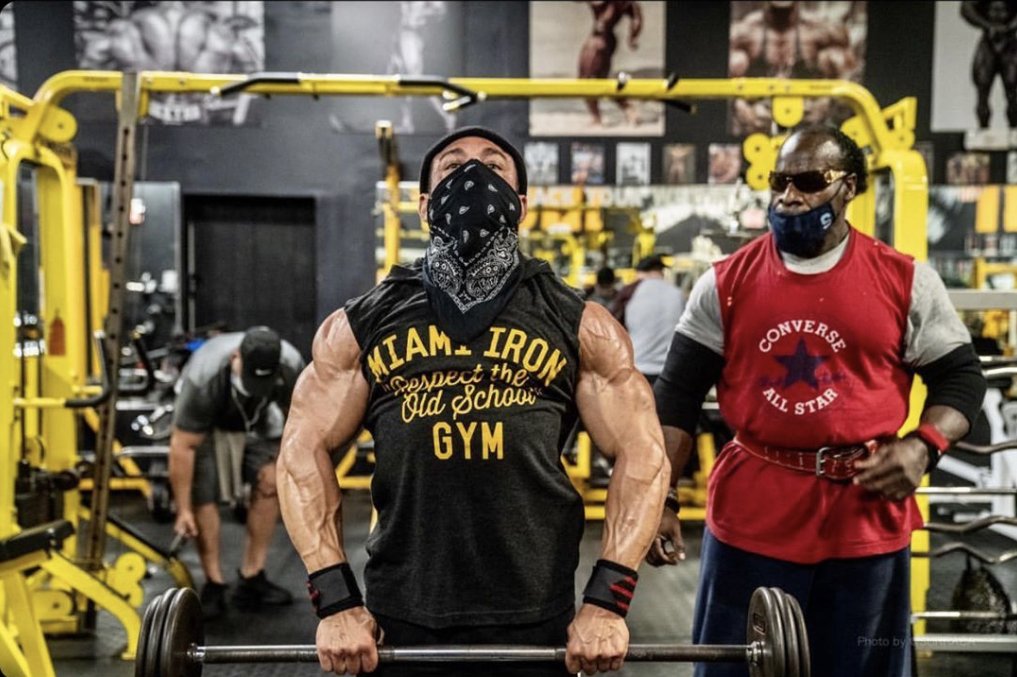 Things were different back in the day. Bodybuilding was a way of life in the golden era, then during the 80’s, and culminating the in 1990’s. The guys who walked the walk, lived this sport like no other. There was a real sense of camaraderie and a real appreciation for hard work. Were there drugs around? Sure, but they weren’t the center of the journey. If anything, they were a minor aspect – one of many – because the mindset was one of self-sacrifice. People back then didn’t complain. What would the point have been? Everyone was suffering and everyone was sacrificing because that’s what you did.

The great physiques we see in the photos and videos of those eras were truly earned. People trained hard, each set was comprised of heartfelt reps. There was no half-assing it towards the end. Anything less than 100% hurt only one person – the competitor – and competitors back then weren’t about to shortchange themselves. And for what? Where was it they had to be? Who is it that commanded so much attention that they’d allow themselves to be compromised on stage over? The answer is no one. There was no one these guys had to race to go see, nowhere they had to race out of the gym to be at. That’s not to say these guys didn’t put their families first; it’s also not to say they didn’t balance their commitments, either.

What I will say about the guys then, from all the books I’ve read and all the interviews I’ve conducted, is that the time they allocated for training, for eating, and for posing, was carefully set out and that time was sacred. Old school people didn’t need a coach to watch over them, they didn’t post nonstop on social media looking for pats on the back, they did what needed to be done.

Many of the old cats jotted down sets and reps in their Meade composition notebooks in between sets. They recorded everything, from how many grams of white rice they’d eat, to how much water they’d drink. This wasn’t merely a sport, it was a way of life. IFBB Pro Stan “Topamania” McCray was a product of this period. Not only was he a product of it, he directly influenced the scene. This is why whenever I see Stan at a contest, whether it’s his own [Topamania Classic] or he’s at another contest or expo, guys form all ages make their way to him. They want to talk to him, they want to see if they learn something, and they almost always want a photo. To write it off as Stan simply being a star wouldn’t really do him justice. He is most definitely a star in bodybuilding, but he also represents a lot of old school qualities that fans today really miss. That’s no knock on our current champions, but everything about Stan, is a throwaback to different times.

A lot of the guys from the 70’s, 80’s, and 90’s are still very much around. Like I said, many are promoters and many are quite visible at contests, expos, and other events. Many times they don’t do or say much, they just kind of go with the flow of things, but the fans always seek them out. No matter how low key they may be, bodybuilding champions from yesteryear always get love from the fans. Guys like Stan get even more attention because they’ve kept their size, they walk around with low bodyfat, and enthusiasts can’t help but ask, if they’ll ever return to the stage. No matter how many times a legend that’s jacked says they’re retired for good – it’s like that statement falls on deaf ears – fans just see the muscle and they can’t understand why they won’t compete again. What many adherents fail to grasp, is that old school bodybuilding greats may retire from the stage, but they never stop being bodybuilders. They’re the last of the Mohicans. They eat, sleep, and breathe bodybuilding. They will always be bodybuilders because it’s who they are. They’re the realest of us all!!

Another question guys like Stan will hear for the rest of the lives, is whether they can coach any number of prospective and veteran competitors – both amateur and pro. Competitors see what Stan did in his career, they see him walking around jacked, and they see what he’s done for his many clients and they want that success. The truth is, I’ve always known Stan to be very selective of which ladies he take on as clients and I’ve never known him to have male clients. I’ve known of countless guys who have asked and I’ve never known of one he’s taken on, except, for IFBB Pro Peter Sciallo.

I first met Peter in Pittsburgh and then again in Baltimore. He caught my eye for a variety of reasons. The first was his physique. He was dialed in, symmetrical, and pumping up till the very last minute backstage. I remember him in Baltimore with his then-coach and good friend Marcelo. They were working with bands and it seemed like he got better and better as time passed. Many of his fellow competitors, just minutes out from the stage, were standing around, pumped-up but now mostly talking and waiting out those last few minutes before the expeditors called their class. Peter, however, was pumping up. There was no chit-chatting, no twiddling his thumbs, he was a man on a mission. When his class came up and he entered the last portion of backstage area, I felt like he continued to pump up on his own. I could swear he did some push-ups. It was a real sight. But you know what? When he took the stage, it was lights out. That work ethic was in stark contrast to a lot of his contemporaries. Although Sciallo competes in 2020, his mindset is of the 80’s, 90’s, & early 2000’s. The fact he’s a purist of Classic Physique, that he’s critical of guys with physiques he thinks are better for 212 than his division, and his passion to pose and entertain, speak volumes. He trains, poses, and thinks like guys 10-30 years ago. And these perspectives, coupled with his physique, may very well have helped him get Topamania in his corner. Like I said, before Peter, I never knew Stan to work with guys,so that alone, is definitely noteworthy.

That being said, what a chaotic year to start a working relationship. 2020 has been the most chaotic year bodybuilding has ever seen. Poor Stan even had to cancel his Topamania Classic. It’s something he did everything in his power to realize, but when your venue pulls the plug, and it’s next to impossible to find another in time, you have to make the tough call. That’s part of what being a top level promoter is. Not all stories have a happy ending – that’s just life. Anyways, Stan pushed on, doing everything he could do to be there for his clients – people like Peter Sciallo. Whether they trained at Stan’s main haunt, “The MIG” (Miami Iron Gym), or this private gym, Stan always made sure Peter had access to the highest quality equipment and was on staying on top of his training and nutrition for the Tim Gardner’s Tampa Pro.

The Tampa Pro had very significance for physique-based athletes. It was that bleak light at the end of the tunnel. So many competitors approached Tim, to thank him for doing everything in his power to make his contest a reality. I can’t even imagine the sleepless nights and the truckloads of anxiety and stress he must have to deal with; there must have been pressure on him from competitors, vendors, and fans. The show happened, it was a huge success, and the collaboration between Stan and Peter saw two huge pro victories!! All the hard work paid off!!

I’ve done quite a few interviews with Peter, our last one just a couple weeks ago, and I think he’s very happy with working with Stan. He’s still very good friends with Marcelo and Marcelo is the kind of guy who will always be there for him. I think that the future is very bright and as 2020 seems to continue to move more and more toward normalcy, I think we’ll still see more to come!! I’d love to see Peter hit the stage at the Olympia, as well as more stages worldwide. Also, in addition to competing, Sciallo is the type of pro that I think promoters should look to including in their events. There’s guys who pose because it’s part of winning a contest, but there’s guys who really enjoy it, and who see posing as a great way to get an audience on their feet.

There was a time when guest posers could and would bring the house down. If you look at old videos of guys like “Mighty” Mike Quinn, King Kamali, Melvin Anthony and Kai Greene, you know exactly what I mean. Bodybuilding is extremely entertaining – provided you have the right people. Only folks who love posing, who speak through it, can deliver. But whether he’s competing or guest posing, I think Peter Sciallo will make his mark on this sport. There’s not a doubt in my mind about it.

“My goals are to have a nice long offseason this fall into the spring continuing working on my weaknesses I strongly believe we will get them right where we need for next season… the plan is to win a open classic competition, for me to complete this journey I need to compete at lease once in the Mr. Olympia and Arnold sports fest. I just need this to finish my journey in this sport I don’t have to win them just want that experience to satisfy my peace of mind…

Stan has pushed me to a level that I didn’t think I could reach, he made me trust myself, to dig deeper than I ever have before, lift heavyweights that I thought I would never be able to, the sweat, the pain, the soreness the pump is amazing, it felt like my bones were bleeding after each workout in the beginning you would be winded and exhausted… very important to eat eat eat to grow and feed the muscles.“ – Peter Sciallo