WHY DOES IT SEEM LIKE THE UNIVERSE IS AGAINST THE 2020 MR. OLYMPIA? 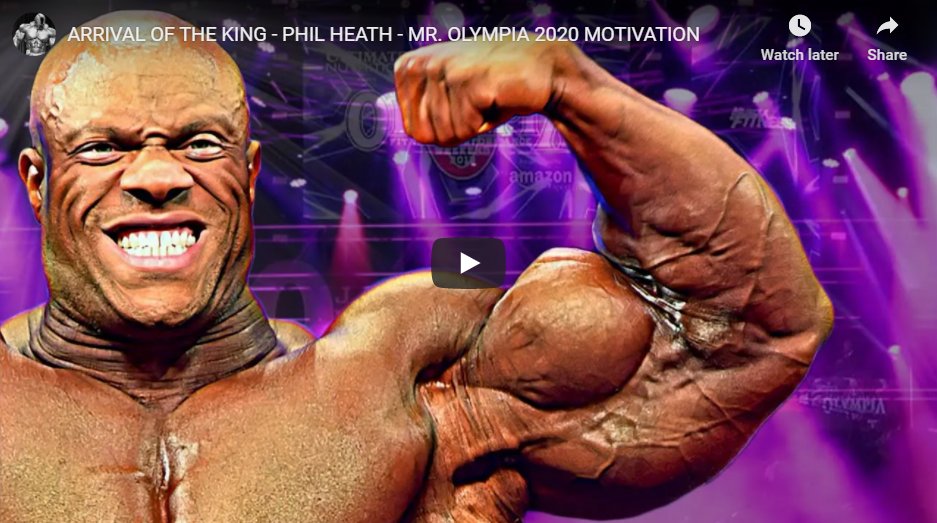 2020 has been a heck of a year for all of us. Many of us just want to get back to normalcy, yet it seems like a second wave of this pandemic is overshadowing the US as of November. The sports world has been rocked by positive cases, shutting down much of the sports seasons and causing games to be postponed or canceled. It’s not as simple as “postponing” a show in the bodybuilding world since the athletes need weeks to prep. Could the 2020 Mr. Olympia be in jeopardy?

I’ll be totally honest, if I were Dan Solomon and Jake Wood, I would have probably thrown in the towel and chalked it up as a loss. 2020 has thrown them curveball after curveball, yet the Olympia team keeps stepping up to the plate and swinging for the fences.

The Olympia is usually held in Las Vegas at the Orleans Arena, but it was announced earlier this year that the show would be moving to Planet Hollywood. But the universe seemed to have said, “Hold my beer,” and the state of Nevada is once again shutting down.

However, Dan Solomon has never been known as a quitter or someone to take the easy way out of something – he knew he needed to save the 2020 Mr. Olympia. Being a Florida resident, Dan knows that Florida has remained open for business amid this pandemic and decided to pivot once more this year and move the 2020 Mr. Olympia AGAIN, this time to Orlando.

The new home of the 2020 Mr. Olympia will be the Orange County Convention Center in the heart of Orlando. Dan Solomon touts this year will be the best Olympia to date and that they are going to have the best production to date.

Athletes Pulling Out, Athletes Being Invited, and Fans Totally Confused

I’m giving you the short version of everything that has transpired this year regarding the 2020 Mr. Olympia. If we were to go deep into it, this article would turn into a novel. But let’s take a quick look into what’s going on with athletes as well as fans.

Truthfully, Flex was the only competitor on that list of competitors who pulled out and had a chance to crack the top five. While we don’t want to see anyone need to pull out of a show, these athletes sitting out won’t really shake up the standings a whole heck of a lot. Flex never competed in men’s open, so it’s not like we’d “miss” him in the line-up – especially since he sat out following his 212 retirement.

Then we have the special invite given to Big Ramy. This move was quite controversial as some fans were excited to hear Ramy would be at the 2020 Mr. Olympia, while others said he doesn’t deserve a special invite. I can see both sides of the debate and will probably write a separate article specific to this topic.

Everyone seems to be hopping on the Ramy train following some recent pictures posted on social media. Personally, I’m not following suit as we’ve all seen this year after year where we are shown photos, everyone gets all hyped up, and then Ramy disappoints us all. So, I’m not going to sit here and say how excited I am to see Ramy – because I’m not. He has a lot to prove, especially now that the IFBB feels he deserves a special invite after missing the Olympia last year and then not even competing this year.

As of the end of November, it appears that Hadi Choopan is teetering the line of possibly missing the 2020 Mr. Olympia if he can’t get his visa in time. If you remember, this was an issue last year as well, and Hadi came into the 2019 Olympia complete and could have taken the Sandow home in the eyes of many.

If we were not to see Hadi at the 2020 Mr. Olympia, it would truly be a shame. Hadi shocked a lot of people, and it would be interesting to see him stand next to someone like Phil as a comparison since Phil sat out last year and Hadi gave the line-up a run for their money.

What About the Fans?

Even though it seems like the universe is against the 2020 Mr. Olympia, Dan Solomon isn’t giving up and writing it off. He is planning the biggest Olympia to date, and for those who can make it, I have a feeling they are in for a treat.