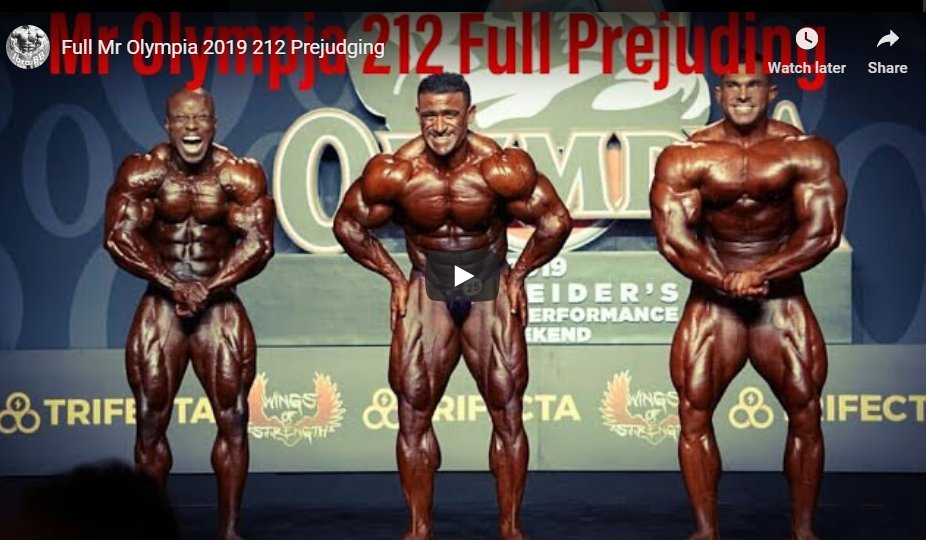 I’d be lying if I said I wasn’t excited to see 212 bodybuilders coming into the open class. In fact, it’s my opinion that the 212 bodybuilders could actually disrupt open bodybuilding as we know it. How so? Have you seen Hadi Choopan and Flex Lewis? Let’s discuss why I think this. Maybe I’m nuts?

212lb Bodybuilders Are Bringing It

The 212 division, in general, seemed to miss Flex Lewis at the 2019 Olympia – as did many of the fans. That said, if he follows through with his plans to complete in 2020, he and Hadi Choopan could knock off some of the top bodybuilders we are used to seeing in the top 5 of shows. The 212 bodybuilders are no joke and while they are thought of as the “smaller class” there’s nothing small about them. 212 bodybuilders have some of the craziest physiques on the stage. I feel that many of them could even step up to the open class and beat out many of those who compete in the open.

But Hadi Choopan is something special. Don’t believe me? Hadi Choopan placed third in the 2019 Mr. Olympia and also took home The People’s Choice Award. Clearly, the fans love the look he brings to stage and from what I saw, he could have easily placed second at the show and even gave Brandon Curry a run for his money. I was amazed that he was able to make it to the US to compete and hope that continues in 2020 and we get to see more of him (assuming he doesn’t take the year off to solely prepare for the 2020 Olympia).

Let’s talk about Flex Lewis next. It’s hard to argue that any time Flex stepped on a stage, he dominated. Going into each 212 Olympia, it was expected that Flex would basically walk on stage and walk off with a nice paycheck. I’ve been following him during his break and Flex is looking bigger than ever and is having a very productive off-season. The only question left unanswered is, “How will Flex look when he diets down and enters the open class?”

We enter 2020 with a lot of unknowns. With all of these unknowns, it opens the door for 212 bodybuilders to swoop in and take up the real estate once owned by many of the top open bodybuilders.

For starters, will Phil Heath come back? He’s hinted at it, but at the same time, he teased us in a similar manner of Kai Greene about coming back to the Olympia and then bowed out. If Phil comes back and brings it, I don’t think anyone will touch him. But if he sits out again or retires, 212 bodybuilders like Flex and Hadi could make some serious noise.

Next on the list is the 2018 Mr. Olympia winner, Shawn Rhoden. Rhoden has me scratching my head. There was some debate on whether he should have beat Phil back in 2018. Then he ran into some legal issues and was told he could not compete at the 2019 Olympia. He hinted at a few returns to the stage but that never panned out. To make matters worse, it appears that Shawn hasn’t even paid his IFBB Pro Card dues – which wouldn’t even allow him to compete right now. So, for now, let’s just take him off the table.

Current Mr. Olympia winner, Brandon Curry, definitely has a great physique, but can he make improvements to his conditioning in 2020 to take home another Sandow? I believe 212 bodybuilders like Hadi and Flex could come in and push Brandon and even knock him out.

2019 runner-up, William Bonac reminds me a lot of Flex and Hadi. They are all short competitors and have similar builds (which is probably why Hadi placed third right behind him). One downside to Bonac is that I don’t feel he has been making any progress with his physique over the years. Each time I see him on stage he looks the same. And while consistency is good, he needs to make improvements to win the Olympia.

Then you have guys like Dexter Jackson, Big Ramy, and Roelly Winklaar. Who knows if Ramy will qualify for the Olympia since he didn’t last year? Add that with the fact that Ramy can’t seem to hit his mark leaves him open to being taken out by some of the 212 bodybuilders moving up.

Dexter is the ageless wonder and is the most consistent bodybuilder on the planet. Competitors at his age are sitting on their couch reminiscing about yesteryears and the good old days. Dex is still going strong and stands alone as the man with the most wins in the sport. However, I feel he’s absolutely vulnerable in a lineup with some of the new 212 bodybuilders coming into the open.

Last is Roelly – another competitor who you never know what he’s going to bring. Will he be in shape or look like a water buffalo? Who knows? He narrowly made the top 5 at the 2019 Mr. Olympia and Hadi already beat him. I believe if Hadi and Flex bring it in 2020, Roelly may not even make the top 5 this year.

What do you think? Can 212 bodybuilders like Hadi Choopan and Flex Lewis come in and stir things up?