WILL THERE BE A POSEDOWN AT THE 2020 OLYMPIA? 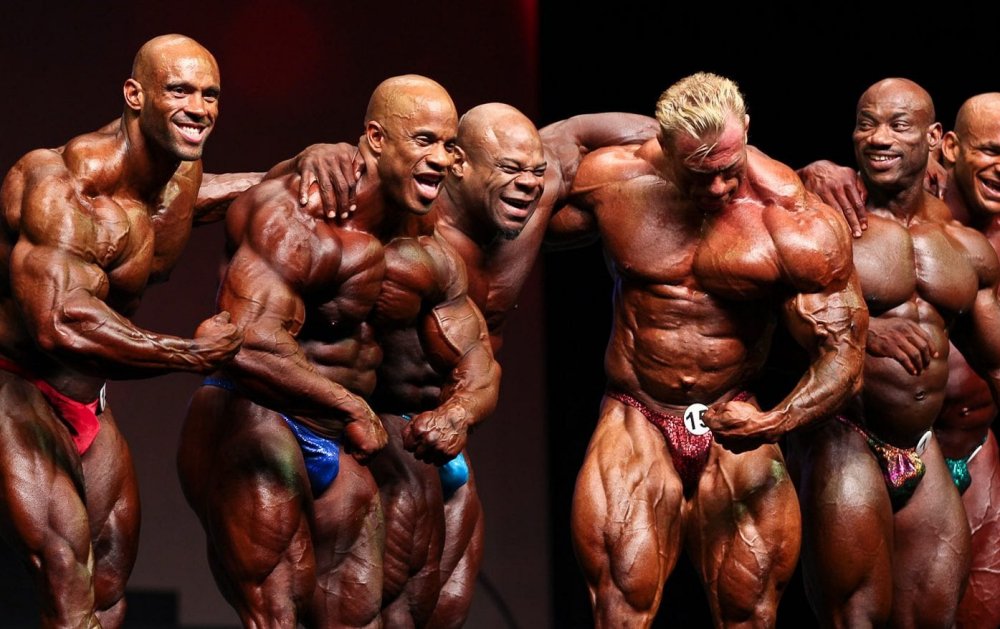 God, I hope so!! The last time I saw a posedown at an Olympia press conference was online, like 15 years ago, when The Freakin Rican Gustavo Badell showed the audience the physique he’d built for the stage. At the time, Gustavo had placed 3rd for two consecutive years and he was starting to develop a lot of buzz. Fans and pundits, alike, were starting to look at him as the guy who would eventually topple Ronnie Coleman. In fact, Badell beat Ronnie in the Challenge Round. The point is, you had a top guy who was so confident in the physique he built, that he had no issue showing it off before hitting the stage. Moreover, Badell wanted to really give the fans something to talk about.

In the years since, fans no longer even contemplate a posedown at the press conference. Instead, the competitors sit around and occasionally take jabs at each other. For the most part they talk about their journeys, they draw parallels to life events, and they thank everyone from their coaches to the desk clerk at the gyms they train at. Sometimes they’ll talk in code. A couple guys might make reference to something only them two know about. While everyone is trying to make heads or tails out of what they’re saying, the two guys look at each other, and laugh.

Every once in a while the MC’s (whether it’s Shawn Ray, Bob Cicherillo, or Dennis James) will ask a direct question practically guaranteed to elicit a controversial answer. If things get heated, the men might stare at each other, sometimes, they’ll yell, and a lot of times they’ll threaten each other about who will look better on stage. As if looking better on stage is akin to getting the crap beat out of you in a back alley brawl. When it’s all said and done, many press conferences resemble old ladies knitting clubs. No one should act tough at a bodybuilding show. That’s just funny; however, it is a physique-based sport, so if tensions run deep, then a posedown would be the culminating point of two guys having words or beefs at the event. Sadly, most competitors hide their physiques. Times have changed.

Some competitors want to hide their physiques as long as possible. They claim that the reason they don’t posedown is because it’s a strategy-move. They don’t want to tip off the competition to what they’re bringing. I find such a notion rather comical. What the hell can a competitor do in 12 hours by seeing what someone else is bringing? Strategy is important in chess, but this is bodybuilding. The key to bodybuilding is bringing the best physique a competitor can bring. No competitor is going to bring less than 100% to the stage, especially the most prestigious stage in the sport of bodybuilding. And it’s not really about hiding the physique, either, because competitors show their physiques when they weigh in / check-in and there’s media there as well. Of course, there’s a lot less media there than at the press conference, but photos and videos do get out. Also, hiding the physique makes no sense from a business standpoint, either.

Sponsors want to get as much bang for their buck as possible. The Olympia weekend represents a media bonanza. From the meet-and-greet, to the check-ins, to the press conference, these all provide opportunities for competitors to generate more buzz for themselves and the event even before competing, but for their sponsors as well.

Could you imagine the level of traffic that an athlete would get if they hit a few poses at a press conference that has dozens of media outlets shooting and filming the event, with tens of thousands watching on PPV and streaming? Social media would buzz like a hot ember. You can’t pay for that kind of buzz!!

Bodybuilding enthusiasts love to argue, from Facebook groups to message boards, and even Reddit threads. Talk is so cheap and there’s so much of it at the press conference. And with a year as torturous as 2020 has been, when marketing is so important, I’d think a good posedown at the press conference might even boost some last minute PPV sales. That being said, who’s going to want to be a trendsetter and break with the norm.

The ideal posedown involves guys who have fought on smaller stages throughout the year. Without disrespecting any contests, all shows are smaller than The Olympia. Hell, even the Arnold Classic, is considered subordinate to the Olympia. Guys who take turns winning shows or lose by razor-thin decisions, oftentimes just can’t wait to hit the stage. Also, there’s a chance they might not get compared to each other by the judges. Maybe one guy makes it to Top 6, while the other guy is outside of the Top 10. It happens.

Posedowns are a way for the athletes to make a show within a show. It’s a mini-contest not decided by judges, but decided by the fans in attendance and the fans watching all over the world. That’s old school bodybuilding, but that also seems to be a relic of the past. Imagine if Iain Valliere and Hunter Labrada posed down. Imagine if Andre and Raymont posed down. Imagine, I mean dare i say, if Brandon and Phil posed down!! Could you imagine how electric that would make the whole event. It’d be like two cage fighters taking shots at each other at weigh-ins, like two guys that want to damage each other so badly, they can’t even contain themselves for the octagon.

Fans who witness that, whether in person or on tv, anticipate an all out brawl!! Who wouldn’t want to see that? I mean, even if the posedown is fake, even if the aggression is exaggerated, that’d be fine too. Just give the fans some kind of entertainment. The press conference should be a blast, not like a scene from an office lunch room. You shouldn’t have guys with rolls of carpets for lats, no necks, and 24” guns being caddy to each other and snapping their fingers. I’m just saying, let’s go back to the old school days!!