WILL THERE EVER BE ANOTHER DEXTER JACKSON IN THE INDUSTRY? 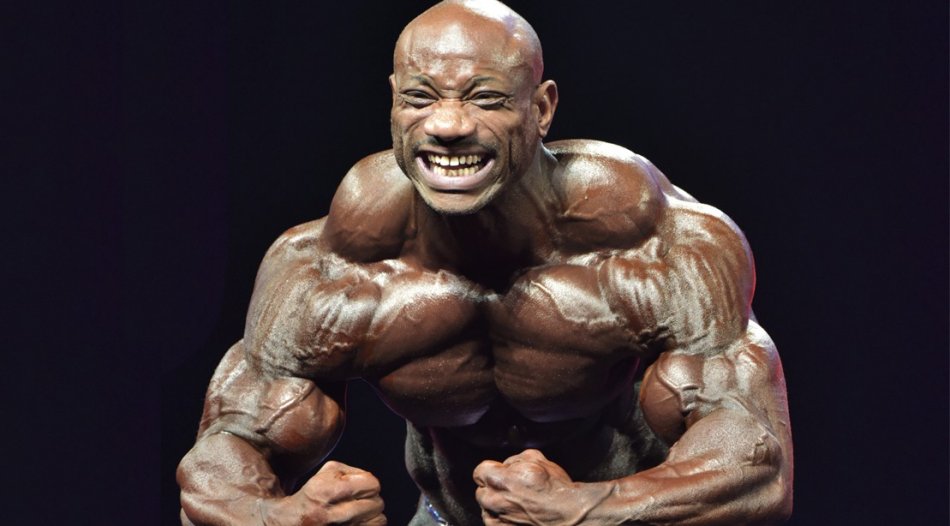 In a very emotional message on social media, Dexter Jackson broke the news about his retirement following the 2020 Mr. Olympia competition. He was a little choked up and rightfully so – bodybuilding has been the driving force of this man for decades. At 50 years of age, it’s clear that Dexter Jackson isn’t getting any younger. Yet, we still look at this man with uncertainty if he’s really human.

When the word “bodybuilding” is spoken, there are names that will flow off your tongue in terms of who the greats were/are in the sport. The name, Dexter Jackson, will forever be engrained in the sport of bodybuilding. No one has accomplished as much as Dexter and I don’t believe anyone ever will. Dexter’s name could forever stand all alone as the bodybuilder with the most pro wins in the history of the sport.

Dexter Jackson Has Nothing Left to Prove

For the past 20+ years, we have been blessed with Dexter’s presence in the sport of bodybuilding. Dexter Jackson has always been one of the most complete and consistent bodybuilders to ever step on a competitive bodybuilding stage. It’s hard to not consider Dexter’s midsection as iconic in the industry. It didn’t matter what show Dexter entered, you always knew he was going to come in shape.

Dex’s career started back in 1992 and it was in 1999 when we finally got to see him on a pro stage for his debut at the Arnold Classic. Dexter Jackson has five Arnold Classic Ohio titles to his name, three Arnold Europe titles, one Arnold Australia title, two Arnold South Africa titles, and an Olympia title from 2008 where he defeated the great Jay Cutler.

With the pedigree Dexter carries around with him, there’s nothing left to prove. Sure, he mentioned that there are a few more shows he is entering in 2020 that he’d like to win, but the fact of the matter is, a win or not won’t change anything for the legacy this man has created.

Would it be great to see Dexter go out on top by winning all the Arnold Classic’s he’ll be in this year and then walk into the Olympia full steam ahead and get his second Sandow trophy? Absolutely. Do I think it will play out exactly as I said? No. But you can’t knock the fact that at 50, Dexter is doing things in the bodybuilding world that those in their 20s or 30s will NEVER be able to do or accomplish. Dexter Jackson has figured out how to have longevity in the sport. And if the younger generation is smart, they would buy Dexter a meal and sit down to pick his brain on how they can last as long in the sport as he did.

There Will Never Be Another Dexter Jackson in This Sport

As I sit here writing this article, I can’t help but smile when thinking about the career Dexter Jackson has had. All the wins, the smack-talking between competitors, the knowledge bombs he would drop regarding training and nutrition, the DVD he put together with Alex Ardenti titled “Dexter Jackson: Unbreakable” – which is 100% accurate in the fact that’s the truth. Dexter has truly been unbreakable his entire career. It didn’t matter what was thrown at him, he persevered.

With the way the industry is today, no one will ever beat the wins record Dexter Jackson has set. Far too many bodybuilders are only focused on the Olympia and nothing else. Meanwhile, Dexter never allowed himself to get too far out from contest shape which allowed him to enter several shows every year and win. The fact that he stayed conditioned for the most part is also probably why he was so consistent since he didn’t have a ton of weight to take off from the off-season like some of these other bodybuilders are needing to do.

Dexter is truly one of a kind. There are passionate bodybuilders out there on stage – and then there’s Dexter Jackson. He’s a completely different breed. One that will never be duplicated.

What’s Next for Dexter in Retirement?

I could be wrong, but I simply don’t see Dexter riding off into the sunset and leaving the sport completely. If I had to guess, I would assume he will put on a few shows every year that has his name attached to it, and I can see him coaching or mentoring some of the up and coming bodybuilders.

Dexter has such a passion and love for the sport that I can’t see him sitting on his couch doing nothing and taking his mind off of bodybuilding. It’s in his blood. I just don’t think Dexter is the type of person to take up golf and be at the tee box at 7am every morning getting in 18 holes. The gym is his sanctuary and seemingly his second home. Other than Arnold, I’m not sure there’s another person out there who has looked at the inside of a gym more than Dexter Jackson.

It would honestly be a shame if Dexter were to leave the sport for good. I can understand the toll bodybuilding takes on the body after 20+ years and that he may want to completely step away for a little and unwind, but I don’t see that lasting long. Like Arnold, I believe the gym is a way for Dexter to clear his head and work through some things – similar to how it is for many of us.

A Thank You and Well Wishes in Retirement

As a longtime bodybuilding fan, I just want to say thank you, Dexter. You have inspired many of us to get in the gym and push ourselves. You have entertained us every time you stepped on the stage and I stand by my word that there will never be another Dexter Jackson in this sport – ever. I wish you the best with your retirement later this year and hope it’s not the last time we see you at a show. Only the next time it will be in a seat in the crowd with all the other fans and spectators. Cheers, my friend, and good luck this season.