ARNOLD SCHWARZENEGGER IS NOT OUR INDUSTRY LEADER 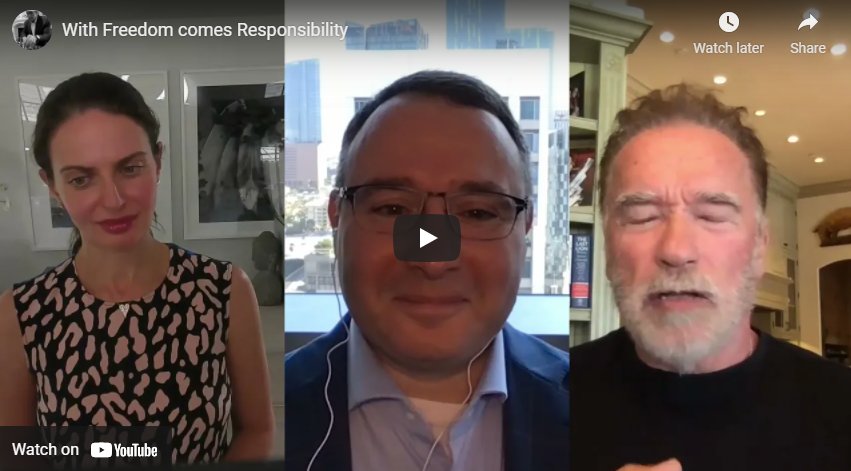 Growing up and seeing Arnold Schwarzenegger in all of the magazines and movies, he was somewhat of an idol of mine. The fact that the man could come over to the United States, basically with nothing, and become what he has today is truly the American dream.

Yet, between politics, affairs, and his moronic statements, it’s my opinion that Arnold Schwarzenegger is NOT our industry leader like many have thought for years.

What Happened to the Old Arnold Schwarzenegger?

Over the years, we have witnessed more and more things involving Arnold that have raised some eyebrows. This is the man who we watched on the big screen, is a household name, has done everything from shooting robots in the face to playing roles that made kids giggle and laugh. We then watched him become the Governor of California.

Through it all, Arnold Schwarzenegger did what he wanted and worked for everything he’s done in his career – including being one of the greatest bodybuilders ever to live.

Now, I’m not sure if staying indoors over the past year has affected his psyche or if he’s now a complete political and government puppet, but the old Arnold is clearly gone.

What Am I Talking About?

I saw a recent interview where Arnold Schwarzenegger talked about the pandemic and his feelings on people not wearing masks or getting the vaccine. Well, he made some pretty outlandish remarks, and, quite honestly, he’s losing A LOT of fans (including me).

I took a look at the comments from his social media posts, and he was getting blasted left and right. But here’s what he said or didn’t say in the interview that has me changing my opinion on Arnold.

Here are my four main points:

In the interview that Arnold Schwarzenegger did, he talked about people wearing/not wearing a mask and getting vaccinated and if it violates their freedom. He believes it doesn’t. But screw MY freedoms? Really? This is the same guy who left Austria to come to the United States for freedom and his ability to build a career, and this hypocrite wants to tell me to “screw my freedom?” We went from EVERYONE complying for the “two weeks to stop the spread” to now over a year into it, and people aren’t going to be told what they should and shouldn’t do. Everyone is going back to their normal lives and isn’t living in fear anymore. These politicians don’t have a plan, and the vaccine isn’t the solution, yet they want to continue to push fear into the brains of Americans.

Sorry, but who TF does Arnold think he is? If it weren’t for the freedoms we have here in America, he would still be the same gap-toothed nobody over in Austria rubbing two nickels together with a donkey helping him with work rather than having one as a pet in his multi-million dollar home these days. America afforded him everything he has today, and he wants to shit on us and tell us to screw our freedom? GTFO.

2. You’re a Schmuck for Not Wearing a Mask

Hey you, if you don’t wear a mask, you’re a schmuck. Yeah, ok, Arnold. Take a seat and relax. I guess when your acting career dries up, you need to turn to politics to get paid. His interview sounded as if the democratic party wrote the entire thing, handed it to him, and told him to stick to the script (even though he’s a “Republican”).

The fact that Arnold Schwarzenegger is calling anyone a schmuck for not wearing a mask is hilarious. This is the same guy who cheated on his wife with their housekeeper and had a child with her. Sorry Ah-nold, you’re the schmuck. Back then, we didn’t have masks, but we had condoms – just sayin’.

3. Didn’t Talk About Health and Exercise

In a time where people need to focus on their health and fitness, Arnold Schwarzenegger decided to play politics. He could have explained that obesity and a deficiency in vitamin D are risk factors for COVID and that people need to focus more on improving their health. But he didn’t. Instead, he was one big talking point for masks and vaccines. You know, the cloth masks they want you to wear that when you sneeze, you can see all of that nastiness go right through and into the air. But, hey, that’s supposed to help protect people, right? Follow the science. LOL.

Yet, here we are with people getting, spreading, and dying from COVID who are fully vaccinated. Does no one else see the issue with this? Getting an experimental vaccine that no one knows the side effects, AND you can still get, spread, and die from the virus. So really, what’s the point? It can help prevent death if you get the virus, supposedly, yet you already had over a 99% survival rate to start.

Getting the vaccine should be a personal choice between you and your doctor. I’m not anti-vax or pro-vax, I’m pro-choice and common sense. People with and without the vaccine are getting sick, so why put a foreign substance in my body? If you’re older or are immunocompromised, by all means, you should probably get it. But if people paid more attention to their health, would we even be having this conversation?

Again, Arnold Schwarzenegger could have talked about immunity and effective ways to help boost the immune system. This is “Mr. Health” from back in the day, and he spoke not a word about health and fitness in the interview nor how to make improvements.

This is the guy who rides his bike everywhere, has a home gym the size of a commercial gym, and supposedly eats incredibly clean. Yet, he was silent when he could have used the platform to promote health and boost immunity. I wonder why? Maybe because he was TOLD what to say? Hmm.

Overall, I’m not impressed with Arnold Schwarzenegger lately. His constant nonsense and political push are taking away from what was once the most powerful man in bodybuilding, health, and fitness.