CHIROPRACTORS ARE NOT MEDICAL DOCTORS 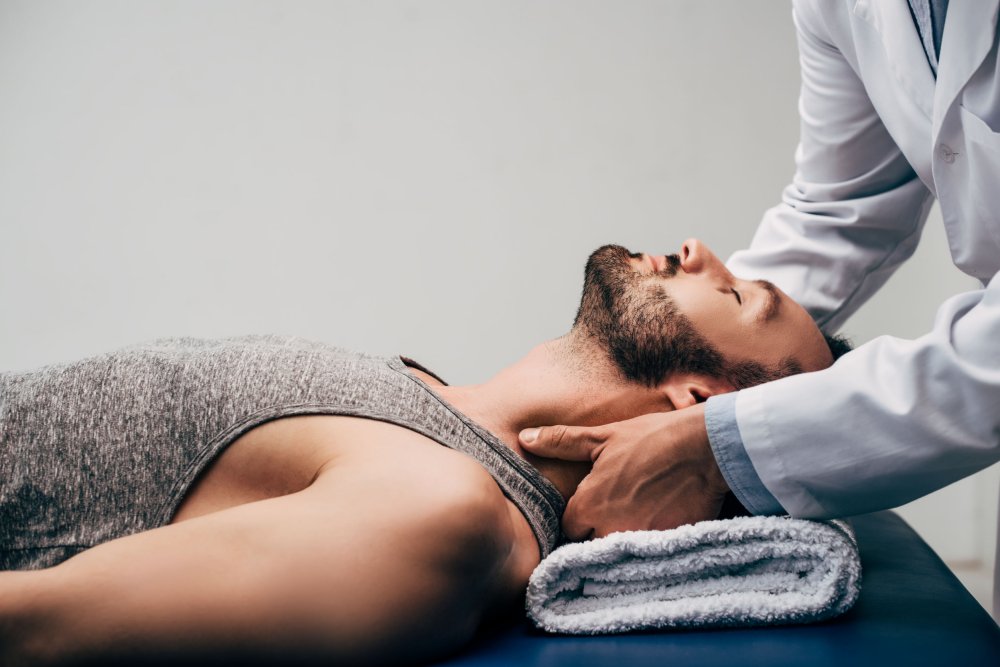 There seems to be an overwhelming amount of interest in chiropractic care. While there’s always been interest in alternative medicine, chiro seems to be in a class all its own. For example, there’s a wide range of treatments, from cupping to cryo to salt baths to acupuncture, which have all earned some credibility, but nothing like chiro. That’s probably because chiropractic requires far more education, it’s recognized as legitimate rehabilitation, and many insurance providers will cover it. Additionally, when it comes to public opinion, more than half the population has a favorable opinion of it; on the flipside, there’s still a great amount of skepticism.

Many still consider chiropractic to be quack science, pointing out that chiropractors are not medical doctors and that spinal manipulation shouldn’t be done, at all.

Interestingly, there’s been a huge amount of interest for the therapy on social media, particularly YouTube. I’ll admit, some might be scratching their head right now. Why would anyone want to watch videos of chiropractors lecturing folks about the nuances of the therapy? And you’d have a point there; I don’t think anyone would want to sit through that, unless it was part of a state board or licensing requirement. But the videos that are going viral aren’t of that. Chiropractors, with the blessing of their patients, have become YouTube celebrities. They tape their sessions, amplify the cracks, and it’s all put on a video, with its own intro, watermarks and catch-phrases. Chiropractic relief videos are popping up all over social media, with related channels getting hundreds of thousands of subscribers and millions of views. At the end of the day, chiropractors are still not medical doctors, but do people really understand that?

Ok so chiropractors are not medical doctors, why is that so important? It’s important because many people are getting duped, whether intentionally or otherwise. The reason a chiropractor calls him/herself doctor and the reason patients call the practitioners by said salutation, is because the practitioner earned a Doctorate in Chiropractic. This is not the equivalent of earning a Medical Doctorate, which requires completion of a four year college degree and the successful completion of medical school. Many chiropractors like to look like, sound like, and carry on like medical doctors. They’ll wear white lab coats, wear stethoscopes, and read from X-rays, that many of them don’t understand.

Speaking of X-rays, most states won’t allow chiropractors to even run them, unless they have an MD in their office. Some chiro’s have an office for their MD… the only problem is the person is never there, it’s just their way of getting through a loophole.

Additionally, many chiros like to really hone in on their medical speak. So you have an old guy in a white lab coat, assessing an X-ray, and talking in the deepest medical terms imaginable. Can you see how many people might easily confuse the performance being put on, with just talking to your everyday primary care physician? It’s misleading and this is why the medical community is very critical of chiropractic care. To many in the medical field, chiropractic is nothing more than smoke and they fight very hard through their lobbying efforts to regulate the profession as much as possible. And the chiropractic community, in kind, fights back through their lobbying efforts.

When it comes to public opinion, chiropractic gets a mixed response. According to a 2015 Gallup poll, “chiropractic care has a positive reputation among many U.S. adults for effective treatment of neck and back pain, with about six in 10 adults either strongly agreeing (23%) or agreeing somewhat (38%) that chiropractors are effective at treating these types of pain.” (1) Overall, it seems chiropractic has won over the majority of the U.S. population, but that still leaves nearly 40% who have doubts and skepticism. If they ran the same poll with established medical practices, we wouldn’t be looking at a 60/40 split, but that’s because these would be procedures performed by highly educated and skilled medical professionals. I’m curious what public opinion for chiropractic care in other countries would be? Iron Magazine has many, many loyal readers from around the world; I hope they’ll provide feedback.

I know of a great many people who have given up on modern medicine. They don’t trust their doctors, they may have gripes with Big Pharma, and others may feel that the medical profession has lost its footing. Many people don’t think doctors get into the work to help people; some think they just do it for the money. Whatever, they may or may not do it for, however, it doesn’t change the fact that they can diagnose, treat, and eventually cure illnesses. The fact is, while spinal manipulation done by a licensed chiropractor may be safe, is it necessary? Despite some initial relief, which may also be psychological, does the therapy either rehabilitate those who have been injured or improve the quality of life of those who do it for maintenance? If someone needs shoulder or back surgery, if they need a new hip, or if they’ve been involved in a motor vehicle accident, is going to a person who makes their back crack going to make any kind of a difference? Will it be a viable option to surgery?

I can tell you that if chiropractic gives a patient enough relief as to where they don’t need to rely on pain management, then that’s a good thing. “Pain management” is simply code for powerful opiates and NSAIDs which are extremely taxing on the liver, and create very dangerous addictions and lifelong dependencies. That’s a part of the medical world that I, personally, have a moral objection with. Most MD’s simply won’t hear of anything that’s alternative or holistic. DO’s, on the other hand, will and have worked hard for there to be a little more open-mindedness in the medical field. That being said MD’s and DO’s are medical doctors – chiropractors are not.

While I’m not entirely on board or opposed to chiro, I do find it troubling that over the course of all the videos I’ve seen, I have never once, seen a chiro tell a would-be patient that they’re ok and don’t need therapy. I have also known of many chiropractors who put patients on extended treatment plans for no other, apparent, reason than to drain their insurance and/or hit them hard in the wallet. It can’t be that every single human being on Earth has a condition that requires manual spinal manipulation, right? Have you or anyone you know, ever gone to a chiropractor and been told there’s nothing wrong with you, to just go home and relax? I can tell you I’ve gone to check-ups with MD’s where that’s happened, but I have never heard of chiropractors turning away business. And a growing number of them no longer take insurance; instead, they want cash. This is concerning because it starts to look like a money grab.

With regards to the therapy itself, it’s been deemed to be safe, but anything dealing with the spine, leaves me uneasy. MD’s have to earn a four year college degree, go to medical school, and then do a residency. Chiropractors may only need an Associate’s Degree and go to 3 yrs of Chiropractic school. Their work covers the musculoskeletal system, focusing on spinal manipulation, either with their hands or tools. The cracking noise that everyone hears and that’s gained a huge popularity on social media, is simply the product of releasing nitrogen.

A lot of people who go to medical doctors with an ailment, want specificity when there is none, they want a cure when there isn’t one, and/or they want immediate relief, when it may take days, weeks, months or even years. While chiros don’t actually heal anything, they provide a therapy that seems to give immediate results. Whether it’s the cracking sound, the initial decompression, or a placebo effect, there’s the facade of recovery – or the beginnings of it. The problem is, once the nitrogen is gone it’ll accumulate again, requiring future visits. Also, a person can throw out their adjustment, simply, by walking to the car and getting into it wrong. It’s that easy. Then again, chiropractic care has changed lives for countless individuals. There are a great many people who swear by it and preach it to the world.

I’m still open to whether or not chiro works. I often think about getting an adjustment; however, the main point, as far as I’m concerned, is that people truly understand that although chiro practitioners may be called doctors, look like doctors, and receive patients in “clinics,” they are not medical doctors. I want to emphasize that chiropractic should not be a substitute for medical care. Then again, these are just my feelings; people are free to do whatever they want. I’m merely an opinionated lay person and a journalist. I have no medical education – at all whatsoever – but I do have strong feelings on this topic.