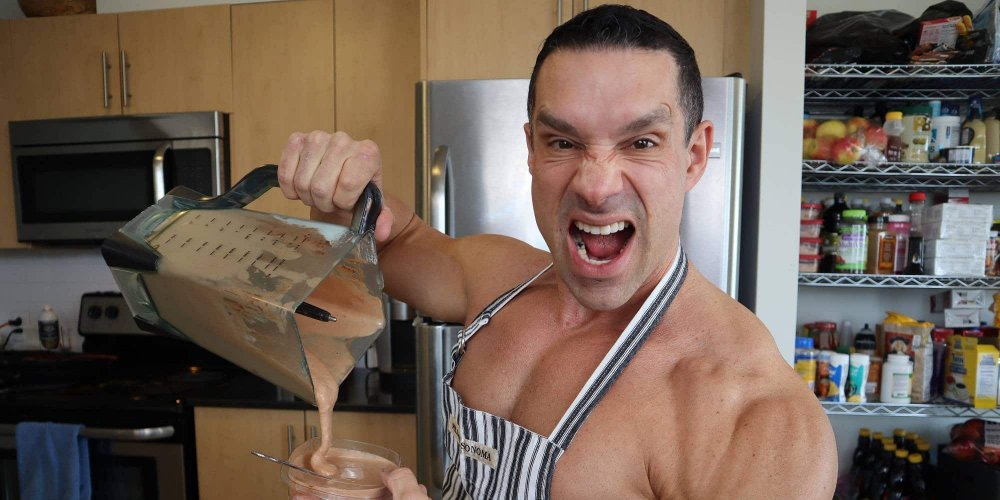 People seem to have a love/hate relationship with Greg Doucette. I myself have said in the past that I can’t get through his videos as he sounds like Gilbert Gottfried. While Greg seems to be tied up in online beef and battles with some of the internet’s finest (that’s a joke), I never really gave him a fair shake.

While Greg Doucette is an IFBB Pro, he may be more well-known for his YouTube channel, where he has over 1.04 million subscribers. I’m not gonna lie, that’s frickin’ impressive.

I guess I can thank Robert DiMaggio for putting a bug in my ear that I should check this guy out a little closer as he, himself, enjoys the content that Greg puts out and finds value in it.

After I did some digging and found that over a million people on YouTube and over 331,000 followers on Instagram were die-hard followers, I thought maybe I’ve overlooked something – which I did. The guy knows what he’s talking about and expresses himself in an entertaining way.

Does Greg put on a show for his channel and social platform? Yeah, I’d assume so and don’t believe he’s really that way in real life, but an online persona shouldn’t be something we demonize (unless it’s done in a way to harm people). Greg seems like he really wants to help people through his work.

The more I looked at Greg’s content, the more I actually started to like him (I know, some of you may be shocked) – and even got over my initial thoughts on his ear-stabbing voice and personality.

Greg Doucette and His No BS, No-Nonsense Approach

I wouldn’t say that I’m a fanboy of Greg Doucette and am on the edge of my seat waiting to see his next piece of content, but I now have a new appreciation for what he’s doing in the industry. So much so that I may actually buy his new The Ultimate Anabolic Cookbook 2.0 to see what it’s all about.

Here’s a quick disclaimer as I know people are going to mention it in the comments. No, I don’t believe Greg Doucette is natty, but nor do I care. I know he does some “Natty or Not” content, but in my eyes, most people in the industry are using something and to each his or her own (yes, I said “HER” as many female competitors are using performance-enhancing drugs these days to help them achieve their look on a competitive stage).

Does Greg Doucette have the best “image” in the fitness and bodybuilding industry? I guess that would depend on who you’re asking. A simple Google search will show up a few things that I’m sure Greg is not proud of, but I’m not going to judge him solely off of his actions in the past. People can change and learn from their mistakes, so we’ll move forward and focus on the present version of Greg Doucette.

All of that being said, Greg Doucette has a TON of educational content on his YouTube channel and has authored quite a few books as well, which I can appreciate, being an author myself.

In addition, he makes a sh*t ton of money from his training clients. I mean, a full-year program (training, nutrition, supplements) under his watchful eye will set you back $24,000, and from what I understand, he has more than enough clients to keep him busy (respect). A 20-minute phone consultation with Greg will set you back $500. He even makes a killing off of his eBooks that he sells on his website for anywhere from $47 up to $199. So, in a nutshell, if you want to work with “Coach Greg,” make sure you have some coin in your bank account. And that’s not to downplay or dismiss what Greg can do for you in order to help you achieve your health and fitness goals. He’s got a bunch of revenue streams coming in. It’s smart.

Greg has a no BS, no-nonsense attitude and mentality when it comes to health, fitness, nutrition, and supplements. I appreciate the fact that he makes controversial videos on topics that not many people want to make or talk about – especially the ones where he’s calling people out for some shady practices. In a world where everyone gets butt-hurt when someone says something negative about them or challenges them, Greg does an excellent job (in my opinion) of presenting the facts and explaining his position rather than spewing a bunch of nonsense just to make an entertaining video and get clicks and views for the ad revenue (which I’m sure he also makes some good money from).

Now, does Greg go off of the rails sometimes in his content? Yup. But that’s kind of his thing to keep it fun and entertaining. After all, watching a video that was 100% educational without any humor could get pretty dry after a while. And Greg definitely brings the entertainment factor into play.

Would I recommend you subscribe to Greg’s YouTube channel? I would. Mind you, if you’ve never watched his content, be prepared for an in-your-face voice that some (like me initially) may not be able to get over.

His content on YouTube is top-notch, and he brings a ton of value to his platforms that I feel many people can learn from so that they can stop making some of the common mistakes and pitfalls they are finding themselves in that are stalling their muscle-building or weight loss progress.

Whether you like Greg Doucette or hate him, I think the dude is smart and knows how to work on his social media and YouTube channel. He averages well over 100k views on all of his YouTube content, so clearly, others find something of value from what he does, or they wouldn’t be wasting their time.

So, I guess in closing, an apology is in order. I apologize to Greg Doucette for not giving him a fair shake. As a content creator myself, I understand how once you hit the publish button, things can go one of two ways. People will either love you or hate you, and their opinion can be formed from watching or reading just one piece of content. Now that I’ve engaged with more of his content, I’m a fan of it.