IS BLESSING AWODIBU NOT LIVING UP TO THE HYPE? HE TALKS A GOOD GAME 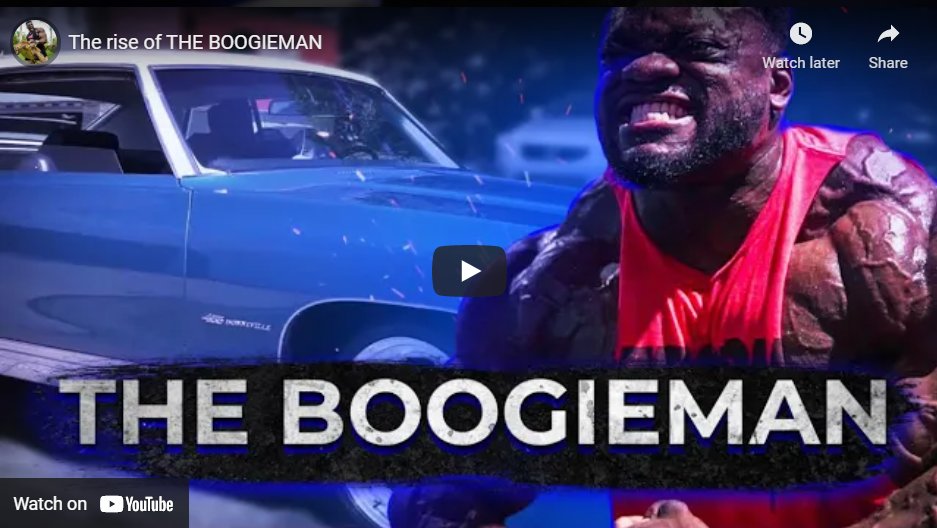 I’m not one to start drama, but Blessing walked himself into this one. For someone who talked a good game and spent months trashing Nick Walker, to come in third at the Indy Pro should quiet him down a little (the keyword being “should”). Now, we may find Blessing Awodibu improve slightly going into the New York Pro, but I don’t think there’s any chance that he comes away with a win.

One thing we shouldn’t discredit is how good some of the guys at the Indy Pro looked. The talk going into the show was that Blessing Awodibu was going to come in and take his first win as a pro bodybuilder. Well, that didn’t exactly happen as he planned. So, where exactly did the wheels fall off for Blessing? Actually, it was the “wheels” that were the problem.

Blessing Awodibu is Good, But NOT a Complete Bodybuilder (Yet)

I like Blessing, I think he’s good for the sport. The dude has a heck of a sense of humor, but the only person he made laugh at the Indy Pro was Nick Walker – and it was because of all the smack he was talking. Blessing Awodibu has made the sport fun and interesting. His commercials for Redcon1 have been hilarious, and it’s good to see that Blessing (similar to Kai) can act. While he may not grace a starring role in any upcoming movies, he adds an element to the sport of bodybuilding that has been lacking since Kai walked away from the competitive stage.

As we get closer to the New York Pro, the storyline has been the Nick Walker versus Blessing Awodibu showdown. Well, Blessing may not even have the opportunity to stand next to Nick at the New York Pro. While his first appearance as a pro bodybuilder wasn’t bad by any stretch of the imagination, the line-up at the New York Pro is going to be even deeper.

Justin Rodriguez came into the Indy Pro ready to throw down, and he definitely landed some knockout shots to everyone in the line-up. Mohamad El Elam came in prepared to contend for the title and rack up some Olympia qualifying points. Both of them essentially came in and got the job done.

The pre-judging at the Indy Pro left many people to wonder where Blessing Awodibu would even place. He was on the outside of the call-out line and looked to be battling for fourth or even fifth place. It looked as if even Morgan Aste was giving Blessing a run for a top-five finish, and at that point, it was really anyone’s opportunity to make some moves in the line-up. Luckily for Blessing, he made some changes leading into the night show and came back looking much better than his pre-judging showing, but wasn’t good enough to place any better than third (which still isn’t bad for his first IFBB pro bodybuilding competition).

However, there are some things that Blessing Awodibu needs to work on if he wants to be a contender at shows – his legs. I touched on the “wheels falling off” earlier in this article, and it seems that was one of Blessings weak points, and he was definitely exposed at the Indy Pro.

Where does Blessing go from here? Well, it’s apparent (I shouldn’t have to tell him) that his legs are his weakest body part. Even before the Indy Pro, we saw some progress pictures where Blessing showed his legs, and they were definitely a topic of discussion in the comments of posts. His hamstrings were underdeveloped, and his calves were essentially missing from his physique. Those would be two areas he could improve on.

When it comes down to it, Blessing Awodibu has an outstanding upper body. His lower body… well, doesn’t really come close to the size and structure of his upper body, and it messes with his balance and overall package. If Blessing can take the time to focus on his lower half and add some mass (and detail from the backside), he could be an extremely dangerous bodybuilder. He’s got the work ethic to get it done, so I’m not writing off his career by any means.

What’s Going to Happen at the New York Pro?

I’m no psychic, and my crystal ball seems to be misplaced, but I’m relatively confident in saying there’s no way in hell that Blessing Awodibu is coming away with a win if he struggled the way he did at the Indy Pro.

You have guys like Nick Walker, Hassan Mostafa, Justin Rodriguez (who just won the Indy Pro), Morgan Aste, and Mohamad El Elam (who just placed 2nd at the Indy Pro), just to name a few entering the New York Pro. If Blessing thinks he’s going to come home with the win, he will need to beat multiple guys he lost to in the previous show. Does he have enough time to make the necessary changes? No, I personally don’t think so.

Who will come home with the win at the New York Pro? Who knows? Do I think Nick Walker will win the show? Honestly, I don’t think so. I believe Justin Rodriguez, Mohamad El Elam, and Hassan Hostafa may battle it out for the top spot. Blessing will probably be pushed back to 4th or 5th place (maybe even outside of the top five?). But I could be wrong?

If you were to hold me to a single prediction, I might have to go with Hassan Hostafa winning the show. I think the guy has a killer physique, and next to the other guys in the line-up will be interesting. Can he edge out Justin Rodriguez and Mohamad El Elam? I think it’s going to be one hell of a show, and while the Indy Pro was interesting and a great way to really kick-off the bodybuilding season, I think the New York Pro is going to get some excitement going in the IFBB and prepare us for, yet another, amazing Olympia showdown.

Who do you think will win the New York Pro? Let us know down in the comments who you believe will take it home and get their invite to the 2021 Olympia.